During the second agricultural revolution, U.S. agricultural productivity rose fast, especially due to the development of new technologies.

Outline agricultural advances that have resulted in productivity gains

Huge productivity gains in agriculture were recorded in the twentieth century. Avoiding losses of agricultural products to spoilage, insects, and rats contributes significantly to productivity. Large amounts of hay stored outdoors were traditionally lost to spoilage before indoor storage or other means of coverage became more common. Pasteurization of milk allowed it to be shipped by railroad. (It was noted that calves fed pasteurized milk were less likely to develop tuberculosis, and soon it was found that pasteurization reduced the incidences of several other diseases in humans. ) Keeping livestock indoors in winter reduces the amount of feed needed. Also, feeding chopped hay and ground grains, particularly corn (maize), was found to improve digestibility. The amount of feed required to produce a kilogram of live weight chicken fell from 5 in 1930 to 2 by the late 1990s and the time required fell from 3 months to 6 weeks.

Between 1950 and 2000, during the so called “second agricultural revolution of modern times,” U.S. agricultural productivity rose fast, especially due to the development of new technologies (the greatest period of agricultural productivity growth in the U.S. occurred from World War 2 until the 1970s). For example, the average amount of milk produced per cow increased from 5,314 pounds to 18,201 pounds per year (+242%), the average yield of corn rose from 39 bushels to 153 bushels per acre (+292%), and each farmer in 2000 produced on average of 12 times as much farm output per hour worked as a farmer did in 1950.

Manufacturing is a critical sector in the U.S. economy, creating millions of jobs and contributing substantially to overall GDP.

Discuss the various factors that impact productivity in manufacturing, alongside trends in jobs and production

Manufacturing in the United States is important both economically and politically. As a potential source of gross domestic product ( GDP ) and jobs across various skill levels, manufacturing plays a vital role in the overall health of the U.S. economy.

Jobs and overall contributions to GDP from manufacturing are impacted by a number of factors, most importantly trends in outsourcing, changes in skilled labor (domestically), and advances in technology.

With globalization and the availability of affordable labor and real estate overseas, there has been a trend towards outsourcing manufacturing over the past few decades. This trend has had some clear effects on the overall number of manufacturing jobs domestically and the GDP. 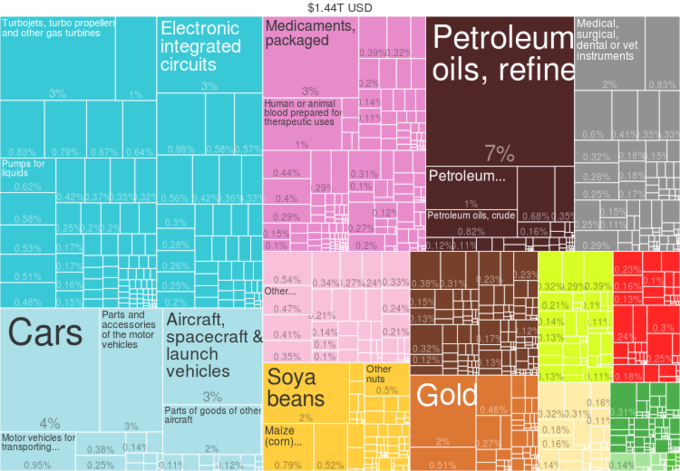 2014 U.S. Exports: This is a graphic diagram depicting the most common U.S. exports, including a number of manufactured goods.

On the other side of things, globalization has opened more markets than ever before. U.S. manufactured goods are sold across the world, which offers great potential for expanding upon production levels of manufacturing. The United States manufacturers more goods than any other country excepting China and the EU as of 2014, indicating that trends in decreasing manufacturing employment may be a result of complex factors such as technological evolution.

Similarly, technology has increased the efficiency of manufacturing significantly over time. This increase in efficiency often results in less labor required for a higher volume of output. As this trend continues, and robotics (and even AI) continues to evolve, some jobs may be lost to technology while gross output should increase (or, at least maintain).

Manufacturing is a significant aspect of the U.S. economy, and will maintain its importance in the near future. Outsourcing of jobs and technological advances are a threat to the availability of jobs in this sector, while access to global markets and a political focus on creating jobs offers growth opportunities.

Productivity improving technologies date back to antiquity, and have accelerated greatly of late.

In 1889, David Ames Wells described the economic events and technologies that created the great productivity growth during 1870-1890:

“The economic changes that have occurred during the last quarter of a century -or during the present generation of living men- have unquestionably been more important and more varied than during any period of the world’s history.”

Technologies that improve productivity date back to antiquity, with rather slow progress until the late Middle Ages. Technological progress was aided by literacy and the diffusion of knowledge that accelerated after the spinning wheel spread to Western Europe in the 13th century. The spinning wheel increased the supply of rags used for pulp in manufacturing paper, and the technology reached Sicily sometime in the 12th century. Cheap paper was a factor in the development of the moveable type printing press, ca. 1440, which lead to a large increase in the number of books and titles published.

Books on science and technology eventually began to appear, such as the mining technical manual, De Re Metallica. Mining and metal refining technologies played a key role in technological progress. Much of our understanding of fundamental chemistry evolved from ore smelting and refining, with De Re Metallica being the leading chemistry text for 180 years. Railroads evolved from mine carts and the first steam engines were designed specifically for pumping water from mines.

Later, near the beginning of the Industrial Revolution, came publication of the Encyclopédie, written by numerous contributors and edited by Denis Diderot and Jean le Rond d’Alembert (1751–72). It contained many articles on science and was the first general encyclopedia to provide in depth coverage on the mechanical arts, but far more celebrated for its presentation of thoughts of the Enlightenment.

Important mechanisms for the transfer of technical knowledge were scientific societies. The Royal Society of London for Improving Natural Knowledge is one example, though they were better known as the Royal Society and technical colleges. The École Polytechnique is one example. Probably the first period in history in which an economic progress was observable during one generation was the British Agricultural Revolution in the 18th century.

Productivity gains were not just the result of inventions, but also of continuous improvements to those inventions which greatly increased output in relation to both capital and labor compared to the original inventions. 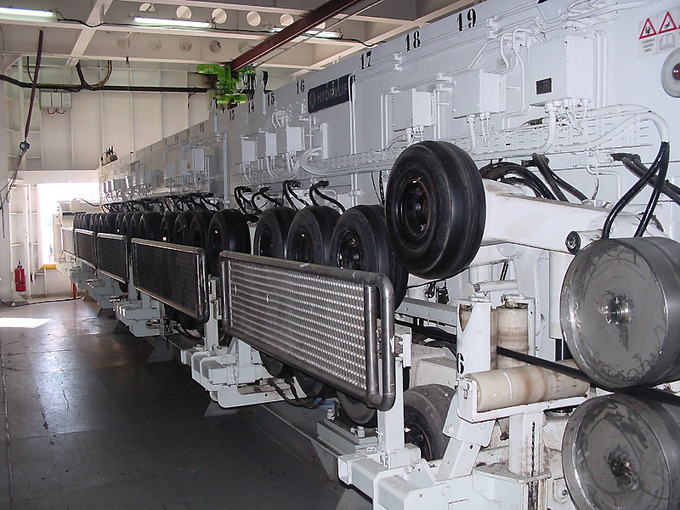 Since the beginning of the Industrial Revolution, some of the major contributors to productivity have been as follows:

Example: The Spinning Jenny and Spinning Mule greatly increased the productivity of thread manufacturing compared to the spinning wheel 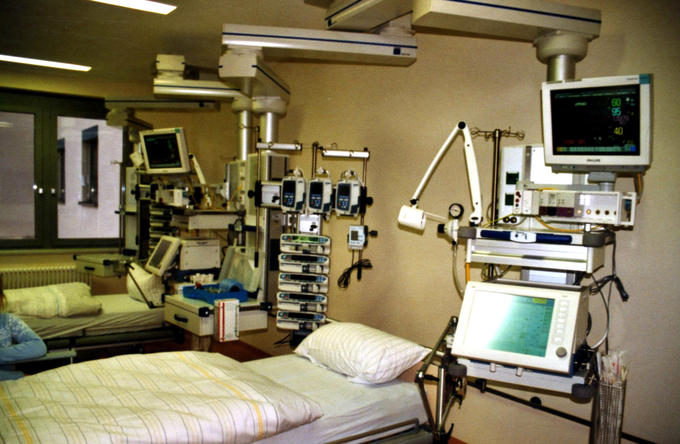 Hospital equipment: Health care is part of the service economy

In fact, the current list of Fortune 500 companies contains more service companies and fewer manufacturers than in previous decades.

A “service” can be described as all intangible effects that result from a client interaction that creates and captures value. Services are everywhere in today’s world. The sector ranges from common “intangible” goods, such as health and education, to newer goods, such as modern communications and IT. Services are said to be essential to increase productivity and growth and are considered salient to the development of knowledge-based economies.

Many products are being transformed into services. For example, IBM treats its business as a service business. Although it still manufactures computers, it sees the physical goods as a small part of the “business solutions” industry.

The growth of the service sector is, in part, a response to the change of traditional manufacturing industries into services. Many modern services combine both products and services, and the distinction between the two has blurred. However, still a number of typically shared characteristics distinguish services from goods-producing sectors. These include a clear focus on knowledge and ICT, ever-changing business processes, and unique financial, regulatory, and investment structures. Service industries also cover a large variety of business types, from travel to highly knowledge-intensive services, such as global communication networks and specialized financial services. In general, knowledge-intensive services encompass both professional services (e.g., financial, legal), and science and technology-linked services (e.g., environmental, mining, health).