Four Ways to Represent a Function

Functions can be expressed in four different ways.

A function is a relation between a set of inputs and a set of permissible outputs, provided that each input is related to exactly one output. An example is the function that relates each real number [latex]x[/latex] to its square [latex]x^2[/latex]. The output of a function [latex]f[/latex] corresponding to an input [latex]x[/latex] is denoted by [latex]f(x)[/latex] (read “f of x“). In this example, if the input is [latex]-3[/latex], then the output is 9, and we may write [latex]f(-3)=9[/latex]. The input variable (s) are sometimes referred to as the argument(s) of the function.

Modern calculus texts emphasize that a function can be expressed in four different ways.

Verbal: When modeling a process mathematically, one often first develops a verbal description of the problem. For example, the expression [latex]2x+6[/latex] can be represented as “Double x and add six” or “six added to two times x”.

Algebraic: This is the most common, most concise, and most powerful representation: [latex]2x+6[/latex]. Note that in an algebraic representation, the input number is represented as a variable (in this case, an x).

Graphical: This involves modeling a function in a dimensional overlay. Scientific data is often recorded in a visual format. Examples include seismograph readings, electrocardiograms, and oscilloscope readings.

These are not four different types of functions; they are four different views of the same function. One of the most important skills in algebra and calculus is being able to convert a function between these different forms, and this theme will recur in different forms throughout the text.

Mathematical models are used to explain systems, study effects of components, and make predictions about behavior.

Discuss the uses of mathematical models

For example, a simple model of population growth is the Malthusian growth model. This is essentially exponential growth based on a constant rate of compound interest: [latex]P(t)=P_0e^{rt}[/latex] where [latex]P_0=P(0)=\text{initial population}[/latex], [latex]r[/latex] is the growth rate, and [latex]t[/latex] is the time. 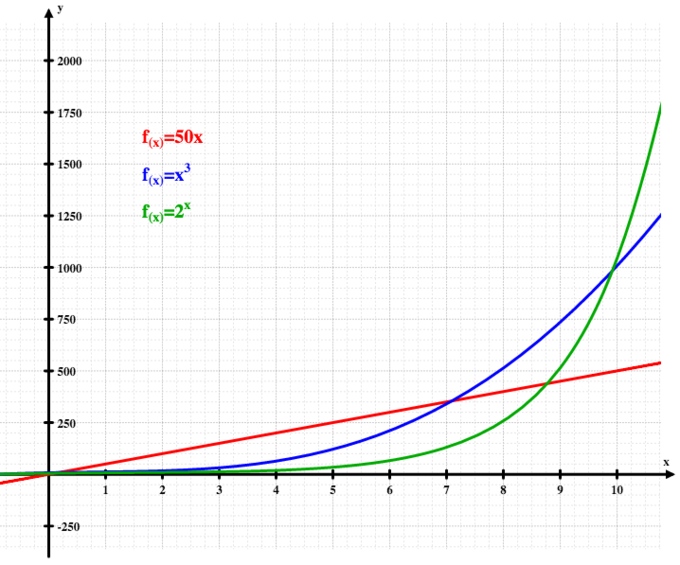 A slightly more realistic and largely used population growth model is the logistic function that may be defined by the formula: [latex]P(t) = \frac{1}{1 + e^{-t}}[/latex]. 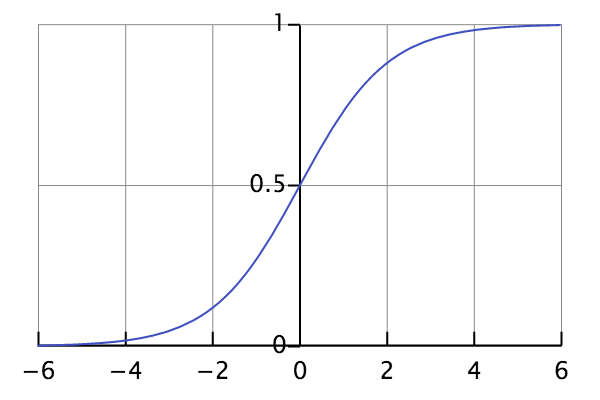 Notice the difference between this model and the previous. In the previous, the model predicts continued increase of population with time, whereas this more realistic model shows a decrease in growth rate until the population reaches an approximate steady state. Such a trend aligns with physical reality; there is a limit on the number of people finite environmental resources can sustain. Another example is a model of a particle in a potential-field. In this model we consider a particle as being a point of mass following a trajectory in space modeled by a function giving its coordinates in space as a function of time. The potential field is given by a function [latex]V:R^3 \rightarrow R[/latex] and the trajectory is a solution of a differential equation.

Even many everyday activities carried out without a thought are uses of mathematical models. A geographical map projection of a region of the earth onto a small, plane surface is a model which can be used for many purposes such as planning travel.