When dissolved in water, a basic salt yields a solution with pH greater than 7.0.

In acid-base chemistry, a salt is defined as the ionic compound that results from a neutralization reaction between an acid and a base. As such, salts are composed of cations (positively charged ions ) and anions (negative ions), and in their unsolvated, solid forms, they are electrically neutral (without a net charge). The component ions in a salt can be inorganic; examples include chloride (Cl−), the organic acetate (CH3COO−), and monatomic fluoride (F−), as well as polyatomic ions such as sulfate (SO42−).

The Reaction of a Basic Salt in Water

There are several varieties of salts, and in this section we will consider basic salts. What makes a basic salt basic? It is due to the fact that the anion in the salt is the conjugate base of a weak acid. For a generalized anion B–, the net ionic reaction is:

An example of a basic salt is sodium bicarbonate, NaHCO3. The bicarbonate ion is the conjugate base of carbonic acid, a weak acid. Therefore, it reacts with water in the following fashion:

Because it is capable of deprotonating water and yielding a basic solution, sodium bicarbonate is a basic salt.

Other examples of basic salts include:

Notice that for all of these examples, the anion is the conjugate base of a weak acid (carbonic acid, bisulfate (second dissociation step of sulfuric acid), acetic acid, hydrocyanic acid, hydrogen sulfide).

Sodium Bicarbonate: Because the bicarbonate ion is the conjugate base of carbonic acid, a weak acid, sodium bicarbonate will yield a basic solution in water.

When dissolved in water, acidic salts form solutions with pH less than 7.0.

Explain the formation of acid salts and their effects on a solution’s pH.

Salts With a Hydrolyzable Cation

When dissolved in water, acidic salts will yield solutions with pH less than 7.0. This is due either to the presence of a metal cation that acts as a Lewis acid (which will be discussed in a later concept), or, quite commonly, due to a hydrolyzable proton in the cation or the anion. Salts with acidic protons in the cation are most commonly ammonium salts, or organic compounds that contain a protonated amine group. Examples include:

An example of an acid salt is one containing any of these cations with a neutral base, such as ammonium chloride (NH4Cl).

Salts With Hydrolyzable Protons in the Anion

Each of these anions contains a proton that will weakly dissociate in water. Therefore, salts containing these anions—such as potassium bisulfate—will yield weakly acidic solutions in water.

Determining Acidity or Alkalinity of a Hydrolyzable Ion 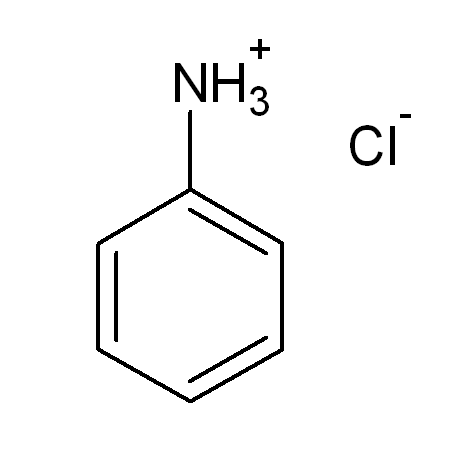 Overview of the Acid-Base Properties of Salt

Some salts, such as ammonium bicarbonate (NH4HCO3), contain cations and anions that can both undergo hydrolysis.

Predict the pH of a solution of a salt containing cations and anions, both of which participate in hydrolysis.

Summary of Acidic and Basic Salts

As we have discussed, salts can form acidic or basic solutions if their cations and/or anions are hydrolyzable (able to react in water). Basic salts form from the neutralization of a strong base and a weak acid; for instance, the reaction of sodium hydroxide (a strong base) with acetic acid (a weak acid) will yield water and sodium acetate. Sodium acetate is a basic salt; the acetate ion is capable of deprotonating water, thereby raising the solution’s pH.

Acid salts are the converse of basic salts; they are formed in the neutralization reaction between a strong acid and a weak base. The conjugate acid of the weak base makes the salt acidic. For instance, in the reaction of hydrochloric acid (a strong acid) with ammonia (a weak base), water is formed, along with ammonium chloride. The ammonium ion contains a hydrolyzable proton, which makes it an acid salt.

Salts in Which Both Ions Hydrolyze

The following is a more complicated scenario in which a salt contains a cation and an anion, both of which are capable of participating in hydrolysis. A good example of such a salt is ammonium bicarbonate, NH4HCO3; like all ammonium salts, it is highly soluble, and its dissociation reaction in water is as follows:

Hydrolysis of salts: This video examines the hydrolysis of an acid salt, a basic salt, and a salt in which both ions hydrolyze.