Amorphous solids lack a crystalline or long-range order to their atomic structure.

Discuss the characteristics of amorphous solids.

Solids can be divided into two classes: crystalline and amorphous. The first and most common type, known as crystalline or morphous, has regular crystal lattices, or long-range order. These solids are stabilized by the regular pattern of their atoms. Their characteristic properties include distinct melting and boiling points, regular geometric shapes, and flat faces when cleaved or sheared. Some examples include sodium chloride, ice, metals, and diamonds.

Amorphous solids, on the other hand, are rigid, but they lack repeated periodicity or long-range order in their structure. These substances do not show a sharp distinction between the solid and liquid states. Amorphous solids lack a characteristic geometry, have identical properties along all axes, have wide ranges over which they melt, and break to form curved or irregular shapes.

It is important to note that these terms mark two extremes on a continuum. Most amorphous solids have some short-range order. At an atomic scale, it is difficult to distinguish between the two different types, even using advanced analytical techniques such as x-ray diffraction and transmission electron microscopy. 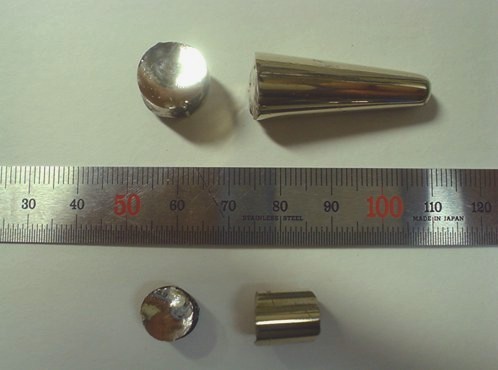 Most classes of solid can be found in an amorphous form. Amorphous solids can be prepared in a variety of ways, such as rapidly cooling from the molten state or seeding the solid with an additive that disrupts long-range order.