The average atomic mass of an element is the sum of the masses of its isotopes, each multiplied by its natural abundance.

Atoms of the same element can, however, have differing numbers of neutrons in their nucleus. For example, stable helium atoms exist that contain either one or two neutrons, but both atoms have two protons. These different types of helium atoms have different masses (3 or 4 atomic mass units ), and they are called isotopes. For any given isotope, the sum of the numbers of protons and neutrons in the nucleus is called the mass number. This is because each proton and each neutron weigh one atomic mass unit (amu). By adding together the number of protons and neutrons and multiplying by 1 amu, you can calculate the mass of the atom. All elements exist as a collection of isotopes. The word ‘isotope’ comes from the Greek ‘isos’ (meaning ‘same’) and ‘topes’ (meaning ‘place’) because the elements can occupy the same place on the periodic table while being different in subatomic construction. 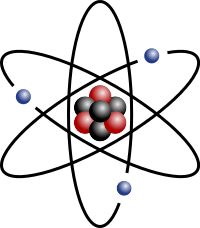 The average atomic mass of an element is the sum of the masses of its isotopes, each multiplied by its natural abundance (the decimal associated with percent of atoms of that element that are of a given isotope).

Average atomic mass = f1M1 + f2M2 +… + fnMn where f is the fraction representing the natural abundance of the isotope and M is the mass number (weight) of the isotope.

Another example is to calculate the atomic mass of boron (B), which has two isotopes: B-10 with 19.9% natural abundance, and B-11 with 80.1% abundance. Therefore,

Whenever we do mass calculations involving elements or compounds (combinations of elements), we always use average atomic masses.

Mass spectrometry is a powerful characterization method that identifies elements, isotopes, and compounds based on mass-to-charge ratios.

Define the primary application of a mass spectrometer

Mass spectrometry (MS) is a powerful technique that can identify a wide variety of chemical compounds. It is used to determine a particle’s mass, the elemental composition of a sample, and the chemical structures of larger molecules.

Mass spectrometers separate compounds based on a property known as the mass-to-charge ratio: the mass of the atom divided by its charge. First, the sample is ionized. Ionization is the process of converting an atom or molecule into an ion by adding or removing charged particles such as electrons or ions. Once the sample is ionized, it is passed through some form of electric or magnetic field. A particle’s mass can be calculated based on parameters such as how long it takes to travel a certain distance or its angle of travel. 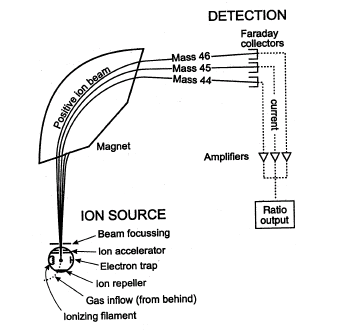 Schematic of Mass Spectrometer: A sample is loaded onto the mass spectrometer, where it undergoes vaporization and ionization. The components of the sample are ionized by one of a variety of methods, such as the ionizing filament. The ions are separated in an analyze by magnetic fields. They are separated according to their mass-to-charge ratios. The ions are detected, usually by a quantitative method such as a Faraday collector. The ion signal is processed into a mass spectrum.

There are a wide variety of techniques for ionizing and detecting compounds. 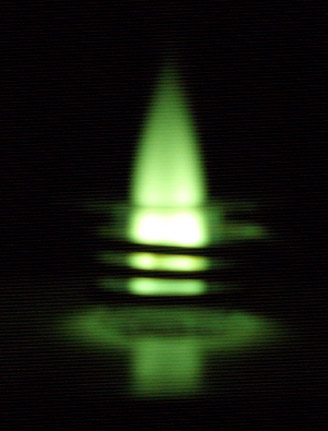 The ion source is the part of the mass spectrometer that ionizes the compound. Depending on the information desired from mass spectrometry analysis, different ionization techniques may be used. For example, the most common ion source for analyzing elements is inductively coupled plasma (ICP). In ICP, a 10,000-degree C “flame” of plasma gas is used to atomize sample molecules and strip the outer electrons from those atoms.

The plasma is usually generated from argon gas. Plasma gas is electrically neutral overall, but a substantial number of its atoms are ionized by the high temperature.

Electron impact (EI) is another method for generating ions. In EI, the sample is heated until it becomes a gas. It is then passed through a beam of electrons. This high-energy beam strips electrons from the sample molecules, leaving behind a positively charged radical species.

Mass analyzers separate the ions according to their mass-to-charge ratios. There are many types of mass analyzers. Each has its strengths and weaknesses, including:

For example, a time-of-flight (TOF) analyzer uses an electric field to accelerate the ions through the same potential and then measures the time they take to reach the detector. Since the particles all have the same charge, their velocities depend only on their masses, and lighter ions will reach the detector first.

Another type of detector is a quadrupole. Here, ions are passed through four parallel rods, which apply a varying electric voltage. As the field changes, ions respond by following complex paths. Depending on the applied voltage, only ions of a certain mass-to-charge ratio will pass through the analyzer. All other ions will be lost by collision with the rods.

Here is how a mass spectrometer would analyze a sample of sodium chloride (table salt).