The various types of energy include kinetic, potential, and chemical energy.

Differentiate between types of energy

Energy is a property of objects which can be transferred to other objects or converted into different forms, but cannot be created or destroyed. Organisms use energy to survive, grow, respond to stimuli, reproduce, and for every type of biological process. The potential energy stored in molecules can be converted to chemical energy, which can ultimately be converted to kinetic energy, enabling an organism to move. Eventually, most of energy used by organisms is transformed into heat and dissipated.

Energy associated with objects in motion is called kinetic energy. For example, when an airplane is in flight, the airplane is moving through air very quickly—doing work to enact change on its surroundings. The jet engines are converting potential energy in fuel to the kinetic energy of movement. A wrecking ball can perform a large amount of damage, even when moving slowly. However, a still wrecking ball cannot perform any work and therefore has no kinetic energy. A speeding bullet, a walking person, the rapid movement of molecules in the air that produces heat, and electromagnetic radiation, such as sunlight, all have kinetic energy.

For example, chemical energy is contained in the gasoline molecules that are used to power cars. When gas ignites in the engine, the bonds within its molecules are broken, and the energy released is used to drive the pistons. The potential energy stored within chemical bonds can be harnessed to perform work for biological processes. Different metabolic processes break down organic molecules to release the energy for an organism to grow and survive. 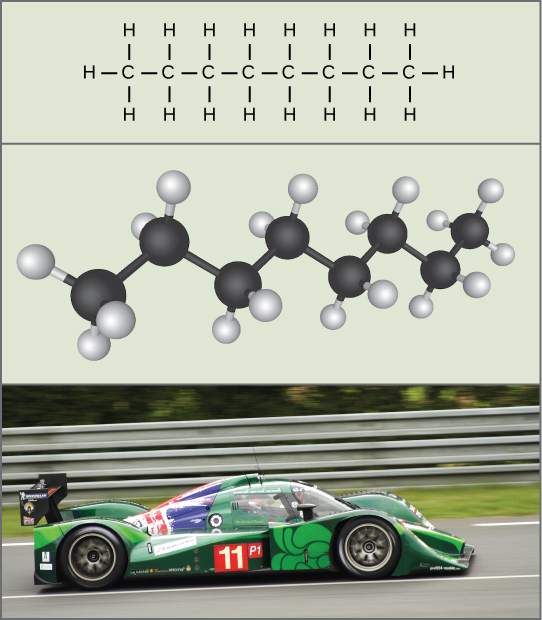 Chemical energy: The molecules in gasoline (octane, the chemical formula shown) contain chemical energy. This energy is transformed into kinetic energy that allows a car to race on a racetrack.

Due to the absorption of energy when chemical bonds are broken, and the release of energy when chemical bonds are formed, chemical reactions almost always involve a change in energy between products and reactants. By the Law of Conservation of Energy, however, we know that the total energy of a system must remain unchanged, and that oftentimes a chemical reaction will absorb or release energy in the form of heat, light, or both. The energy change in a chemical reaction is due to the difference in the amounts of stored chemical energy between the products and the reactants. This stored chemical energy, or heat content, of the system is known as its enthalpy. 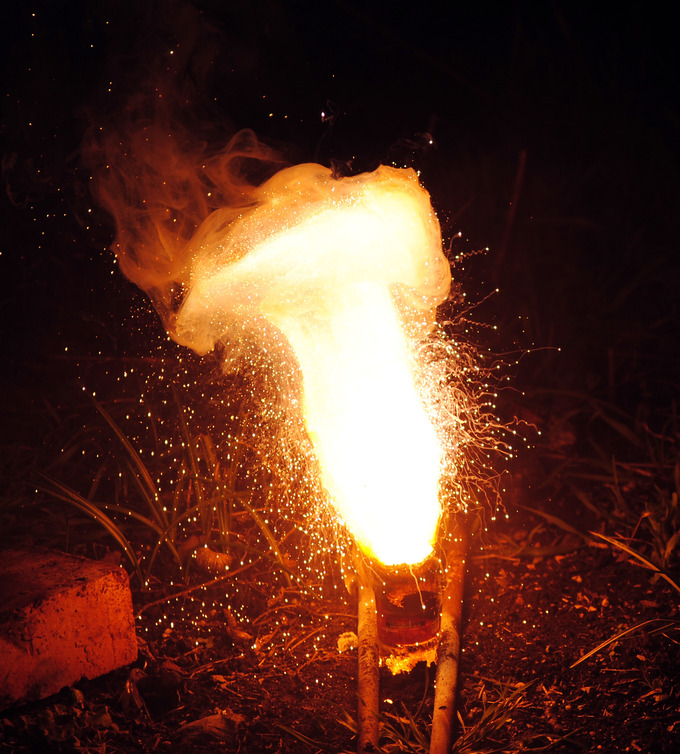 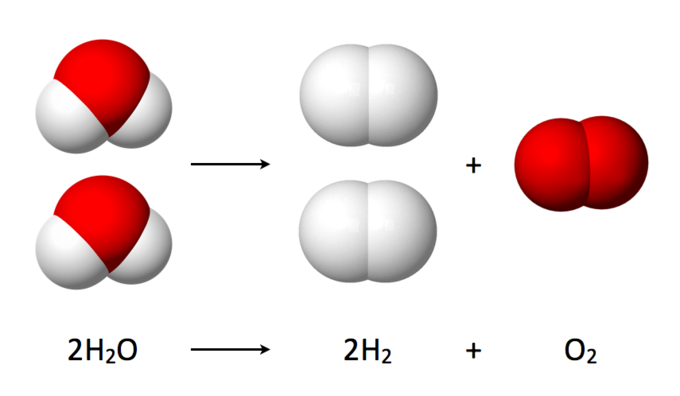