The equilibrium constants for homogeneous and heterogeneous solutions need to be calculated differently.

Describe the difference between homogeneous and heterogeneous solution equilibria.

The equilibrium constant K for a given reaction is defined as the ratio of the products of a reaction to the reactants, measured at equilibrium. In a general reaction

A homogeneous equilibrium is one in which all of the reactants and products are present in a single solution (by definition, a homogeneous mixture ). Reactions between solutes in liquid solutions belong to one type of homogeneous equilibria. The chemical species involved can be molecules, ions, or a mixture of both.

For the homogenous reaction

A heterogeneous equilibrium is a system in which reactants and products are found in two or more phases. The phases may be any combination of solid, liquid, or gas phases, and solutions. When dealing with these equilibria, remember that solids and pure liquids do not appear in equilibrium constant expressions.

For example, for the reaction

The equilibrium constant K is simply [Br2], with the concentration of the pure liquid Br2 excluded.

The common ion effect describes the changes that occur with the introduction of ions to a solution containing that same ion.

Solubility refers to the amount of material that is able to be dissolved in a particular solvent. For example, table salt (NaCl) placed in water eventually dissolves. However, if more table salt is continuously added, the solution will reach a point at which no more can be dissolved; in other words, the solution is saturated, and the table salt has effectively reached its solubility limit.

Chemical equilibrium is the chemical state where there are no net physical or chemical changes between the reactant and the products of a reaction. This is because the rate of the forward (reactant to product) and reverse (product to reactant) reactions are equal.

Solubility equilibrium refers to the state of chemical equilibrium between a chemical compound in the solid state and a solution composed of that dissolved compound. This equilibrium is established when the rates of migration between the solid and aqueous phases of the molecules (or ions) are equal.

Whenever a solution of an ionic substance comes into contact with another ionic compound with a common ion, the solubility of the ionic substance decreases significantly. For example, this would be like trying to dissolve solid table salt (NaCl) in a solution where the chloride ion (Cl–) is already present. The amount of NaCl that could dissolve to reach the saturation point would be lowered. This phenomenon is the common ion effect and plays important roles in pharmaceutical and environmental areas. The common ion effect can be explained by Le Chatelier’s principle of chemical equilibrium:

For a simple dissolution process, the addition of more of one of the ions (A+) from another compound will shift the composition to the left, reducing the concentration of the other ion (B–), effectively reducing the solubility of the solid (AB). For example, when calcium fluoride dissolves into calcium and fluoride ions, the solubility product expression is:

This expression must always hold, even if some ionic species come from other sources. Therefore, if more [latex]\text{Ca}^{+2}[/latex] ions are placed in solution, the equilibrium will shift to the left, favoring the solid form and decreasing the solubility of the solid. 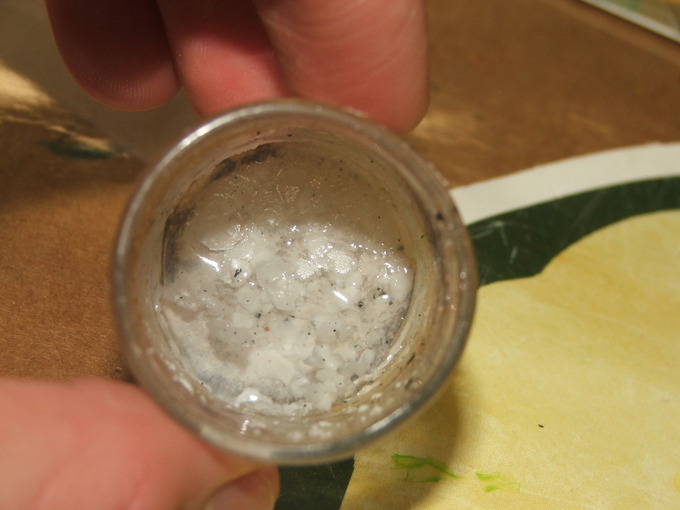 A buffer solution is composed of a weak acid and its conjugate base, or a weak base and its conjugate acid. Addition of excess ions will alter the pH of the buffer solution. Therefore, the common ion effect takes a role in pH regulation. According to Le Chatelier’s principle, addition of more ions alters the equilibrium and shifts the reaction to favor the solid or deionized form. In the case of an an acidic buffer, the hydrogen ion concentration decreases, and the resulting solution is less acidic than a solution containing the pure weak acid.

For example in the reaction: