Scientific notation is a more convenient way to write very large or very small numbers and follows the equation: a × 10b.

Recognize how to convert between general and scientific notation

The decimal would move five places to the left to get 4.56 as our [latex]a[/latex] in [latex]a \times 10^b[/latex]. The number of times you move the decimal place becomes the integer “b.” In this case, the decimal moved five times. Therefore, our number in scientific notation would be: [latex]4.56 \times 10^5[/latex]. Keep in mind that zeroes are not included in “a” because they are not significant figures.

Scientific Notation: Introduction – YouTube: Learn to convert numbers into and out of scientific notation. Scientific notation is a way to express very big and very small numbers with exponents as a power of ten. It is also sometimes called exponential notation. This video includes an explanation and tutorial, as well as practice and example problems.

Another way of writing this expression, as seen on calculators and computer programs, is to use E to represent “times ten to the power of.” An example is shown here:

Basic operations in scientific notation are carried out in the manner one would carry out exponential functions. Multiplication and division adds or subtracts exponents, respectively. Addition and subtraction require the exponents to be the same. A few examples are shown here:

Given two numbers in scientific notation,

Multiplication and division are performed using the rules for operation with exponential functions:

Significant figures are digits which contribute to the precision of a number. 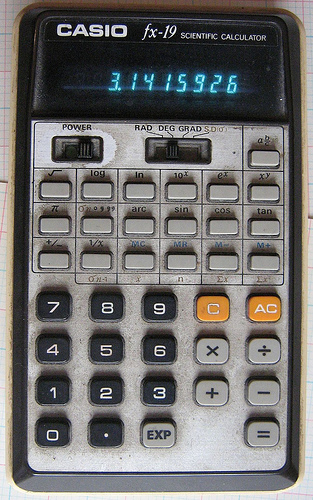 Significant figures of a number are digits which contribute to the precision of that number. Numbers that do not contribute any precision and should not be counted as a significant number are:

Rules For Determining If a Number Is Significant or Not

The significance of trailing zeros in a number not containing a decimal point can be ambiguous. For example, it may not always be clear if a number like 1300 is precise to the nearest unit (and just happens coincidentally to be an exact multiple of a hundred) or if it is only shown to the nearest hundred due to rounding or uncertainty. Various conventions exist to address this issue:

Another Way to Determine Sig Figs: The Pacific Rule & the Atlantic Rule

Exact numbers are defined numbers or result from a count, unlike measured numbers.

Exact numbers are either defined numbers or the result of a count. For example, a dozen is defined as 12 objects, and a pound is defined as 16 ounces. An exact number can only be expressed in one way and cannot be simplified any further. Exact numbers have an infinite number of significant figures, but they often appear as integers. 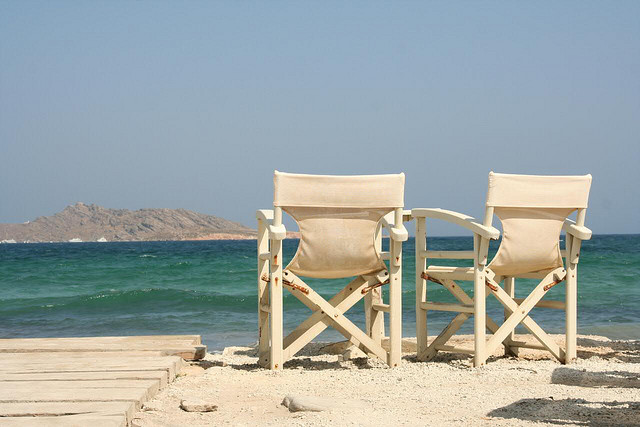 Exact numbers: There are exactly two chairs in this picture. The number of chairs is counted, not measured, so we are completely certain how many chairs there are.

Examples of exact numbers include:

In contrast, measured numbers always have a limited number of significant digits. A mass reported as 0.5 grams is implied to be known to the nearest tenth of a gram and not to the hundredth of a gram.

There is a degree of uncertainty any time you measure something. For example, the weight of a particular sample is 0.825 g, but it may actually be 0.828 g or 0.821 g because there is inherent uncertainty involved. On the other hand, because exact numbers are not measured, they have no uncertainty and an infinite numbers of significant figures. 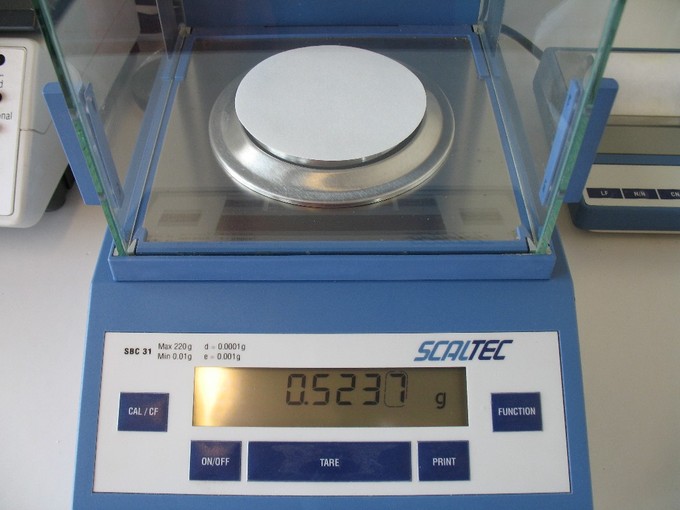 Accuracy is how closely the measured value is to the true value, whereas precision expresses reproducibility.

Describe the difference between accuracy and precision, and identify sources of error in measurement

High accuracy, low precision: On this bullseye, the hits are all close to the center, but none are close to each other; this is an example of accuracy without precision.

Low accuracy, high precision: On this bullseye, the hits are all close to each other, but not near the center of the bullseye; this is an example of precision without accuracy.

Precision is sometimes separated into:

Accuracy and Precision – YouTube: This is an easy to understand introduction to accuracy and precision.

All measurements are subject to error, which contributes to the uncertainty of the result. Errors can be classified as human error or technical error. Perhaps you are transferring a small volume from one tube to another and you don’t quite get the full amount into the second tube because you spilled it: this is human error.

Technical error can be broken down into two categories: random error and systematic error. Random error, as the name implies, occur periodically, with no recognizable pattern. Systematic error occurs when there is a problem with the instrument. For example, a scale could be improperly calibrated and read 0.5 g with nothing on it. All measurements would therefore be overestimated by 0.5 g. Unless you account for this in your measurement, your measurement will contain some error.

How do accuracy, precision, and error relate to each other?

The random error will be smaller with a more accurate instrument (measurements are made in finer increments) and with more repeatability or reproducibility (precision). Consider a common laboratory experiment in which you must determine the percentage of acid in a sample of vinegar by observing the volume of sodium hydroxide solution required to neutralize a given volume of the vinegar. You carry out the experiment and obtain a value. Just to be on the safe side, you repeat the procedure on another identical sample from the same bottle of vinegar. If you have actually done this in the laboratory, you will know it is highly unlikely that the second trial will yield the same result as the first. In fact, if you run a number of replicate (that is, identical in every way) trials, you will probably obtain scattered results.

As stated above, the more measurements that are taken, the closer we can get to knowing a quantity’s true value. With multiple measurements (replicates), we can judge the precision of the results, and then apply simple statistics to estimate how close the mean value would be to the true value if there was no systematic error in the system. The mean deviates from the “true value” less as the number of measurements increases.

Error and Percent Error – YouTube: How to calculate error and percent error.