Sulfur burns with blue flame, is insoluble in water, and forms polyatomic allotropes.

Describe the properties of sulfur.

Sulfur is found is different polyatomic allotropic forms. The best-known allotrope is octasulfur, cyclo-S8. Octasulfur is a soft, bright-yellow solid with only a faint odor, similar to that of matches. It melts at 115.21 °C, boils at 444.6 °C, and sublimes easily. 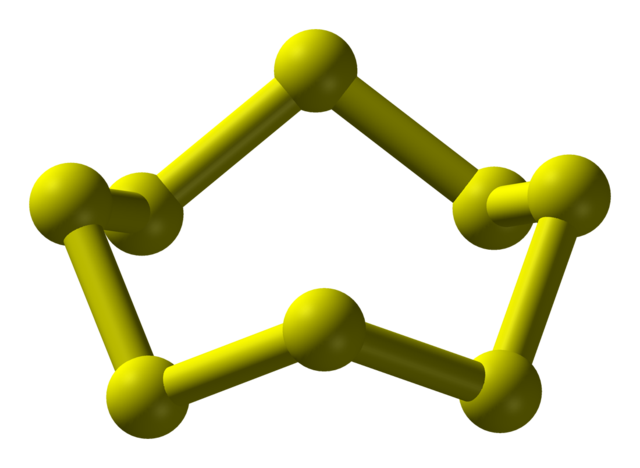 At 95.2 °C, below its melting temperature, cyclooctasulfur changes from α-octasulfur to the β-polymorph. The structure of the S8 ring is virtually unchanged by this phase change, which affects the intermolecular interactions. Between its melting and boiling temperatures, octasulfur changes its allotropic form again, turning from β-octasulfur to γ-sulfur. Again, this is accompanied by a lower density but increased viscosity due to the formation of polymers. At even higher temperatures, however, the viscosity decreases as depolymerization occurs. Molten sulfur assumes a dark red color above 200 °C. The density of sulfur is about 2 g/cm3, depending on the allotrope. All of sulfur’s stable allotropes are excellent electrical insulators.

Sulfur burns with a blue flame, concomitant with formation of sulfur dioxide, notable for its peculiar suffocating odor. Sulfur is insoluble in water but soluble in carbon disulfide and, to a lesser extent, in other nonpolar organic solvents, such as benzene and toluene. The first and the second ionization energies of sulfur are 999.6 and 2252 kJ/mol, respectively. Despite such figures, S2+ is rare, with S+4 and S6+ being more common. The fourth and sixth ionization energies are 4556 and 8495.8 kJ/mol. The magnitude of the figures is caused by electron transfer between orbitals; these states are only stable with strong oxidants such as fluorine, oxygen, and chlorine. 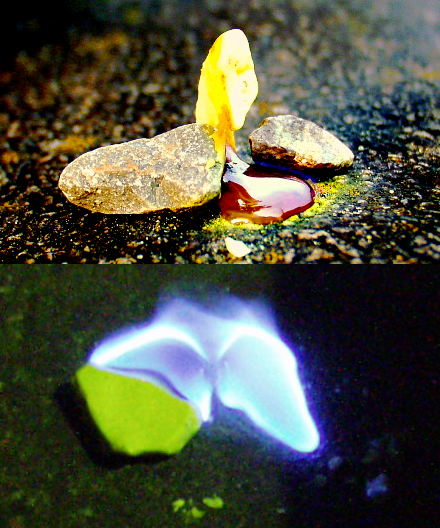 Melting and burning sulfur: Sulfur burns with blue flames and forms blood-red liquid when it melts.

Sulfur forms stable compounds with most elements except the noble gases.

Common oxidation states of sulfur range from −2 to +6. Sulfur forms stable compounds with all elements except the noble gases. For some organic sulfur compounds, smell depends on their concentration. The sulfur-containing monoterpenoid grapefruit mercaptan has the characteristic scent of grapefruit in small concentrations, but has a unpleasant thiol odor at larger concentrations.

Hydrogen sulfide gas and the hydrosulfide anion are extremely toxic to mammals, because they inhibit the oxygen -carrying capacity of hemoglobin and certain cytochromes in a manner similar to cyanide and azide. 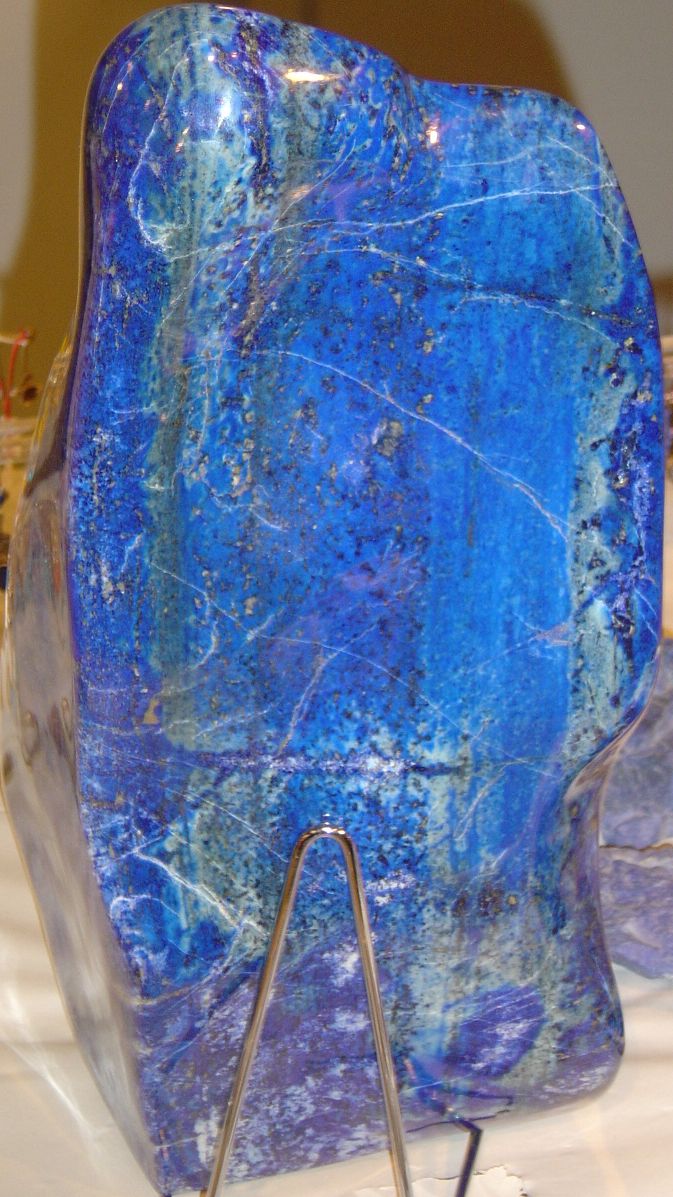 This reaction highlights arguably the single most distinctive property of sulfur: its ability to catenate (bind to itself by formation of chains). Protonation of these polysulfide anions gives the polysulfanes, H2Sx where x = 2, 3, and 4.

The interconversion of these species is used in sodium-sulfur batteries.

The radical anion S3– gives the blue color of the mineral lapis lazuli. With very strong oxidants, S8 can be oxidized, for example, to give bicyclic S82+.

The principal sulfur oxides are obtained by burning sulfur:

Peroxides convert sulfur into unstable compounds such as S8O, a sulfoxide. Peroxymonosulfuric acid (H2SO5) and peroxydisulfuric acids (H2S2O8) are made from the action of SO3 on concentrated H2O2, and H2SO4 on concentrated H2O2, respectively. Thiosulfate salts(S2O32−), sometimes referred as “hyposulfites,” are used in photographic fixing (HYPO) and as reducing agents. These salts feature sulfur in two oxidation states. Sodium dithionite, (S2O42−) contains the more highly reducing dithionite anion; sodium dithionate (Na2S2O6) is the first member of the polythionic acids (H2SnO6), where n can range from 3 to many.

There are two main sulfur fluorides. Sulfur hexafluoride is a dense gas used as a nonreactive and nontoxic propellant. Sulfur tetrafluoride is a rarely used organic reagent that is highly toxic. Their chlorinated analogs are sulfur dichloride and sulfur monochloride. Sulfuryl chloride and chlorosulfuric acid are derivatives of sulfuric acid; thionyl chloride (SOCl2) is a common reagent in organic synthesis.

An important S–N compound is the cage tetrasulfur tetranitride (S4N4). Heating this compound gives polymeric sulfur nitride ((SN)x), which has metallic properties even though it does not contain any metal atoms. Thiocyanates contain the SCN− group. Oxidation of thiocyanate gives thiocyanogen, (SCN)2 with the connectivity NCS–SCN. Phosphorus sulfides are numerous.

The principal ores of copper, zinc, nickel, cobalt, molybdenum, and other metals are sulfides. These materials tend to be dark-colored semiconductors that are not readily attacked by water or even many acids. They are formed by the reaction of hydrogen sulfide with metal salts. The mineral galena (PbS) was the first demonstrated semiconductor. It was used as a signal rectifier in the cat’s whiskers of early crystal radios. Upgrading these ores, usually by roasting, is costly and environmentally hazardous. Sulfur corrodes many metals via the process called tarnishing.

The following are some of the main classes of sulfur-containing organic compounds:

Sulfur-sulfur bonds are a structural component to stiffen rubber, similar to the biological role of disulfide bridges in rigidifying proteins. In the most common type of industrial “curing” or hardening and strengthening of natural rubber, elemental sulfur is heated with the rubber until chemical reactions form disulfide bridges between isoprene units of the polymer. Because of the heat and sulfur, the process was named vulcanization, after the Roman god of the forge and volcanism.