Describe how the chemical structure of a polymer relates to its physical properties.

Synthetic polymers are human-made polymers. From the utility point of view, they can be classified into four main categories: thermoplastics, thermosets, elastomers, and synthetic fibers. Thermoplastics are a type of polymer that become moldable and malleable past a certain temperature, and they solidify upon cooling. Similarly, thermosets similarly become hard and cannot change shape once they have set; for this reason, they are often used in adhesives. An elastomer—a term used interchangeably with rubber—is a flexible polymer. Synthetic fibers are created by improving upon natural plant and animal fibers and make up a large category of polymers.

Poly acrylates are the backbones of common synthetic polymers such as polythene and polystyrene. They are made up of carbon-carbon bonds, whereas hetero chain polymers such as polyamides, polyesters, polyurethanes, polysulfides, and polycarbonates have other elements (e.g. oxygen, sulfur, nitrogen) inserted along the backbone. Coordination polymers may contain a range of metals in the backbone, with non-covalent bonding present. A wide variety of synthetic polymers are also available with variations in their main chains and side chains.

Synthetic Polymers in Everyday Use

Many polymers are made entirely from hydrocarbons. This makes them hydrophobic, meaning they do not readily absorb water; this is a useful trait, as the alternative—imagine a water bottle that becomes soggy when filled with water, for instance—might be disastrous.

Low Density Polyethylene (LDPE) polymers are among the most common types of synthetic organic polymers, which are often found in households. LDPE is a thermoplastic made from the monomer ethylene. One of the first polymers to be created, it was produced in 1933 by Imperial Chemical Industries using a high pressure process via free radical polymerization. It is manufactured the way method today. LDPE is commonly recycled, with the number 4 as its recycling symbol. Despite competition from more modern polymers, LDPE continues to be an important plastic grade.

High Density Polyethylene (HDPE) or polyethylene high-density (PEHD) is a polyethylene thermoplastic made from petroleum. It takes 1.75 kilograms of petroleum (in terms of energy and raw materials) to make one kilogram of HDPE. HDPE is commonly recycled, with the number 2 as its recycling symbol.

Polypropylene (PP), also known as polypropene, is a thermoplastic polymer used in a wide variety of applications, including packaging and labeling, textiles, stationery, plastic parts and reusable containers of various types, laboratory equipment, loudspeakers, automotive components, and polymer banknotes. An additional polymer made from the monomer propylene, it is rugged and unusually resistant to many chemical solvents, bases, and acids.

Polyvinyl Chloride (PVC) is the third-most widely produced plastic, after polyethylene and polypropylene. PVC is used in construction because it is cheaper and stronger than more traditional alternatives such as copper or ductile iron. It can be made softer and more flexible by adding plasticizers, the most popular of which are phthalates. In this form, PVC is used in clothing and upholstery, electrical cable insulation, inflatable products, and many applications in which it replaces rubber.

Polystyrene (PS) is an aromatic polymer made from the monomer styrene, a liquid petrochemical. One of the most popular plastics, PS is a colorless solid that is used, for example, in disposable cutlery, plastic models, CD and DVD cases, and smoke detector housings. Products made from foamed polystyrene include packing materials, insulation, and foam drink cups. Its very slow biodegradation is a focus of controversy, and it can often be found littered outdoors, particularly along shores and waterways.

Nylon, a family of synthetic polymers known generically as polyamides, was first produced on February 28, 1935 by Wallace Carothers at DuPont’s research facility. Nylon is one of the most commonly-used polymers. The amide backbone present in nylon causes it to be more hydrophilic than the polymers discussed above. Notice that your nylon clothing will absorb water, for instance; this is because nylon can engage in hydrogen bonding with water, unlike the purely hydrocarbon polymers that make up most plastics. 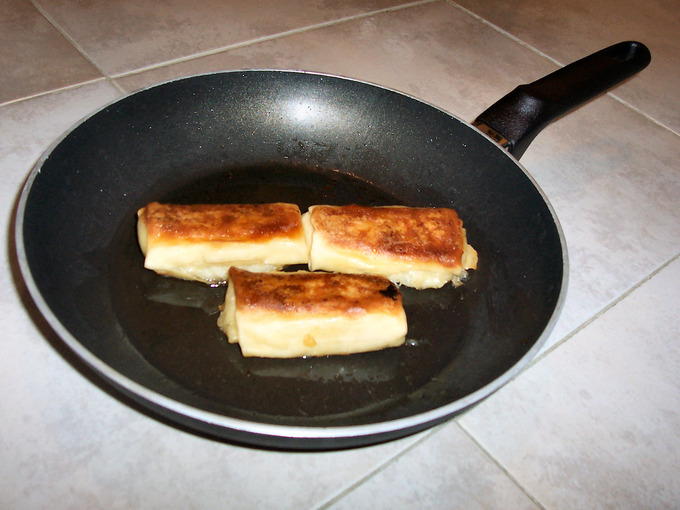 Teflon (Polytetrafluoroethylene or PTFE) is a synthetic fluoropolymer of tetrafluoroethylene, and has numerous applications. PTFE is a solid, high-molecular-weight compound consisting entirely of carbon and fluorine. PTFE is hydrophobic: neither water nor water-containing substances can interact with PTFE. PTFE is used as a non-stick coating for pans and other cookware because it has very low friction with other compounds. It is very non-reactive, partly because of the strength of carbon–fluorine bonds, so it is often used in containers and pipework for reactive and corrosive chemicals. Where used as a lubricant, PTFE reduces friction, wear, and energy consumption of machinery. Although the widespread belief that Teflon is the result of NASA space projects is not true, it has been used by NASA.

Thermoplastic polyurethane (TPU) is any of a class of polyurethane plastic. It has many useful properties, including elasticity, transparency, and resistance to oil, grease, and abrasion. Most of these properties are resultant of the fact that TPU is hydrophilic and can react with water. Technically, TPU is a thermoplastic elastomer consisting of linear segmented block copolymers made of hard and soft segments.

In organic chemistry, an addition reaction is, in its simplest terms, an organic reaction in which two or more molecules combine to form a larger molecule. Addition reactions are limited to chemical compounds that have multiple bonds, such as molecules with carbon-carbon double bonds ( alkenes ) or with triple bonds (alkynes). Molecules containing carbon based double bonds, like carbonyl (C=O) groups or imine (C=N) groups, can also undergo addition. An addition reaction is the opposite of an elimination reaction. For instance, an alkene’s hydration reaction adds water to an alkene, and an alcohol ‘s dehydration removes water from the alkene; these two reactions are opposites and are considered addition-elimination pairs.

Most addition reactions to alkenes follow the mechanism of electrophilic addition. An example is the Prins reaction, where the electrophile is a carbonyl group. In halogenation, adding elementary bromine or chlorine to alkenes yields dibromo- and dichloro- alkanes, respectively.

In nucleophilic addition reactions, the nucleophile donates an electron pair to the electrophile (one of the atoms in the double bond). In hydrohalogenation, the nucleophile is the halogen. The halogen donates an electron pair to one of the carbons participating in a double bond. The hydrogen is then added to the other carbon that was originally double bonded. Addition of hydrohalic acids like HCl or HBr to alkenes yields the corresponding haloalkanes. An example of this type of reaction is:

Polymerization of alkenes is an economically important reaction that yields polymers of high industrial value, such as the plastics polyethylene and polypropylene. Polymerization can either proceed via a free-radical or an ionic mechanism.

Condensation is a chemical reaction in which one molecule is formed and one small molecule (often water) is lost.

Recognize the chemical principles of condensation reactions as they relate to polymerization.

When two separate molecules react, their condensation is termed intermolecular. A simple example is the condensation of two amino acids to form a peptide. This reaction example is the reverse of hydrolysis, which splits a chemical entity into two parts through action from the polar water molecule, which itself splits into hydroxide and hydrogen ions.

When a condensation is performed between different parts of the same molecule, the reaction is termed intramolecular condensation; in many cases, this leads to ring formation. An example is the Dieckmann condensation, in which the two ester groups of a single diester molecule react with each other to lose a small alcohol molecule and form a β-ketoester product.

Condensation polymers often require heat, form slower than do addition polymers, and are lower in molecular weight. This type of reaction is used as a basis for making many important polymers, such as nylon, polyester, and various epoxies. It is also the basis for the laboratory formation of silicates and polyphosphates. Many biological transformations, such as polypeptide synthesis, polyketide synthesis, terpene syntheses, phosphorylation, and glycosylations are condensations. 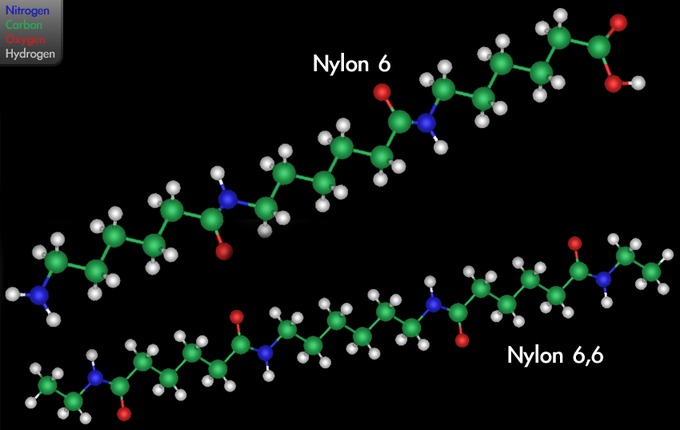