Interaction in public speaking is vital to keeping your audience engaged and involved with your content and with you as speaker.

Why is Interaction Important?

Often, when you think of a speech, you think of a one-way message from public speaker to audience. However, the most compelling speeches are those in which the speaker engages and interacts with his or her audience. 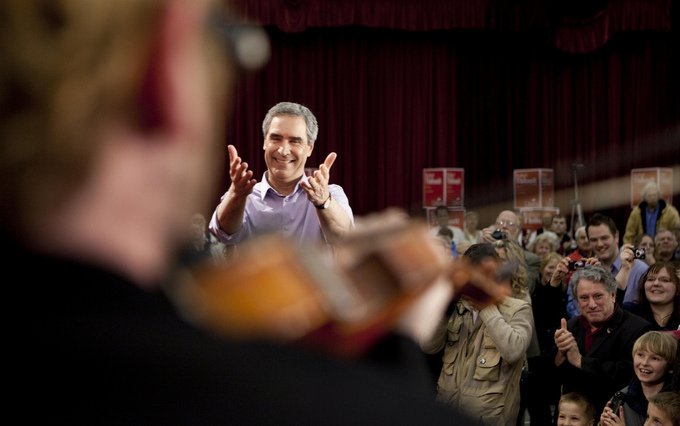 Interaction in Public Speaking: The speaker should engage the audience by interacting with them instead of just speaking to them.

Interaction is important in public speaking because it involves your audience being more directly with both you as speaker and your content. An involved and engaged audience is more likely to pay attention to you and connect with your words.

While you may not necessarily engage in a two-way dialogue with your audience, there are plenty of ways to interact with them verbally. At a spirited campaign rally, for example, you may respond to people who call out from the audience.

If you’re in a more subdued environment, you may directly ask questions of your audience. You want to make sure that these questions relate to the subject matter of your speech and then incorporate those answers into the rest of your speech. You might agree with what an audience member says, or you can use the opportunity to refute or rebut their response. This further involves your audience with your message.

You may also choose to call out select members of the audience by name, if appropriate — for example, when sharing an anecdote. Another great way of engaging with your audience is both acknowledging them at the beginning of your speech and then thanking them for their time and attention at the conclusion of your speech.

Your non-verbal interaction with your audience consists largely of body-language cues. Whether it’s eye contact with individual members of the audience or specific gestures and face expressions as you speak, your actions are just as important as your words when you’re in front of an audience. Your audience will use your non-verbal cues to more fully comprehend your message and will often connect with or disengage from your message based on those cues.

Just remember that all body language and non-verbal communication requires appropriate context. Even an unintentional gesture — crossed arms, a slouch, a frown — can connote a very different meaning to your audience than the words you’re actually saying. Practice your speech in front of a mirror or record yourself so you can take note of any unintentional non-verbal signals you may be sending to your audience.