Other Factors of Production

There are three factors of production that are required to produce economic output: land, labor, and capital.

Discuss the role of capital and resources in production

Land is sometime included with capital in certain situations, such as in service industries where land has little importance. All three of these are required in combination at a time to produce a commodity. In economics, production means creation or an addition of utility. Factors of production (or productive ‘inputs’ or ‘resources’) are any commodities or services used to produce goods or services.

In accounting and other disciplines, the phrase “capital” can also refer to cash that have been invested in a business. The classical economists also employed the word “capital” in reference to money. Money, however, was not considered to be a factor of production in the sense of capital stock since it is not used to directly produce any good. The return to loaned money or to loaned stock was styled as interest while the return to the actual proprietor of capital stock (tools, etc.) is classified as profit.

It is important to note that the final output is the result of the combination of all of the inputs. Things like technological advancement and worker productivity are intricately tied to the productivity of the inputs; it is not enough to simply have the factors of production in one place without the knowledge and ability to convert them into the correct outputs.

The Importance of Factor Prices

The prices of different factors of production can help determine which products a country will produce.

Comparative advantage is the ability of one country or region to produce a particular good or service at a lower opportunity cost than another. This idea suggests that in the long-run, entities will specialize in what costs them less to produce. These entities will then trade the goods they produce for the items that it would be expensive for them to produce. As a result, the prices of different factors of production can help dictate which products a country will choose to produce. 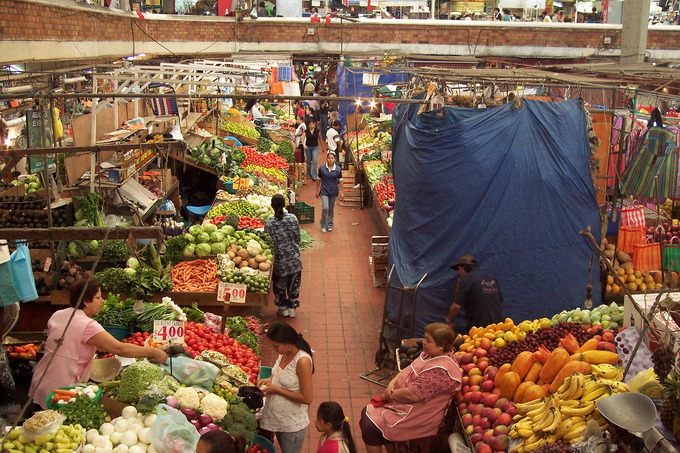 Trade: Trade and comparative advantage are why factor prices are so important in determining what a country produces. Trade allows a country to produce only what is comparatively cheaper for them to manufacture because they can get everything else they need through trade.

This idea was expanded upon in the Heckscher-Ohlin Model (H-O model), which was designed to be used to predict patterns of international commerce. This model is premised on several assumptions. These assumptions are:

If these assumptions are held to be true, the HO-model suggests that the exports of a capital-abundant country will be from capital-intensive industries, and labor-abundant countries will import such goods, exporting labor intensive goods in return.

Assuming the cost of relative goods remain constant, if one factor of production becomes more or less expensive, it can cause a significant shift of what is produced in that country.

If one factor of production becomes more plentiful, and therefore cheaper, it will cause production of the good that relies on that factor to increase. In response to that increase, the country will produce fewer goods that rely on other factors.

For example, imagine a country has a population boom from immigration. Its supply of labor will increase. As a result, the price of labor decreases. This country produces one good that is labor intensive, clothes, and one that is capital intensive, cars. When the cost of labor decreases, the country will produce more clothes and less cars. This is not necessarily a one-to-one relationship where the production of one more shirt means one less car is produced; the only thing that can be predicted is an overall shift in production levels.

It is important to note that the shifts in factor prices described above are based entirely on the assumptions found in the H-O Model. It is rare that a real market would meet all of those standards, so the results in the real world might vary from what this section describes.

Explain the relationship between marginal productivity and resource demand

Since firms will seek to use additional resources if the net marginal product is positive, they can affect the demand for the resources. For many resources, the increased demand has the same effects as if it were any other input: an increase in demand will lead to an increase in price. 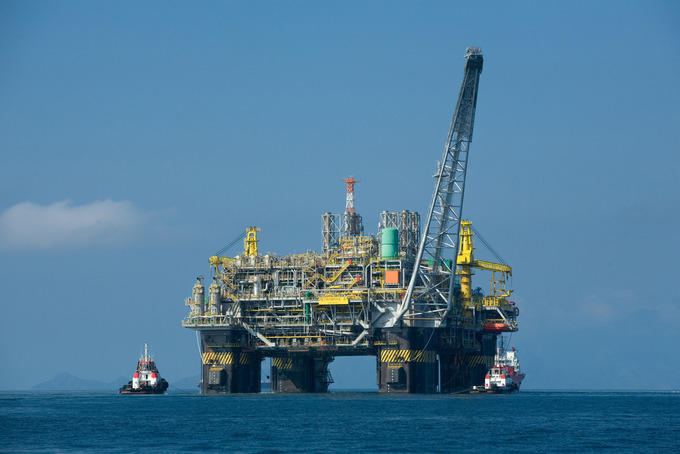 Oil Rig: Oil is a natural resource that is traded in markets. When firms have positive net marginal productivity from using more oil, demand for oil will rise.

Some resources, though, are public goods and therefore are not regulated by normal market forces. Take, for example, a body of water that multiple firms all use. If each firm has a positive marginal productivity of using more water in their manufacturing process, they will use more water since it’s free (there is no, or limited, marginal cost). If each firm individually chooses to use more water, the lake will eventually be damaged. This is known as the tragedy of the commons.

Governments have an incentive to attempt to correct such market failures. There are often regulations on the use of public goods to prevent the tragedy of the common, and there may be regulations on private goods as well (e.g. companies are required to get permits to mine on land they own).

Demand for the type of workers that can provide positive marginal productivity over marginal cost will see an increase in their wages.

Not all labor, however, is equal in the firm’s eyes. The two broad categorizations of laborers is skilled (e.g. doctor) and unskilled (e.g. an assembly line worker). Firms will hire the type of workers that they need. 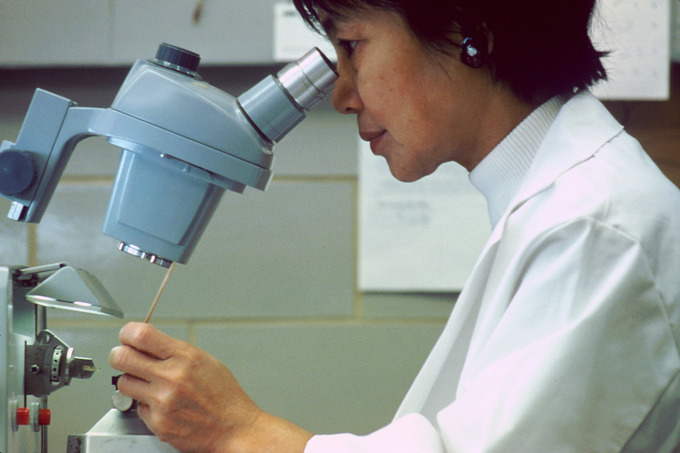 On a national scale, this can have massive implications. If a country has a number of workers with high marginal productivity proportional to marginal cost, firms will want to hire those workers. Those workers will see gains to their income, affecting overall income distribution.

A capital market is a financial exchange for the buying and selling of long-term debt and equity-backed securities.

A capital market is a financial exchange for the buying and selling of long-term debt and equity-backed securities. The purpose of these markets is to channel the funds of savers to entities that would put that capital to long-term productive use (i.e. borrowers). 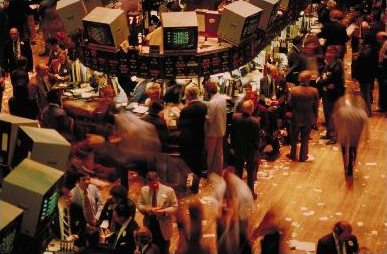 NYSE: This is the floor of the New York Stock Exchange. The NYSE is one of the largest capital markets in the world.

A key division within the capital markets is between the primary markets and secondary markets. In primary markets, new stock or bond issues are sold to investors. The main entities seeking to raise long-term funds on the primary capital markets are governments (which may be municipal, local or national) and business enterprises (companies). Governments tend to issue only bonds, whereas companies often issue either equity or bonds. The main entities purchasing the bonds or stocks include pension funds, hedge funds, sovereign wealth funds, and, less commonly, individuals and investment banks trading on their own behalf.

In the secondary markets, existing securities are sold and bought among investors or traders, usually on an exchange, over-the-counter, or elsewhere. The existence of secondary markets increases the willingness of investors in primary markets, as they know they are likely to be able to swiftly cash out their investments if the need arises.

Capital markets are used for the raising of long term finance, such as the purchase of shares, or for loans that are not expected to be fully paid back for at least a year. When a company borrows from the primary capital markets, often the purpose is to invest in additional physical capital goods, which will be used to help increase its income. It can take many months or years before the investment generates sufficient return to pay back its cost, and hence the finance is long term.

Regular Bank Lending is Not a Capital Market Transaction

Commodity markets are exchanges that trade in primary rather than manufactured products.

Some natural resources that are components of the production process are not sold, but are public goods. Public goods, like air and riverways, are non-excludable and non-rivalrous. This means that anyone can use these goods without paying a fee, and if one person uses the good it does not limit the ability of another to use the good. 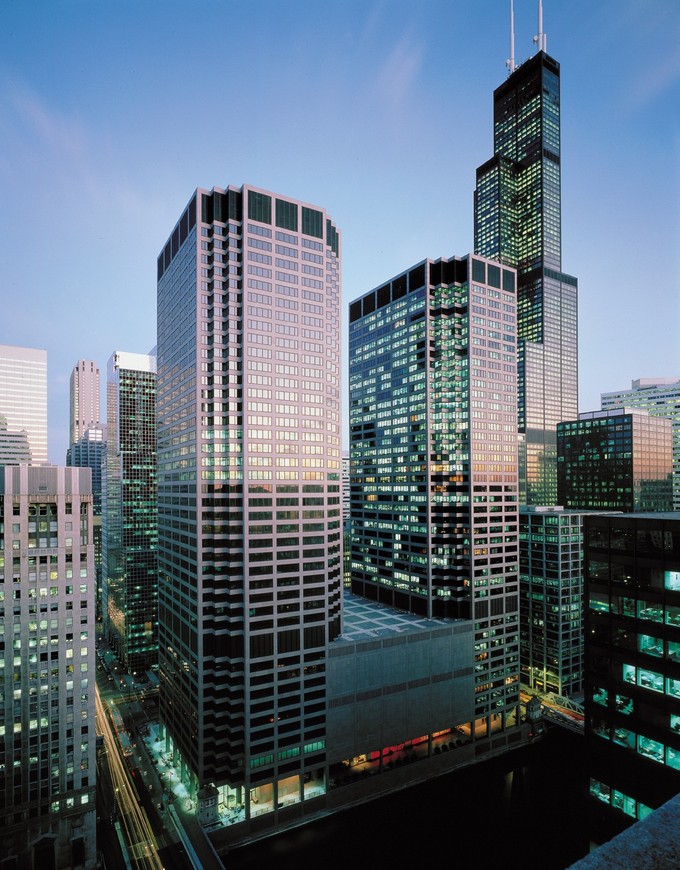 In Europe, commodity markets are regulated by the European Securities and Markets Authority (Esma), based in Paris and formed in 2011. Esma sets position limits on commodity derivatives.

Not all natural resources can be acquired on commodity markets. Some must be acquired through direct purchases without the use of an intermediary clearing house. One example is for land. Land is one of the three factors of production, can be used to mine other natural resources and is absolutely necessary if a person wants to have a “brick and mortar” location where they can sell their goods. Land cannot be acquired through a commodity market, but must be obtained through an agreement with someone who owns the land. A person can either purchase the land outright or become a tenant of the person who owns the property.

The challenge of this process is that for these closed deals, the producer has to find the resource that they need, determine who owns it, and then negotiate with that person to obtain the resource. These costs can make these natural resources more expensive.