The government can respond to externalities through command-and-control policies or market-based policies.

Describe the role of government regulation in addressing externalities

The government can respond to externalities in two ways. The government can use command-and-control policies to regulate behavior directly. Alternatively, it can implement market-based policies such as taxes and subsidies to incentivize private decision makers to change their own behavior.

Command-and-control regulation can come in the form of government-imposed standards, targets, process requirements, or outright bans. Such measures make certain behaviors either required or forbidden with the goal of addressing the externality. For example, the government may make it illegal for a company to dump certain chemicals in a river. By doing so, the government hopes to protect the environment or other companies or individuals that use the river that would otherwise suffer a negative impact. 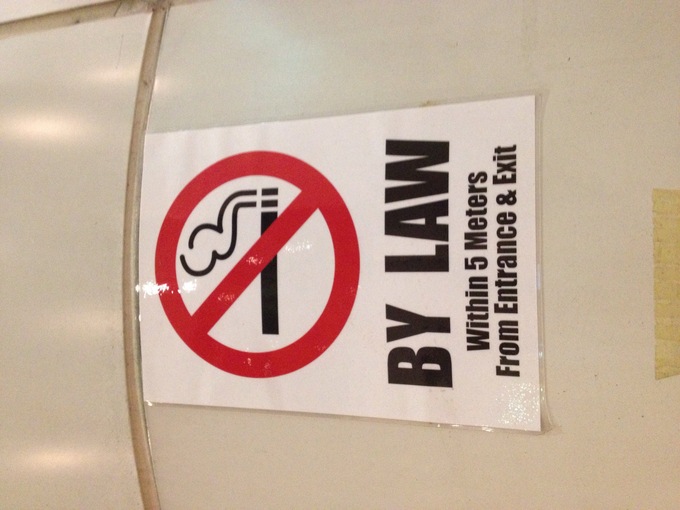 No Smoking: The prohibition of smoking in certain areas is a regulation designed to reduce the negative externalities suffered by non-smokers when they are around smokers.

In practice, implementing regulation effectively is difficult. It requires the regulator to have in-depth knowledge of a certain industry or sphere of economic activity. If done incorrectly, regulation can introduce inefficiency. For example, if the government makes it illegal to dump in the river, the companies and their customers may suffer because the products must be produced using less efficient methods. On the other hand, if the government allows too much to be dumped in the river, they have failed to mitigate the negative externality.

If the government is unsure of how to effectively regulate the market, it should seek other methods of mitigating the externality. Advocates of market-based policies for reducing negative externalities point to the difficulty of creating and enforcing effective regulation for reasons why the government should create systems of incentives and disincentives instead of using the force of regulation.

Describe the role of taxes in addressing externalities

Taxes are a market-based policy option available to the government to address externalities. A corrective tax (also called a Pigovian tax) is applied to a market activity that is generating negative externalities (costs for a third party). The tax is set equal to the value of the negative externality and provides incentives for allocation of resources closer to the social optimum.

In the case of negative externalities, the social cost of an activity is greater than the private cost of the activity. In such a case, the market outcome is not efficient and may lead to overproduction of the good. Taxes make it more expensive for firms to produce the good or service generating the externality, thus providing an incentive to produce less of it. As the figure demonstrates, a tax shifts the marginal private cost curve up. In response, producers change the output to the socially-optimum level.

Corrective Tax: A tax shifts the marginal private cost curve up by the amount of the tax. This gives producers an incentive to reduce output to the socially optimum level.

Take environmental pollution as an example. The private cost of pollution to a polluter is less than its social cost. If the government levies a tax on pollution, it increases the polluter’s private cost. The polluter now has an incentive to generate less pollution.

The level of the corrective tax is intended to counterbalance the externality. In practice, however, it is extremely difficult for the government to determine the appropriate level for the tax. Moreover, in determining the tax level, the government might come under pressure from various interest groups that would benefit from a higher or lower taxation level. Nevertheless, by introducing corrective taxes in response to negative externalities the government can not only increase efficiency, but raise revenues as well.

Tradable permits are a market-based approach allowing the government to limit negative externalities produced by a group of firms.

Evaluate a permit system as a method to address externalities

Tradable permits are one of the market-based approaches the government can use to address externalities. In the past tradable permits have been primarily used to control pollution. 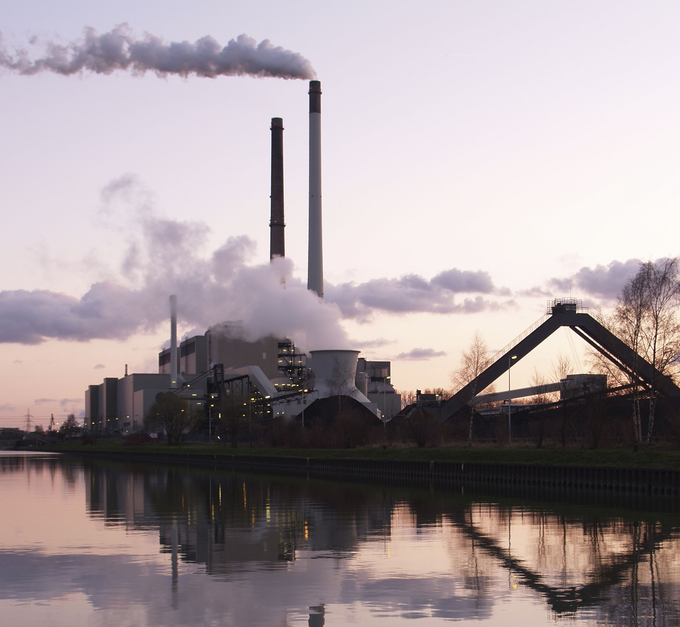 Emissions Trading: Emissions trading or “cap and trade” is a market-based approach used to control pollution by providing economic incentives for reducing the emissions of pollutants.

When pursuing this approach the government sets a limit or cap on the amount of a pollutant that may be emitted. It then allocates emissions permits up to the specified limit among firms. The permits represent the right to emit or discharge a specific volume of a specified pollutant. Firms are required to hold a number of permits equivalent to their emissions. Firms that need to increase their volume of emissions must buy permits from firms that require fewer of them. This transfer is referred to as a trade. In effect, the buyer is paying a charge for polluting, while the seller is being rewarded for having reduced emissions. The outcome achieved by the market for permits is more efficient, regardless of the initial allocation of permits.

The market for tradable permits creates incentives for firms to produce less pollution. Firms that have a high cost of reducing emissions are willing to pay for the permits, while those that can reduce emissions in the most cost-efficient manner will do so and sell their permits. Tradable permits thus achieve a desired level of the externality by allowing the market to determine which market actors can create the externality.

There are several active trading programs for air pollutants. For greenhouse gases the largest is the European Union Emission Trading Scheme. In the United States there is a national market for sulfur dioxide emissions to reduce acid rain. Markets for other pollutants tend to be smaller and more localized.