An oligopoly – a market dominated by a few sellers – is often able to maintain market power through increasing returns to scale.

In an oligopoly market structure, a few large firms dominate the market, and each firm recognizes that every time it takes an action it will provoke a response among the other firms. These actions, in turn, will affect the original firm. Each firm, therefore, recognizes that it is interdependent with the other firms in the industry. This interdependence is unique to the oligopoly market structure; in perfect and monopolistic competition, we assume that each firm is small enough that the rest of the market will ignore its actions.

Types of Returns to Scale

Take the example of the cell phone industry in the United States. As of the fourth quarter of 2008, Verizon, AT&T, Sprint, and T-Mobile together controlled 89% of the U.S. cell phone market. The cell phone industry has increasing returns to scale: the cost of providing cellular access to 100,000 people is more than half the cost of providing cellular access to 200,000 people. Any new entrant into the cell phone market will either need to pay one of the larger companies for access to its already-existing network, or try to build a network from scratch. Both options result in higher costs, higher prices, and difficulty in competing with the major networks. 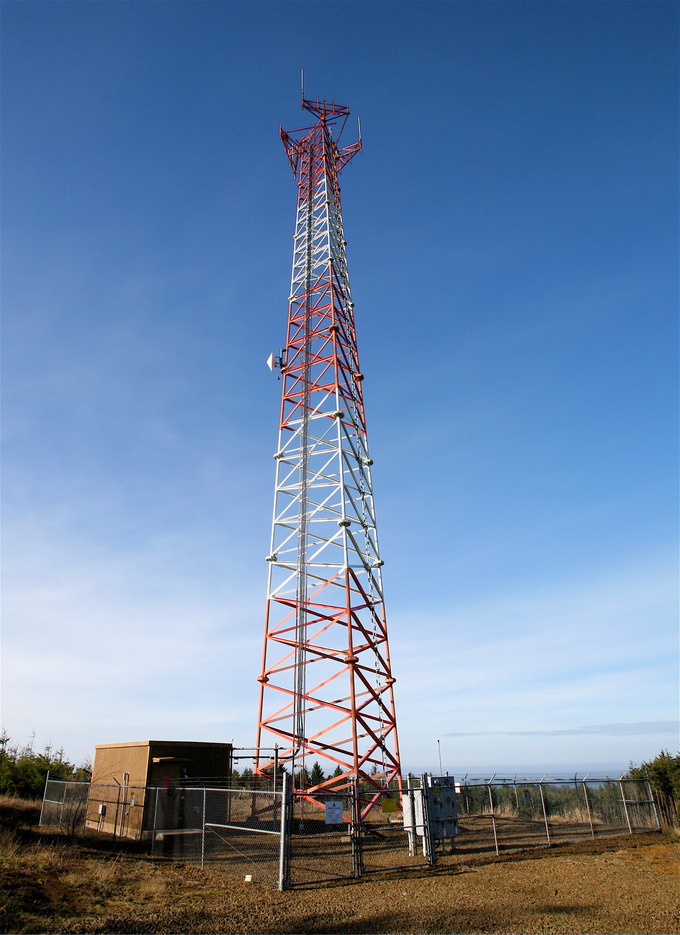 Cell Phone Tower: Cell phone companies have increasing returns to scale, which leads to a market dominated by only a few firms.

Oligopolies can form when product differentiation causes decreased competition within an industry.

Product differentiation (or simply differentiation) is the process of distinguishing a product or service from others, to make it more attractive to a particular target market. This involves differentiating it from competitors’ products as well as a firm’s own products. In economics, successful product differentiation is inconsistent with the conditions for perfect competition, which include the requirement that the products of competing firms should be perfect substitutes.

Differentiation is due to buyers perceiving a difference; hence, causes of differentiation may be functional aspects of the product or service, how it is distributed and marketed, or who buys it. The major sources of product differentiation are as follows:

The objective of differentiation is to develop a position that potential customers see as unique. This primarily affects performance through reducing competition: As the product becomes more differentiated, categorization becomes more difficult and hence draws fewer comparisons with its competition. A successful product differentiation strategy will move a product from competing based primarily on price to competing on non-price factors (such as product characteristics, distribution strategy, or promotional variables).

While some oligopoly industries make standardized products – tools, copper, and steep pipes, for example – others make differentiated products: cars, cigarettes, soda, and cell phone manufacturers. Product differentiation is not necessary for the existence of an oligopoly, but if a firm can successfully engage in product differentiation it can more easily gain market power and dominate at least part of the industry.

For example, the soft drink industry in the US is an oligopoly dominated by the Coca-Cola Company, the Dr. Pepper Snapple Group, and PepsiCo. These companies are able to differentiate their products (e.g. by taste), and are therefore able to gain market power. 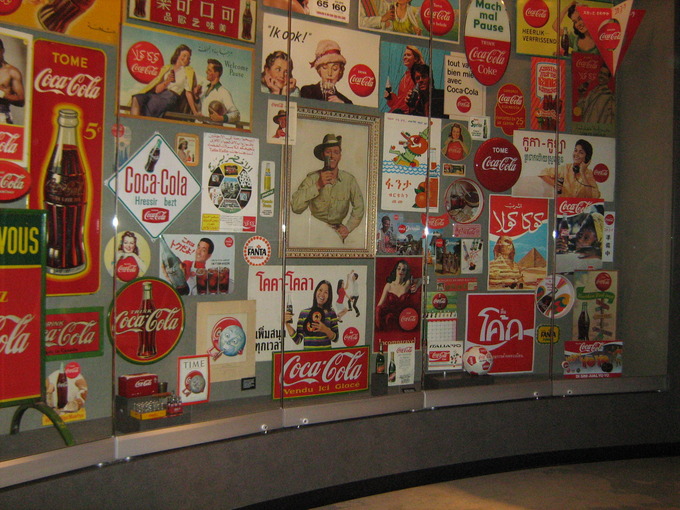 Advertising for Product Differentiation: Some companies are able to use marketing to achieve product differentiation, encouraging the formation of oligopolies.

One important source of oligopoly power are barriers to entry: obstacles that make it difficult to enter a given market.

One important source of oligopoly power is barriers to entry. Barriers to entry are obstacles that make it difficult to enter a given market. The term can refer to hindrances a firm faces in trying to enter a market or industry—such as government regulation and patents, or a large, established firm taking advantage of economies of scale—or those an individual faces in trying to gain entrance to a profession—such as education or licensing requirements. Because barriers to entry protect incumbent firms and restrict competition in a market, they can contribute to distortionary prices.

The most important barriers are economies of scale, patents, access to expensive and complex technology, and strategic actions by incumbent firms designed to discourage or destroy new entrants. For example, microprocessing companies face high research and development costs before possibly making a profit. This means that new firms cannot enter the market whenever existing firms are making a positive economic profit, as is the case in perfect competition. Pharmaceutical manufacturers are one type of company that generally rely on patents, which makes competition irrelevant for a period of time after development: competitors can’t legally begin manufacturing the product until the patent expires.

Additional sources of barriers to entry often result from government regulation favoring existing firms. For example, requirements for licenses and permits may raise the investment needed to enter a market, creating an effective barrier to entry.

In industrialized economies, barriers to entry have resulted in oligopolies forming in many sectors, with unprecedented levels of competition fueled by increasing globalization. For example, there are now only a small number of manufacturers of civil passenger aircraft. Oligopolies have also formed in heavily-regulated markets such as wireless communications: in some areas only two or three providers are licensed to operate. 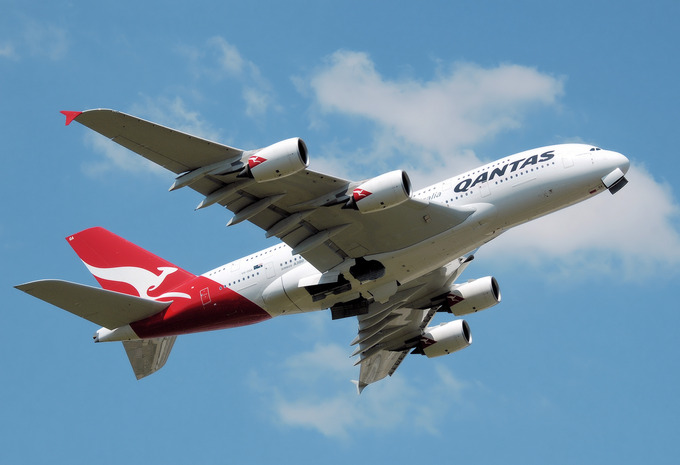 Price leadership is a form of tacit collusion that oligopolies may use to achieve a monopoly-like market outcome.

Define price leadership within the context of an oligopoly

Oligopolies are defined by one firm’s interdependence on other firms within the industry. When one firm changes its price or level of output, other firms are directly affected. Unlike perfect competition and monopoly, uncertainty about how rival firms interact makes the specification of a single model of oligopoly impossible. Economists often simplify firm behavior into two strategies: firm can compete, in which case the market outcome will resemble that in perfect competition; or they can collude, in which case the market outcome will more closely resemble monopoly. When firms collude, they use restrictive trade practices to voluntarily lower output and raise prices in much the same way as a monopoly, splitting the higher profits that result.

Firms can collude explicitly, as in the case of cartels, but this type of behavior is illegal in many parts of the world. An alternative to overt collusion is tacit collusion, in which firms have an unspoken understanding that limits their competition. One way in which firms achieve this is price leadership, in which one firm serves as an industry leader and sets prices, while other firms raise and lower their prices to match. For example, the steel, cars, and breakfast cereals industries have all been accused of engaging in tacit collusion..

Tacit collusion can be difficult to identify. The fact that a price change by one firm is follwed by similar price changes among other firms doesn’t necessarily mean that tacit collusion exists. After all, in a perfectly competitive industry, economists expect prices to move together because all firms face similar changes in demand and the cost of inputs.

For example, imagine that a town has three gas stations. Without any way to communicate, all three will lower their prices in an attempt to capture the entire market, stopping only when marginal cost equals marginal revenue. If the firms could cooperate, however, they would be better off if all set the price of gas at $0.20 above marginal cost. Each would have slightly lower sales but would have much higher revenue. Although explicit communication about prices is illegal, the firms might tacitly agree that whenever one station raises its prices, the other two will follow suit. In this way, all three can receive the benefits of oligopoly. The gas station that first raises its prices, and that the other two follow, is called the price leader. 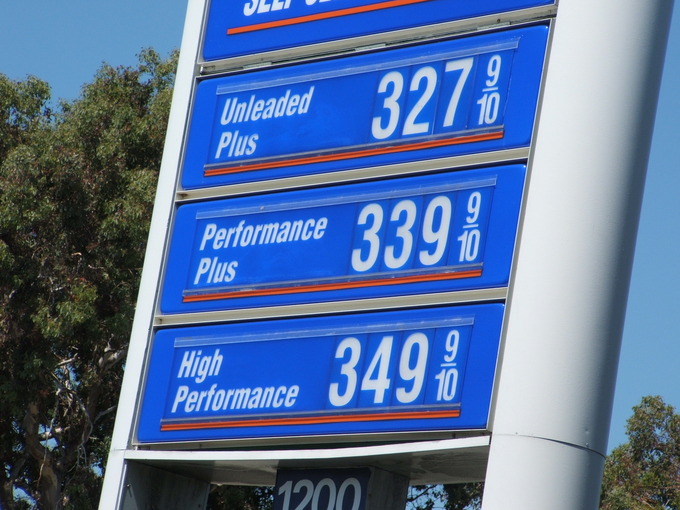