Introduction to the Field and Goals of Financial Management

Cash, the most liquid asset, refers to physical currency such as banknotes and coins.

Distinguish cash and cash equivalents from other types of assets

In common language, cash refers to physical currency such as banknotes and coins.

In bookkeeping and finance, cash refers to current assets comprising currency or currency equivalents that can be accessed immediately or near-immediately (as in the case of money market accounts). Cash is viewed either as a reserve for payments, in case of a structural or incidental negative cash flow, or as a way to avoid a downturn in financial markets. 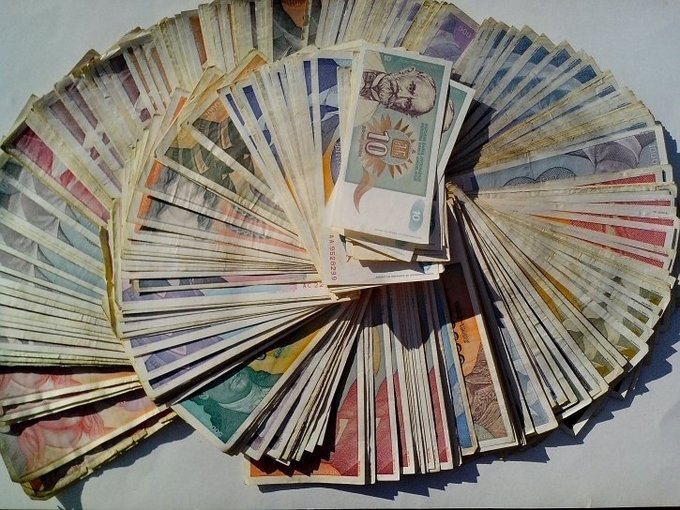 Cash has now become a very small part of the money supply. Its remaining role is to provide a form of currency storage and payment for those who do not wish to take part in other systems, and prefer to make small payments conveniently and promptly. This latter method, however, is being replaced more and more frequently by electronic payment systems.

A business operating entirely in cash can measure its profits by withdrawing the entire bank balance at the end of the period, plus any cash in hand. However, many businesses are not paid immediately; they build up inventories of goods and they acquire buildings and equipment. In other words, because businesses have assets, they cannot immediately turn them into cash at the end of each period. Often, these businesses owe money to suppliers and to tax authorities, and the proprietors do not withdraw all their original capital and profits at the end of each period. This means that businesses also have liabilities. Cash and cash equivalents can be used to pay the short-term debt of a company.

Money is any object or record that is generally accepted as payment for goods and services and repayment of debts in a given socio-economic context or country. The main functions of money can be defined as follows: a medium of exchange; a unit of account; a store of value; and occasionally, in the past, a standard of deferred payment. Any kind of object or secure verifiable record that fulfills these functions can serve as money.

A banknote (often known as a bill, paper money, or simply a note) is a type of negotiable instrument known as a promissory note, made by a bank, payable to the bearer on demand. When banknotes were first introduced, they were, in effect, a promise to pay the bearer in coins, but gradually became a substitute for the coins and a form of money in their own right.

A debt is an obligation owed by one party (the debtor) to a second party (the creditor).

Classify different types of debt based on its characteristics

A debt is an obligation owed by one party (the debtor) to a second party (the creditor). Debt usually refers to assets granted by the creditor to the debtor, but the term can also be used metaphorically to cover moral obligations and other interactions not based on economic value.

A debt is created when a creditor agrees to lend a sum of assets to a debtor. Debt is usually granted with expected repayment. In modern society, this typically includes repayment of the original sum, plus interest.

In finance, debt is a means of using anticipated future purchasing power in the present before it has actually been earned. Some companies and corporations use debt as a part of their overall corporate finance strategy.

Debt allows people and organizations to do things that they would otherwise not be able, or allowed, to do. People in industrialized nations commonly use it to purchase houses, cars, and many other things too expensive to buy with cash on hand. Companies also use debt in many ways to leverage the investment made in their assets, by “leveraging” the return on their equity. This leverage, the proportion of debt to equity, is considered important in determining the riskiness of an investment–the more debt per equity, the riskier. For both companies and individuals, this increased risk can lead to poor results, as the cost of servicing the debt can grow beyond the ability to pay due to either external events (income loss) or internal difficulties (poor management of resources).

A company uses various kinds of debt to finance its operations. The various types of debt can generally be categorized into:

Private debt involves bank -loan type obligations, whether senior or mezzanine. Public debt is a general definition covering all the financial instruments that are freely tradeable on a public exchange or over the counter, with few if any restrictions.

A syndicated loan is a loan that is granted to companies that wish to borrow more money than any single lender is prepared to risk in a single loan, an amount usually in the many millions of dollars. In such a case, a syndicate of banks can each agree to put forward a portion of the principal sum. Loan syndication is a risk management tool that allows the lead banks underwriting the debt to reduce their risk and free up lending capacity.

4) other types of debt

A bond is a debt security issued by certain institutions such as companies and governments. A bond entitles the holder to repayment of the principal sum, plus interest. Bonds are issued to investors in a marketplace when an institution wishes to borrow money. Bonds have a fixed lifetime, usually a number of years. Some long-term bonds, can last over 30 years, though they are less common. At the end of the bond’s life the money should be repaid in full. Interest may be added to the end payment or can be paid in regular installments (known as coupons) during the life of the bond. Bonds may be traded in the bond markets and are widely used as relatively safe investments in comparison to equity.

Borrowing and repayment arrangements linked to inflation -indexed units of account are possible and are used in some countries. For example, the US government issues two types of inflation-indexed bonds, Treasury Inflation-Protected Securities (TIPS) and I-bonds. Inflation-indexed debt is one of the safest forms of investment available, since the only major source of risk – that of inflation – is eliminated. A number of other governments issue similar bonds, with some doing so for many years before the US government. In countries with consistently high inflation, ordinary borrowings at banks may also be inflation indexed. 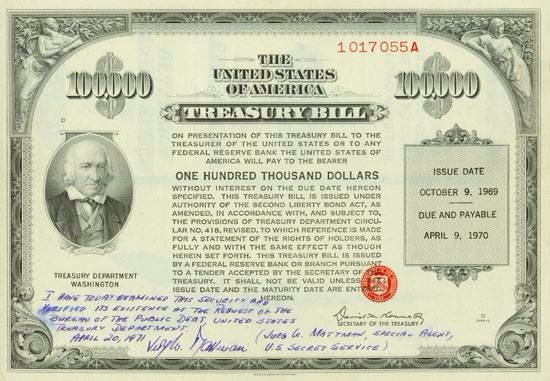 Treasury Bills: Treasury bills are one kind of debt issued by the U.S. Treasury.

The capital stock (or stock) of a business entity represents the original capital paid into or invested in the business by its founders.

Distinguish between preferred and common shares of stock

The capital stock (or stock) of a business entity represents the original capital paid into or invested in the business by its founders. It serves as a security for the creditors of a business since it cannot be withdrawn to the detriment of the creditors. Stock is different from the property and the assets of a business which may fluctuate in quantity and value.

The stock of a business is divided into multiple shares, the total of which must be stated at the time of business formation. Given the total amount of money invested in the business, a share has a certain declared face value, commonly known as the par value of a share. The par value is the de minimis (minimum) amount of money that a business may issue and sell shares for in many jurisdictions and it is the value represented as capital in the accounting of the business. In other jurisdictions, however, shares may not have an associated par value at all. Such stock is often called non-par stock. Shares represent a fraction of ownership in a business. A business may declare different types (classes) of shares, each having distinctive ownership rules, privileges, or share values.

Stock typically takes the form of shares of either common stock or preferred stock.

New equity issues may have specific legal clauses attached that differentiate them from previous issues of the issuer. Some shares of common stock may be issued without the typical voting rights, for instance, or some shares may have special rights unique to them and issued only to certain parties. Often, new issues that have not been registered with a securities governing body may be restricted from resale for certain periods of time.

Preferred stock may be hybrid by having the qualities of bonds of fixed returns and common stock voting rights. They also have preference in the payment of dividends over common stock and also have been given preference at the time of liquidation over common stock. They have other features of accumulation in dividend. In addition, preferred stock usually comes with a letter designation at the end of the security. This extra letter does not mean that any exclusive rights exist for the shareholders but it does let investors know that the shares are considered for such, however, these rights or privileges may change based on the decisions made by the underlying company.

The owners of a private company may want additional capital to invest in new projects within the company. They may also simply wish to reduce their holding, freeing up capital for their own private use. They can achieve these goals by selling shares in the company to the general public, through a sale on a stock exchange. This process is called an initial public offering, or IPO.

In general, the shares of a company may be transferred from shareholders to other parties by sale or other mechanisms, unless prohibited. Most jurisdictions have established laws and regulations governing such transfers, particularly if the issuer is a publicly traded entity.

The desire of stockholders to trade their shares has led to the establishment of stock exchanges, organizations which provide marketplaces for trading shares and other derivatives and financial products. Today, stock traders are usually represented by a stockbroker who buys and sells shares of a wide range of companies on such exchanges. A company may list its shares on an exchange by meeting and maintaining the listing requirements of a particular stock exchange. In the United States, through the intermarket trading system, stocks listed on one exchange can often also be traded on other participating exchanges, including electronic communication networks (ECNs), such as Archipelago or Instinet. 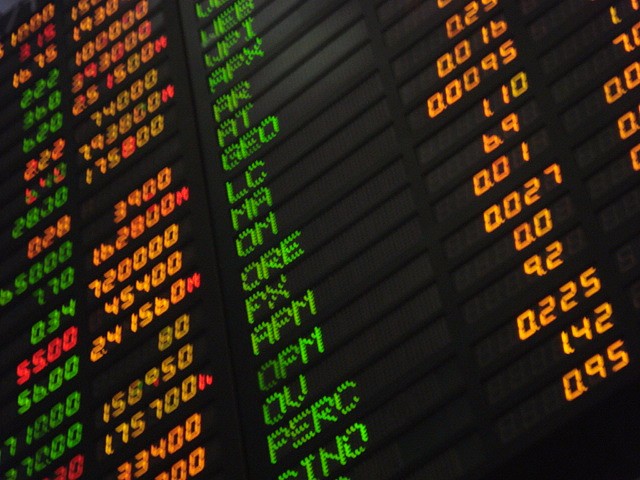 Stock Market Prices: Stock prices vary according to supply and demand for the stocks in question.