A stock split increases the number of shares outstanding without changing the market value of the firm.

A stock split or stock divide increases the number of shares in a public company. Suppose a company has 1,000 shares outstanding. The company may want to increase this number to 2,000 shares without issuing new shares. They would split their stock 2-for-1. That means that every shareholder trades in one old share and gets two new shares in return.

The price of the shares, however, changes. Since the market value of the company remains the same, the price of the new shares adjusts to reflect the new number of outstanding shares. For example, a company that has 100,000 shares outstanding that trade at $6 has a market capitalization of $600,000. After a 3-for-1 stock split the market capitalization of the company remains unchanged at $600,000, but there are not 300,000 shares trading at $2.

Berkshire Hathaway: Berkshire Hathaway has famously never had a stock split, and has never paid a dividend. As a result its Class A shares traded at $121,775.00 as of May 2, 2012, making them the highest-priced shares on the New York Stock Exchange.

Stock dividends are when a company gives each shareholder additional stock in lieu of a cash dividend.

In lieu of cash, a company may choose to pay its dividend in the form of stock. Instead of each shareholder receiving, say $2 for each share, they may receive an additional share. A stock dividend (also known as a scrip dividend) can be the economic equivalent of a stock split.

The stock dividend is not, however, exactly the same as a stock split. A stock split is paid by switching out old shares for a greater number of new shares. The company is essentially converting to a new set of shares and asking each shareholder to trade in the old ones.

Supreme Court Seal: The Eisner vs. Macomber case was a US Supreme Court Case that helped determine the differences in taxation of cash and stock dividends.

A stock dividend could be paid from shares not-outstanding. These are the company’s own shares that it holds: they are not circulating in the market, but were issued just the same. The company may have gotten these shares from share repurchases, or simply from them not being sold when issued.

Stock dividends may also be paid from non-outstanding stock or from the stock of another company (e.g. its subsidiary).

The company would record the stock dividend as a debit to the retained earnings account and credit both common stock and the paid in capital accounts.

Reverse splits are when a company reduces the number of shares outstanding by offering a number of new shares for each old one.

SEC: The Securities and Exchange Commission is the department that sets the different regulations regarding stock trading and splitting.

The reduction in the number of issued shares is accompanied by a proportional increase in the share price. A company with a market capitalization of $1,000,000 from 1,000,000 shares trading at $1 chooses to reduce the number of outstanding shares to 500,000 through a reverse split. This leads to a corresponding rise in the stock price to $2.

There is a stigma attached to doing a reverse stock split, so it is not initiated without very good reason and may take a shareholder or board meeting for consent. Many institutional investors and mutual funds, for example, have rules against purchasing a stock whose price is below some minimum. In an extreme case, a company whose share price has dropped so low that it is in danger of being delisted from its stock exchange, might use a reverse stock split to increase its share price. For these reasons, a reverse stock split is often an indication that a company is in financial trouble.

A reverse stock split may be used to reduce the number of shareholders. If a company completes reverse split in which 1 new share is issued for every 100 old shares, any investor holding less than 100 shares would simply receive a cash payment. If the number of shareholders drops, the company may be placed into a different regulatory categories and may be governed by different laws.

A share repurchase is when a company buys its own stock from public shareholders, thus reducing the number of shares outstanding.

Describe the different ways a company may repurchase its stock

An alternative to cash dividends is share repurchases. In a share repurchase, the issuing company purchases its own publicly traded shares, thus reducing the number of shares outstanding. The company then can either retire the shares, or hold them as treasury stock (non-circulating, but available for re-issuance).

When a company repurchases its own shares, it reduces the number of shares held by the public. The reduction of the shares outstanding means that even if profits remain the same, the earnings per share increase. Repurchasing shares when a company’s share price is undervalued benefits non-selling shareholders and extracts value from shareholders who sell.

Repurchasing shares will lead to a corresponding increase in price of the shares still outstanding. The market capitalization of the company is unchanged, meaning that a reduction in the number of shares outstanding must be accompanied by an increase in stock price.

There are six primary repurchasing methods:

Share repurchases are beneficial when the stock is undervalued, management needs to meet a financial metric, or there is a takeover threat.

Discuss the benefits of a company repurchasing its shares

A company may seek to repurchase some of its outstanding shares for a number of reasons. The company may feel that the shares are undervalued, an executive’s compensation may be tied to earnings per share targets, or it may need to prevent a hostile takeover.

For shareholders, the primary benefit is that those who do not sell their shares now have a higher percent ownership of the company’s shares and a higher price per share. Those who do choose to sell have done so at a price they are willing to sell at – unless there was a ‘put’ clause, in which case they had to sell because of the structure of the share, something they would have already known when they bought the shares.

Repurchasing shares may also be a signal that the manager feels that the company’s shares are undervalued. In this event, it will choose to repurchase shares, and then resell them in the open market once the price increases to accurately reflect the value of the company.

In some instances, executive compensation may be tied to meeting certain earnings per share (EPS) metrics. If management needs to boost the EPS of the company to meet the metric, s/he has two choices: raise earnings or reduce the number of shares. If earnings cannot be increased, there are a number of ways to artificially boost earnings (called earnings management), but s/he can also reduce the number of shares by repurchasing shares. Strictly speaking, this is a benefit to the management and executives, not the company or the shareholders. -Thwart. 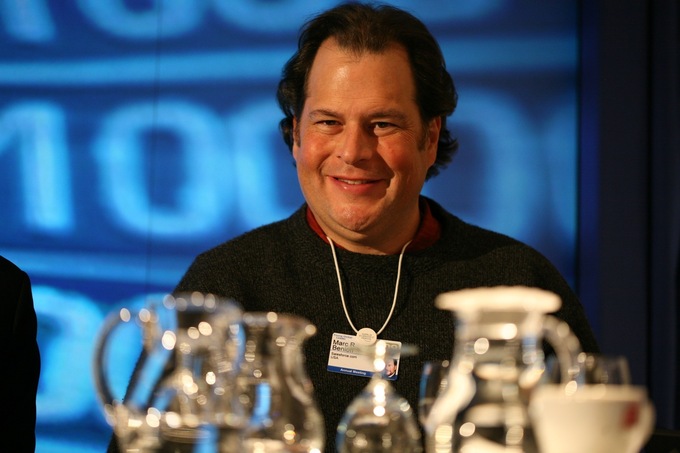 Marc Benioff: CEOs, like Marc Benioff of Salesforce.com, may have to meet certain financial targets in order to earn his or her bonus. If one of these targets is EPS, they may have an incentive to try to increase EPS artificially.

Share repurchases often give an advantage to insiders and can be used to manipulate financial metrics.

There are a number of drawbacks to share repurchases. Both shareholders and the companies that are repurchasing the shares can be negatively affected.

Shares may be repurchased if the management of the company feels that the company’s stock is undervalued in the market. It repurchases the shares with the intention of selling them once the market price of the shares increase to accurately reflect their true value. Not every shareholder, however, has a fair shot at knowing whether the repurchase price is fair. The repurchasing of the shares benefits the non-selling shareholders and extracts value from shareholders who sell. This gives insiders an advantage because they are more likely to know whether they should sell their shares to the company. 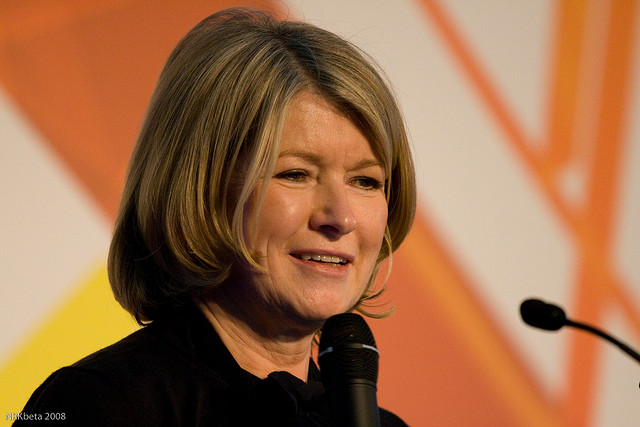 Furthermore, share repurchases can be used to manipulate financial metrics. All financial ratios that include the number of shares outstanding (notably earnings per share, or EPS) will be affected by share repurchases. Since compensation may be tied to reaching a high enough EPS number, there is an incentive for executives and management to try to boost EPS by repurchasing shares. Inaccurate EPS numbers are not good for investors because they imply a degree of financial health that may not exist.

From the investor’s standpoint, one drawback of share repurchases is that it’s hard to judge how it will affect the valuation of the company. Companies often announce repurchases and then fail to complete them, but repurchase completion rates increased after companies were forced to retroactively disclose their repurchase activity. It is difficult for shareholders, especially relatively uninformed ones, to judge how the announcement will affect the value of their holdings if there is no guarantee that the full announced repurchase will occur.

The purpose of the DRIP is to allow the shareholder to immediately reinvest his or her dividends in the company. Should the shareholder choose to do this on his or her own, s/he would have to wait until enough cash accumulates to buy a whole number of shares and s/he would also incur brokerage fees.

Charles Schwab: Brokerage firms like Charles Schwab earn money by charging a brokerage fee for executing transactions. Thus, participating in a DRIP helps shareholders avoid some or all of the fees they would occur if they reinvested the dividends themselves.

Participating in a DRIP, however, does not mean that the reinvestment of the dividends is free for the shareholder. Some DRIPs are free of charge for participants, while others do charge fees and/or proportional commissions.

DRIPs have become popular means of investment for a wide variety of investors as DRIPs enable them to take advantage of dollar-cost averaging with income in the form of corporate dividends that the company is paying out. Not only is the investor guaranteed the return of whatever the dividend yield is, but s/he may also earn whatever the stock appreciates to during his or her time of ownership. However, s/he is also subject to whatever the stock may decline to, as well.

There is an advantage to the the company managing the DRIP, too. DRIPS inherently encourage long-term investment in the shares, which helps to mitigate some of the volatility associated with active-trading. DRIPs help to stabilize the stock price.

The name “DRIP” is generally associated with programs run by the dividend-paying company. However, some brokerage firms also offer similar plans where shareholders can choose to have their cash dividends reinvested in stocks for little or no cost. This is called a synthetic DRIP.