Introduction to Risk and Return

There are many types of financial risk, including asset-backed, prepayment, interest rate, credit, liquidity, market, operational, foreign, and model risk.

The term “financial risk” is broad, but can be broken different categories to understand it better.

Asset-backed risk affects investments in asset-backed securities such as home loans. In order to finance home sales, banks issue bonds that serve as a debt obligation to its buyer. The buyer of the debt is essentially receiving the interest from the bank that the home-buyer is paying to it.

Prepayment risk is the risk that the buyer goes ahead and pays off the mortgage. Therefore, the buyer of the bond loses the right to the buyer’s interest payments over time.

Interest rate risk refers an asset whose terms can change over time, such as a Variable Rate Mortgage payment.

Credit risk or default risk, is the risk that a borrower will default (or stop making payments).

Liquidity risk is the risk that an asset or security cannot be converted into cash in a timely manner. Some investments (i.e. stocks) can be sold immediately at the current market rate and others (i.e. houses) are subject to a much higher degree of liquidity risk.

Market risk is the term associated with the risk of losing value in an investment will lose value because of a decline in the market.

Operational risk is another type of risk that deals with the operations of a particular business. If you are invested in the Boston Red Sox, your operational risk might include the chance that starting pitchers and recent acquisitions won’t perform, that your manager will turn the clubhouse into a mess, or that ownership will not be able to execute a long term strategy. Any of these risks might result in decreased revenues from ticket sales.

Model risk involves the chances that past models, which have been used to diversify away risk, will not accurately predict future models.

A recent phenomenon that applies the concepts of these risks and how they interact with each other happened in 2008 when the housing market crashed. Can you find an example of each form of risk here?

Leading up to the crisis, many people received loans to buy houses which they really couldn’t afford. The mortgages often featured variable rate annuities, meaning that the interest rate terms of the mortgage started low and increased over time. Over the past 20 year period, house prices had risen constantly and investors assumed the trend would continue. Buyers worried about an adjustment to their interest rate, and all of a sudden a 1500 monthly payment became 2000. When interest rates climbed 2 percentage points and the mortgage climbed to $2000, some owners had to default (stop making payments). They were promised that their investment would appreciate in value and they would be able to refinance it. The home loans were packaged and shipped off to investors all over the world in the form of complex investment vehicles. They seemed rewarding and highly safe at first, but then a few started breaking down. By now, these vehicles had made their way all the way around the world. When some investors defaulted, the world realized there were no mechanics around to fix these vehicles. After a few vehicles broke down, no one wanted to buy them, leading to the worst crash across world markets since 1929.

Calculate the risk of a portfolio using computational methods

Risk refers to the variability of possible returns associated with a given investment. Risk, along with the return, is a major consideration in capital budgeting decisions. The firm must compare the expected return from a given investment with the risk associated with it. Higher levels of return are required to compensate for increased levels of risk. In other words, the higher the risk undertaken, the more ample the return – and conversely, the lower the risk, the more modest the return.

This risk and return tradeoff is also known as the risk-return spectrum. There are various classes of possible investments, each with their own positions on the overall risk-return spectrum. The general progression is: short-term debt, long-term debt, property, high-yield debt, and equity. The existence of risk causes the need to incur a number of expenses. For example, the more risky the investment the more time and effort is usually required to obtain information about it and monitor its progress. Moreover, the importance of a loss of X amount of value can be greater than the importance of a gain of X amount of value, so a riskier investment will attract a higher risk premium even if the forecast return is the same as upon a less risky investment. Risk is therefore something that must be compensated for, and the more risk the more compensation is required.

When a firm makes a capital budgeting decision, they will wish, as a bare minimum, to recover enough to pay the increased cost of investment due to inflation. Thus, inflation is a pivotal input in a firm’s cost of capital. However, since interest rates are set by the market, it happens frequently that they are insufficient to compensate for inflation. 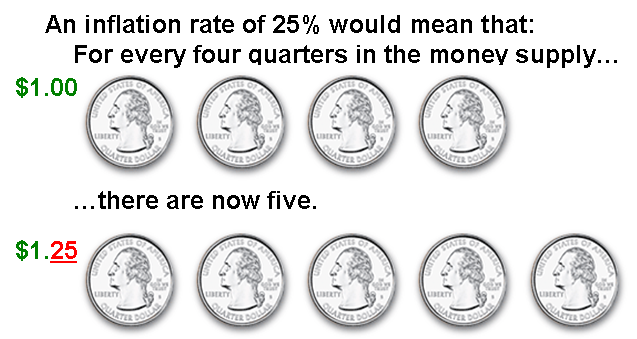 Inflation: Inflation is a rise in the general level of prices of goods and services in an economy over a period of time.

Risk aversion also plays an important role in determining a firm’s required return on an investment. Risk aversion is a concept based on the behavior of firms and investors while exposed to uncertainty to attempt to reduce that uncertainty. Risk aversion is the reluctance to accept a bargain with an uncertain payoff rather than another bargain with a more certain, but possibly lower, expected payoff. For example, a risk-averse investor might choose to put his or her money into a bank account with a low but guaranteed interest rate, rather than into a stock that may have high expected returns, but also involves a chance of losing value. Risk aversion can be thought of as having three levels:

Beta is a measure firms can use in order to determine an investment’s return sensitivity in relation to overall market risk. Beta describes the correlated volatility of an asset in relation to the volatility of the benchmark that said asset is being compared to. This benchmark is generally the overall financial market and is often estimated via the use of representative indices, such as the S&P 500. Beta is also referred to as financial elasticity or correlated relative volatility, and can be referred to as a measure of the sensitivity of the asset’s returns to market returns, its non-diversifiable risk, its systematic risk, or market risk. Higher-beta investments tend to be more volatile and therefore riskier, but provide the potential for higher returns. Lower-beta investments pose less risk, but generally offer lower returns.