Early-stage business ventures gain funding and guidance from venture capitalists in exchange for an equity stake in the firm.

Venture capital is a method of financing a business start-up in exchange for an equity stake in the firm. The risk of investment loss and the potential for future payout are both very high. As a shareholder, the venture capitalist’s return is dependent on the growth and profitability of the business. Return is earned when the business is sold to another owner or it “goes public” with an initial public offering (IPO). The venture capitalist can then “exit” by selling his shareholdings in the company.

Venture capital funds revolutionary social networking services: Facebook is one example of a entrepreneurial idea that benefited from venture capital financing. The Menlo Park-based firm has seen immense success since their launch in 2004. Unfortunately for Facebook’s venture capitalist investors (Accel Partners, Greylock Partners and Meritech Capital), the IPO has not performed as well as expected.

Due to their risky nature, most venture capital investments are done with pooled investment vehicles. Investors combine their financial contributions into one fund, which is then used to invest in a number of companies. This way, investors are diversifying their portfolio and spreading out risk. Venture capitalists are gambling that returns from successful investments will outweigh investments lost in failed ventures. Venture capitalists are selective in their investments. Innovative technology, growth potential and a well-developed business model are among the qualities they look for. Growth potential is the most important quality, given the high risk a VC firm assumes by investing. The priority for VC firms is high financial return and a successful exit within three to seven years.Venture funding is most suitable for businesses having large up-front capital requirements that cannot be financed by debt or other alternatives. These characteristics usually best fit companies in high-tech industries, which explains the venture capital boom of the late 1990s. The technology firms of Silicon Valley and Menlo Park were primarily funded by venture capital. These industries saw a surge in public interest that eventually generated large returns for VC firms.

A VC firm’s contributions often extend beyond financial funding. To increase the likelihood of high returns, it is in the venture capitalists’ interests to nurture their investments. Any guidance and expertise venture capitalists offer to start-up firms can be instrumental to success.

Advantages and Disadvantages of VC Financing

While VC financing provides the benefit of significant resources, costs include loss of ownership and autonomy.

Discuss the advantages and disadvantages of using venture capital 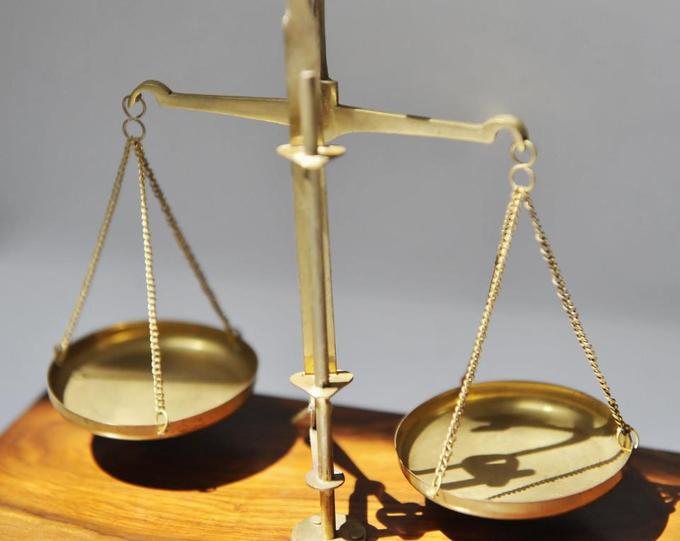 Weighing advantages and disadvantages: Pursuing venture capital financing may not be appropriate for most start-up companies. It is important to weigh the benefits of receiving abundant resources against the costs of losing autonomy and ownership.

Advantages: The primary advantage of venture capital financing is an ability for company expansion that would not be possible through bank loans or other methods. This is essential for start-ups with limited operating histories and high upfront costs. In addition, repayment of VC investors isn’t necessarily an obligation like it would be for a bank loan. Rather, investors are shouldering the investment risk because they believe in the company’s future success.

Venture capital is also associated with job creation (accounting for 2% of US GDP), the knowledge economy, and used as a proxy measure of innovation within an economic sector or geography.

Disadvantages: Securing a VC deal can be a difficult process due to accounting and legal costs a firm must shoulder. The start-up company must also give up some ownership stake to the VC company investing in it. This results in a partial loss of autonomy that finds venture capitalists involved in decision-making processes. VC deals also come with stipulations and restrictions in composition of the start-up’s management team, employee salary and other factors. Furthermore, with the VC firm literally invested in the company’s success, all business operations will be under constant scrutiny. The loss of control varies depending on the terms of the VC deal.

Initial public offerings are a primary and potentially lucrative means of exit from investment for venture capitalists.

Describe the benefits and disadvantages of an IPO

An initial public offering (IPO), also known as a stock market launch, is the first time a private company’s shares are sold to the general public on a securities exchange. Allowing the general public to take up equity stakes in the company transforms it from being privately traded to publicly traded. If the company was venture-backed, the VC firms often gain their returns from IPO yields. Usually, the VC exits investments within a short time (1-3 years, normally) after the IPO is concluded either by distributing the shares to VC fund investors or selling them off on the market. Going public can also have benefits for the company, including: 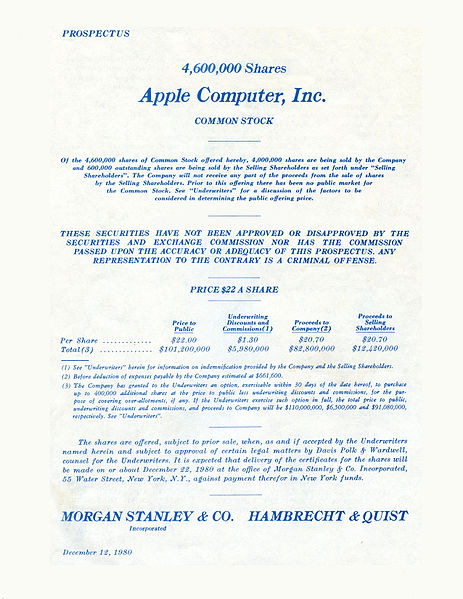 Apple Computers IPO Prospectus: The Initial Public Offering (IPO) Prospectus for Apple Computer Inc. in December 1980. A total of 5 million shares were offered to the public for $22 each. The total outstanding shares after the offering were 54,215,332. The company’s officers, directors and major shareholders held 32 million shares and the rest were held by the company for stock options plans and other needs. Apple’s valuation after the IPO was over $1 billion. (54 million shares at $22. )

IPOs are not without cost to the company. Disadvantages to completing an initial public offering, include:

These conditions may be in the form of “demand rights” or “piggyback rights”.