Decision making is the mental process of selecting a course of action from a set of alternatives.

Identify the steps and analyze alternatives in a decision-making process

Decision making is the mental process of choosing from a set of alternatives. Every decision-making process produces an outcome that might be an action, a recommendation, or an opinion. Since doing nothing or remaining neutral is usually among the set of options one chooses from, selecting that course is also making a decision.

While they are related, problem analysis and decision making are distinct activities. Decisions are commonly focused on a problem or challenge. Decision makers must gather and consider data before making a choice. Problem analysis involves framing the issue by defining its boundaries, establishing criteria with which to select from alternatives, and developing conclusions based on available information. Analyzing a problem may not result in a decision, although the results are an important ingredient in all decision making.

Decision making comprises a series of sequential activities that together structure the process and facilitate its conclusion. These steps are: 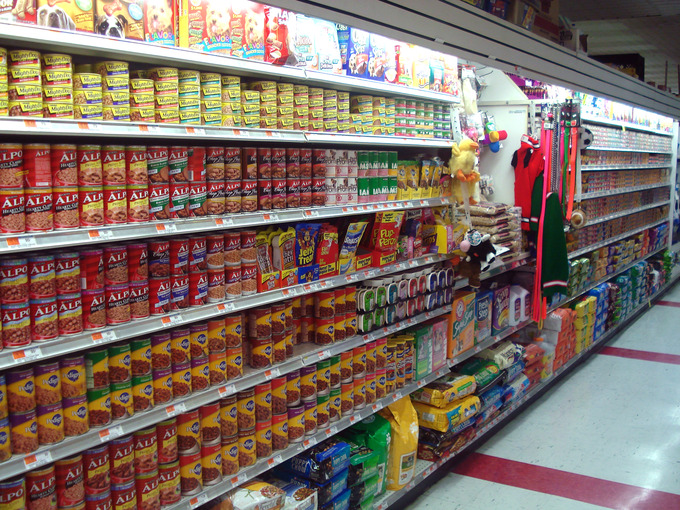 Many choices: Too many choices increase the difficulty of making a decision.

A major part of decision making involves the analysis of a defined set of alternatives against selection criteria. These criteria usually include costs and benefits, advantages and disadvantages, and alignment with preferences. For example, when choosing a place to establish a new business, the criteria might include rental costs, availability of skilled labor, access to transportation and means of distribution, and proximity to customers. Based on the relative importance of these factors, a business owner makes a decision that best meets the criteria.

The decision maker may face a problem when trying to evaluate alternatives in terms of their strengths and weaknesses. This can be especially challenging when there are many factors to consider. Time limits and personal emotions also play a role in the process of choosing between alternatives. Greater deliberation and information gathering often takes additional time, and decision makers often must choose before they feel fully prepared. In addition, the more that is at stake the more emotions are likely to come into play, and this can distort one’s judgment.

Decisions are driven by psychological, cognitive, and normative styles, each of which take into account varying influences on the final decision.

Decision-making is a truly fascinating science, incorporating organizational behavior, psychology, sociology, neurology, strategy, management, philosophy, and logic. The ability to make effective decisions that are rational, informed, and collaborative can greatly reduce opportunity costs while building a strong organizational focus. As a prospective manager, effective decision-making is a central skill necessary for success. This requires the capacity to weigh various paths and determine the optimal trajectory of action.

There are countless perspectives and tactics to effective decision-making. However, there are a few key points in decision-making theory that are central to understanding how different styles may impact organizational trajectories. Decision-making styles can be divided into three broad categories:

While the above styles give a general sense of the logic that drives choices, it is more useful to recognize that each of these three styles can play a role in any individual’s decision-making process. From the cognitive perspective, there are a few specific stylistic models that are useful to keep in mind:

Decision-making is limited to the finite amount of information an individual has access to. With limitations on information, true objectivity is impossible. Decisions are therefore intrinsically flawed. A satisficer will recognize this necessary imperfection, and prefer faster but less perfect decisions while a maximizer will take a longer time trying to find the optimal choice. This can be viewed as a spectrum, and each decision (depending on the risk of a mistake) can be viewed with varying levels of perfection.

Daniel Kahneman puts forward the idea of two separate minds that compete for influence within each of us. One way to describe this is a conscious and a subconscious perspective. The subconscious mind (referred to as System 1) is automatic and intuitive, rapidly consolidating data and producing a decision almost immediately. The conscious mind (referred to as System 2) requires more effort and input, utilizing logic and rationale to make an explicit choice.

This relationship was put forward by Aron Katsenelinboigen based on how the game of chess is played, and an individual’s relationship with uncertainty. A combinatorial player has a final outcome, making a series of decisions that try to link the initial position with the final outcome in a firm, narrow, and concrete way (i.e. certainty). The positional decision-making approach is ‘looser’, with a sense of setting up for an uncertain future as opposed to pursuing a concrete object. Each move from this type of player would maximize options as opposed to pursue an outcome. 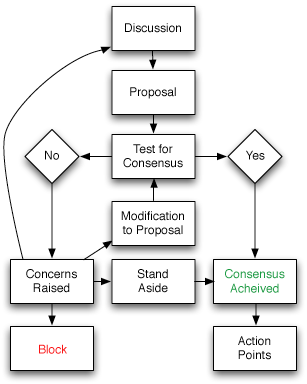 Consensus Flowchart: Regardless of perspective or style, all leaders must make decisions that create consensus. This model underlines how a manager or leader can discuss various options within a group setting, make proposals for action, and iterate until agreement is reached.

Every decision-making process reaches a conclusion, which can be a choice to act or not to act, a decision on what course of action to take and how, or even an opinion or recommendation. Sometimes decision making leads to redefining the issue or challenge. Accordingly, three decision-making processes are known as avoiding, problem solving, and problem seeking.

One decision-making option is to make no choice at all. There are several reasons why the decision maker might do this:

One example of avoiding a decision occurs routinely at the Supreme Court of the United States (as well as other appellate courts). The Supreme Court will decline to hear a case because, in their judgment, the issues have not been sufficiently considered in lower courts.

Most decisions consists of problem-solving activities that end when a satisfactory solution is reached. In psychology, problem solving refers to the desire to reach a definite goal from a present condition. Problem solving requires problem definition, information analysis and evaluation, and alternative selection.

On occasion, the process of problem solving brings the focus or scope of the problem itself into question. It may be found to be poorly defined, of too large or small a scope, or missing a key dimension. Decision makers must then step back and reconsider the information and analysis they have brought to bear so far. We can regard this activity as problem seeking because decision makers must return to the starting point and respecify the issue or problem they want to address.