Globalization is the process by which the international exchange of goods, services, capital, technology and knowledge becomes increasingly interconnected.

The derivation of the term ‘globalization’ stems from the verb ‘to globalize’, which embodies the concept of international interdependence and influence between various social and economic systems. There are various interpretations and definitions of this concept, ranging from disciplines such as sociology, philosophy, anthropology, and business. The International Monetary Fund (IMF) highlighted four critical aspects of globalization that effectively define this idea from a business perspective:

Globalization is a natural phenomenon, in both cultures and markets, that allows for synergy through specialization. This empowers domestic economies to gain a larger array of products, services, human capital, investment, and knowledge through leveraging external markets. The evolution of this natural development provides interesting insights as to the value captured through international trade, underlining it’s important role in worldwide economic development.

Some economists postulate that the roots of global trade links may be attributed to the Sumerians around 3,000 B.C., as they created routes between themselves and civilizations in the Indus Valley Region (what is now the northwestern region of India). The regions involved in these exchanges potentially spanned from Spain to India, providing a large spectrum of potential specialization based on climate, skills, availability of resources, etc. As a result, the concept of trading goods simpler to produce in that particular region that were of equal value in pursuit of exchange became a practice that derived value.

As cultures such as the Sumerian’s realized the advantages of trading, the surrounding regions began a slow transition towards trade with other nations. What minimized globalization historically was the enormous time and capital investment in travel, creating ‘trade spheres’ around countries/civilizations that demonstrated potential trade proximity. Europe and Asia, due to the enormous cultural diversity and relative ease of travel, played a substantial role in this development throughout the past 5,000 years. represents what a number of specific trade spheres looked like during the 13th century, highlighting the value in proximity to other nations. is slightly more specific and represents the Silk Road, one of History’s most distinct examples of trade development. 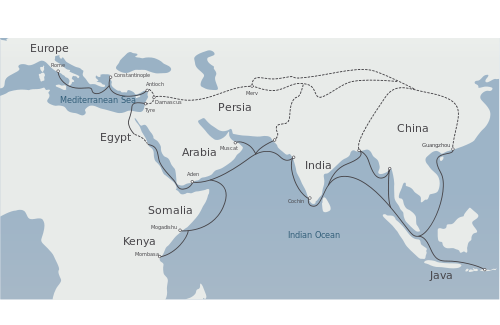 The Silk Road: The Silk Road stretched across Asia from the Mediterranean Sea to the Pacific Coast of China, making it one of history’s strongest examples of international trade development.

Modern day markets are exponentially more interdependent, as both travel and communication have developed to the point of relative immediacy. The historic trade barriers have largely been broken down, creating an international complexity in regards to market forces. The growing importance of utilizing these international resources and isolating increased potential for exchange has demanded a spotlight on understanding economics, particularly the pros and cons of a world market with far fewer borders.

Globalization has lead to valuable, world-wide cross-cultural understanding and the fruitful exchange of products and ideas.

Examine the positive outcomes of globalization

The Good in Globalization

The argument in support of globalization is multifaceted, involving complex political, cultural, economic, and ethical factors. Let’s briefly touch upon each of these categories and explore the ways in which they may be perceived as beneficial.

The central pillar in political globalization is the ever-increasing need to cooperate. It is clear that through the proverbial shrinking of the world, countries and cultures are brought together to facilitate international agreement. The creation and existence of the United Nations, for example, has been called one of the classic examples of political globalization. 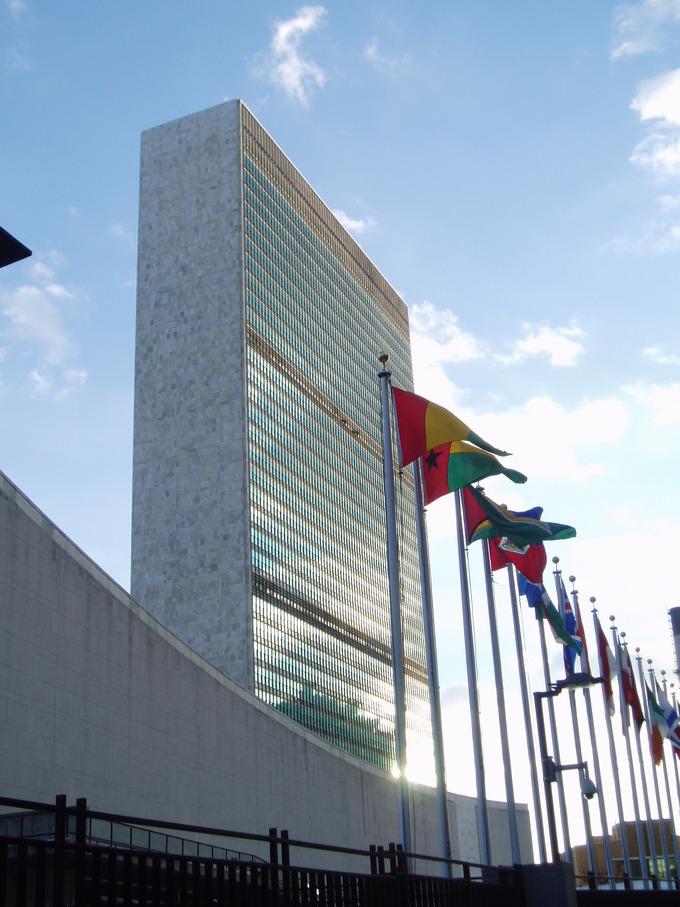 Along similar lines, the “shrinking of the world” has allowed individuals across the globe to explore new cultures either via travel or through local exposure to international art, music, religion, theater, TV, movies, and countless other cultural outlets and perspectives.

While there are ethical concerns associated with globalization, there are ethical benefits as well. International awareness carries with it, for example, the opportunity for nations and organizations to address human rights injustices committed across the globe. This allows for a rising sense of global civics, the notion that we have certain rights and responsibilities towards each other by the mere fact of being human on Earth.

Globalization allows for the exchange of goods and services across the globe. As a result of globalization, areas with limited resources (i.e. areas with limited farmland or no access to medicine) are able to access goods that can substantially improve their population’s standard of living.

Globalization also allows for specialization, allowing different parts of product, for example, to be manufactured in different regions of the world. While one area may excel in producing the semiconductor for your phone, another area might excel in crafting your touch screen, and so on. This creates synergies through collaboration, enabling specialists to focus on their business strengths.

The increasing rate of global economic and cultural exchange has resulted in a variety of developmental challenges.

Recognize the negative consequences of globalization and consider how to address them from various perspectives.

Globalization has been impacting global development for millennia, and shows no signs of slowing down. As a result, society must carefully consider the consequences of an ever-accelerating integration of cultures and economies, and ensure the benefits outweigh the costs.

The Consequences of Globalization

While globalization is often touted as an overwhelmingly positive development in the long run, there are many arguments to be made concerning the potential pitfalls and consequences of an increasingly-connected world. These can be best described as political, cultural, economic, and ethical in nature.

While the rise of NGO’s and other humanitarian groups is a wonderful benefit of the internationalizing world, there are also consequences. As a result, some nations seem to be growing more and more agitated. North Korea is a prime example of an isolationist state, resisting globalization and strictly regulating what products, individuals, and even ideas are permitted to pass their country’s borders. While globalization has brought countries in closer contact, it also serves to accelerate conflicts.

Cultural exchange is a wonderful thing in many ways, but doesn’t come without its costs. As we integrate cultures across the globe, many cultures feel that their own culture is being lost in what could be described as the growing ‘world culture.’ As new views and ideas compete for our attention, certain cultural perspectives are left discarded and forgotten for others. It is sometimes argued that this is robbing certain locales of their heritage.

While you may be able to drink coffee from Ethiopia while texting on a phone manufactured in Korea on an Uber in New York City, there are also some critical downsides to a global economy. First and foremost is the exploitation of cheap labor. While there are valid arguments that outsourcing labor leads to some economic growth in developing nations, there is still no question that globalization also leads to poor working conditions, extremely low wages, and indentured servitude.  Yet still, due to regulatory environments lacking proper standards and business practices pursuing the path of least resistance, this exploitation continues.

Income Inequality as of 2014: This map demonstrates levels of income inequality across the globe utilizing a Gini coefficient as of 2014. The very real divide between developed and developing nations underscores a core weakness in globalization, as benefits are not shared equally and wages do not reflect norms across regions.

The other often cited criticism of a globalized economy is the rapid consolidation of many industries. Monopolies and oligopolies on an global level are powerful and difficult to regulate, allowing for unfair practices and the pushing out of local businesses. Offsetting this risk requires careful legislation and the social expectation that firms behave responsibly and with respect for local economies.

Aside from these big topics in globalization, there are other ethical concerns worth mentioning. As economies spread farther across the globe, so too does the pollution of manufacturing and transportation. The destruction of natural resource pools through corporate exploitation is relatively common, and the propensity to sell products that are clearly unhealthy has picked up across the globe (i.e. fast food, alcohol, cigarettes, etc.).

While the list could go on, this provides a frame of reference for considering the developmental challenges that come alongside a more global world. Addressing these consequences respectfully and carefully to mitigate the negative effects is a critical concern for governments, businesses, and each and every one of us.