Team conflict is a state of discord between individuals that work together.

Conflict is a feature common to social life. In organizations, conflict is a state of discord caused by the actual or perceived opposition of needs, values, and/or interests between people working together. Conflict on teams takes many forms and can be minor, causing only brief disruption, or major, threatening the team’s ability to function and attain its goals. We can distinguish between two type of conflict: substantive and affective.

Substantive conflicts deal with aspects of a team’s work. For example, conflicts can arise over questions about an individual’s performance, differing views about the scope of a task or assignment, disparate definitions of acceptable quality, or the nature of a project goal. Other substantive conflicts involve how team members work together. These process conflicts often involve disagreements over the strategies, policies, and procedures the group should use in order to complete its tasks.

Affective conflict relates to trouble that develops in interpersonal relationships among team members. While these personal conflicts emerge as people work together, they may have their roots in factors separate from the team’s purpose and activities. Affective conflicts are often based on personality conflicts, differing communication styles, perceptions about level of effort, or personal dislikes based on negative past experiences. 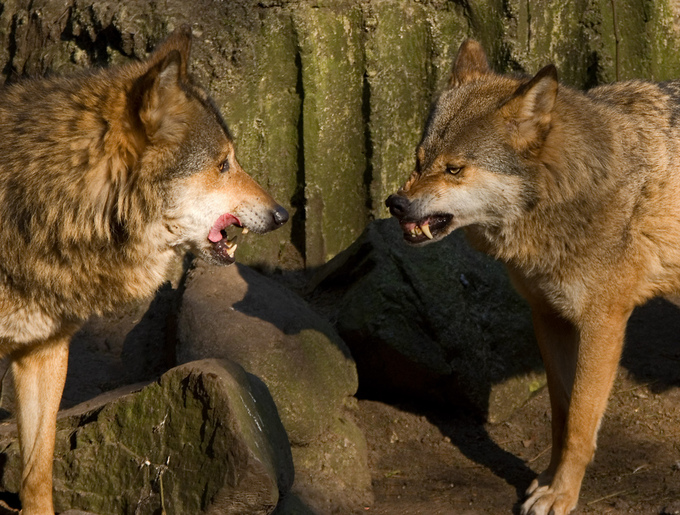 Arguing wolves: These wolves are expressing disagreement over territory or having some other type of conflict.

The Impact of Interpersonal Conflict on Team Performance

Conflict can have damaging or productive effects on the performance of a team.

Conflict occurs often in teamwork, especially during the storming phase of team development. While at first we might think of all conflict between team members as undesirable and harmful, the process of resolving conflicts can actually provide benefits to team performance. Whether a conflict is productive or not can depend on how team members perceive it, as well as how it affects progress toward the team’s goals.

Substantive conflicts can affect performance for the better by removing barriers caused by different assumptions or misunderstandings about a team’s tasks, strategy, or goals. Conflict can be constructive when it creates broader awareness about how team members are experiencing their work and thus leads to changes that improve members’ productivity. Conflict can also lead to process improvements, such as when it reveals a deficiency in how the team communicates, which can then be corrected. Clashes of ideas can lead to more creative solutions or otherwise provide perspectives that persuade the team to take a different approach that is more likely to lead to success.

Addressing personal conflicts that arise between members can facilitate cooperation by helping individuals adapt their behavior to better suit the needs of others. Although most people find conflict uncomfortable while they are experiencing it, they can come to recognize its value as the team progresses in its development.

While sometimes conflict can lead to a solution to a problem, conflicts can also create problems. Discord caused by enmity between individuals can reduce team cohesion and the ability of team members to work together. Conflicts can create distractions that require time and effort to resolve, which can delay completion of tasks and even put a team’s goals at risk.

Communication can suffer when people withdraw their attention or participation, leading to poor coordination of interdependent tasks. Tension and heightened emotions can lower team members’ satisfaction, increase frustration, and lead to bad judgments. They can even prompt individuals to withdraw from the team, requiring the assignment of a new member or creating a resource scarcity that makes it more difficult for the team to fulfill its purpose. In extreme cases, conflict among members, if left unaddressed, can lead to the complete inability of the team to function, and thus to its disbandment.

Team conflict is caused by factors related to individual behavior as well as disagreements about the team’s work.

Identify the causes of conflict within an organization as a conflict manager.

Conflict between team members comes from several sources. Some conflicts have their basis in how people behave, while others come from disagreements about the nature of the team’s work and how it is being accomplished. 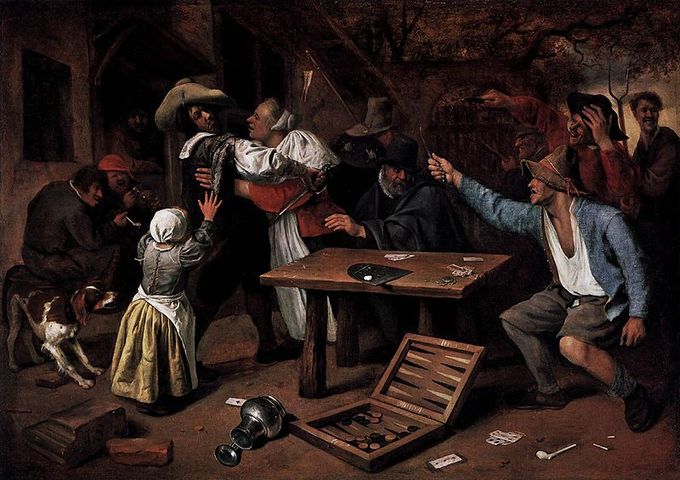 Card game argument: Behavioral differences and personality clashes can cause conflict even among friends.

Teams can use conflict as a strategy for enhancing performance.

Teams may use conflict as a strategy for continuous improvement and learning. Recognizing the benefits of conflict and using them as part of the team’s process can enhance team performance. Conflict can uncover barriers to collaboration that changes in behavior can remove. It can also foster better decisions because it makes team members consider the perspectives of others and even helps them see things in new and innovative ways.

Addressing conflict can increase team cohesion by engaging members in discussions about important issues. Team members may feel more valued when they know they are contributing to something vital to the team’s success. Conflict can reveal assumptions that may not apply in the current situation and thus allow the team to agree on a new course. It can also draw attention to norms that have developed without the explicit agreement of team members and create the opportunity to endorse or discard them.

Team members and others can follow a few guidelines for encouraging constructive conflict. First, they can start by explicitly calling for it as something that will help improve the team’s performance. This helps people view conflict as acceptable and can thus free them to speak up.

Teams can lower the emotional intensity of any conflict be establishing clear guidelines for how to express disagreements and challenge colleagues. One helpful norm is to focus on the task-related element of a conflict rather than criticizing the traits of particular individuals. Another is to emphasize common goals and shared commitments, which can keep conflict in perspective and prevent it from overwhelming the team’s efforts.

Some ways of dealing with conflict seek resolution; others aim to minimize negative effects on the team.

The way a team deals with conflicts that arise among members can influence whether and how those conflicts are resolved and, as a result, the team’s subsequent performance. There are several ways to approach managing and resolving team conflict—some leave the team and its members better able to continue their work, while others can undermine its effectiveness as a performing unit.

Teams use one of three primary approaches to conflict resolution: integrative, distributive, and mediating.

Although these three approaches all bring overt conflict to an end, team cohesion can suffer if members perceive the process itself as unfair, disrespectful, or overly contentious. The result can be resentment that festers and leads to subsequent additional conflict that a more conciliatory process might have avoided.

The primary aim of conflict management is to promote the positive effects and reduce the negative effects that disputes can have on team performance without necessarily fully resolving the conflict itself. Teams use one of three main tactics to manage conflict: smoothing, yielding, and avoiding.

While conflict can increase the engagement of team members, it can also create distractions and draw attention away from important tasks. Because conflict management seeks to contain such disruptions and threats to team performance, conflicts do not disappear so much as exist alongside the teamwork.