Reinforcement as a Management Tool

Reinforcement is a process of strengthening desirable behaviors, often through the use of rewards.

Describe the role of behavioral reinforcement in organizational management

Reinforcement is a term used in the context of behavioral analysis and in a specific kind of intentional behavior change known as operant conditioning. It is a process of increasing the incidence of a (measurable) behavior. Very basic examples of such behaviors include things like the rate of pulling a lever, the duration of holding down a button, or the speed with which a switch is flipped after a certain noise is sounded.

Reinforcement as a Management Tool 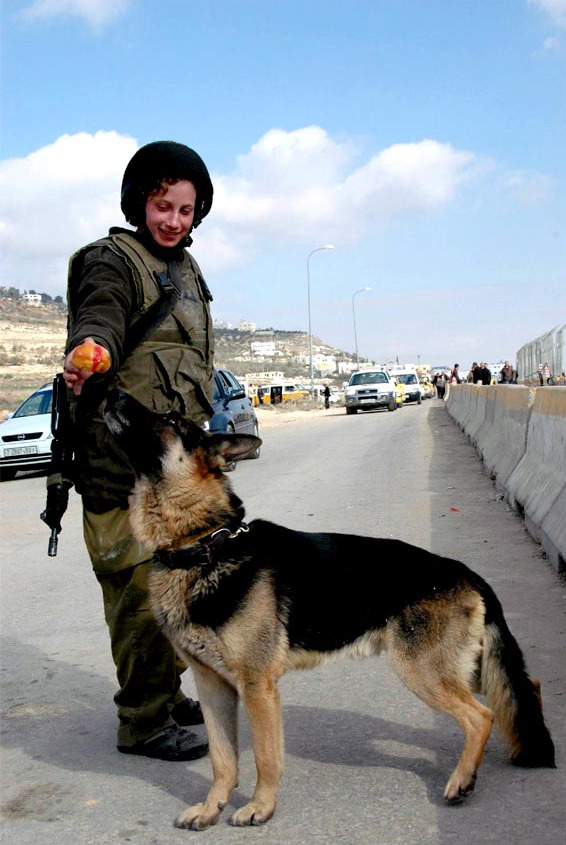 Reinforcing good behavior: This soldier reinforces her dog’s desirable behavior by giving it a treat.

Managers are responsible for identifying what behaviors should be promoted and what should be discouraged and must carefully consider organizational objectives in this process. Implementing rewards and punishments that parallel the organization ‘s goals help to create a work culture and work environment that embody those goals and objectives.

Example of an Incentive Program

Let’s take an IT sales team as an example. The team’s overarching goal is to sell their new software to businesses. The manager may want to emphasize sales to partners of a certain size (i.e., big contracts). To this end, the manager may reward team members who gain clients of 5,000 or more employees with a commission of 5% of the overall sales volume for each such partner. This reward of a 5% commission reinforces the behavior of closing big contracts, strongly motivating team members to work toward that goal and thus likely increasing the number of big contracts closed.

Features of a Successful Incentive Program

To facilitate the creation of a profitable program, every feature of the incentive program must be tailored to the participants’ interests. A successful incentive program requires clearly defined rules, suitable rewards, efficient communication strategies, and measurable success metrics. By adapting each element of the program to fit the target audience, companies are better able to engage program participants and enhance overall program efficacy.

Punishment as a Management Tool

Punishment is the imposition of a negative consequence with the goal of reducing or stopping someone’s undesirable behavior.

Punishment is a term used in the context of behavioral analysis and in a specific kind of intentional behavior change known as operant conditioning. It is a process of decreasing the incidence of a (measurable) behavior. Very basic examples of such behaviors include things like the rate of pulling a lever, the duration of holding down a button, or the speed with which a switch is flipped after a certain noise is sounded.

Punishment as a Management Tool

The purpose of punishment is to prevent future occurrences of a given socially unacceptable or undesirable behavior. According to deterrence theory, the awareness of a punishment will prevent people from performing the behavior. This can be accomplished either through punishing someone immediately after the undesirable behavior so that they are reluctant to perform the behavior again or through educating people about the punishment preemptively so they are reluctant to perform the behavior at all. In a management context, punishment tools can include demotions, salary cuts, and terminations (fires).

In business organizations, punishment and deterrence theory play a vital role in shaping culture to be in line with operational expectations and in avoiding conflicts and negative outcomes both internally and externally. If employees clearly know what they are not supposed to do, they generally try to avoid doing it. Prevention is a much cheaper and easier approach than waiting for something bad to happen, so preemptive education regarding rules and penalties for rule violation is common practice. 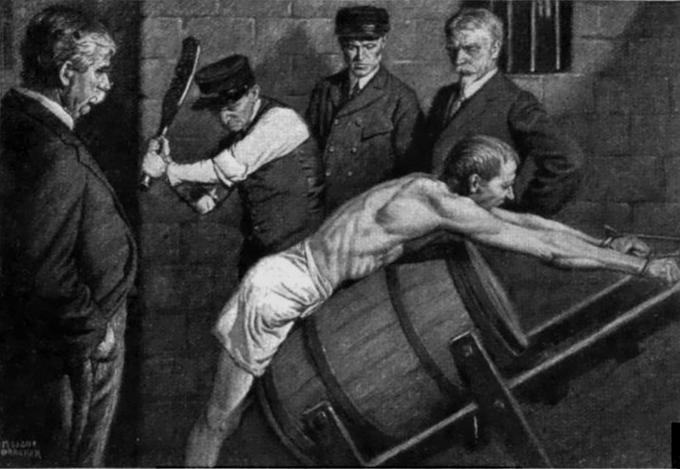 Punishment of the Paddle: This is an old form of punishment.

While studies have produced a great deal of research on motivation, from the perspective of both management and psychology, a few psychological theories can be applied specifically to employee motivation. Using modern research and understanding what drives behavior are the focal points of organizational behavior study, and managers should actively apply these psychological frameworks to their everyday management strategies and considerations. These frameworks can be coupled with concepts of reinforcement and punishment as tools managers use to emphasize or discourage specific behaviors.

Need-based theories of motivation focus on an employee’s drive to satisfy needs by working. Needs range from basic physiological needs for survival to higher-level emotional needs, like belonging and self-actualization.

From the perspective of the manager, Maslow’s model (see below image) is highly useful in drawing a few simple yet important conclusions. First, if employees are not being paid enough to satisfy the bottom two tiers of the hierarchy (for example, pay rent, buy food, etc.), then they will be unmotivated to create a strong social environment, accomplish goals, or be creative. Salary, therefore, must be high enough to match or exceed a reasonable standard of living. Secondly, without a good culture for social interaction, employees will find it difficult to achieve high levels of creativity and problem-solving. If managers want to capture maximum value from employees, they must supply each component on this list—to the best of their ability—in reimbursements, culture, and goal setting.

Equity theory is derived from social-exchange theory. It explains motivation in the workplace as a cognitive process where the employee evaluates the balance between inputs (or efforts) in the workplace and the outcomes (or rewards) that are received or anticipated.

For management, the implications are similar to those of Maslow’s lower-level needs. Employees expect that they will receive an equivalent reimbursement for the value they create. Management must assess the value of the job objectively and clearly explain the exchange (time and efforts for money/benefits/job satisfaction) to the employee prior to the onset of work. Equity must be maintained for proper motivation, and managers are responsible for establishing equity within the organization.

Based upon the psychological theories of motivation discussed here, management is in the difficult position of identifying and fulfilling needs for different employees (who will in turn require different motivational assistance). To accomplish this need fulfillment, managers have a few tools to employ that allows them to steer the direction of motivation. These include positive and negative reinforcements and positive and negative punishments.

As noted above in Maslow’s hierarchy, employees are motivated in a linear fashion (fulfilling base needs will result in higher needs). As a result, a manager must recognize what level of the hierarchy an employee is on before using reinforcement or punishment. If the employee is more concerned about salary and creating enough capital to live comfortably, a manager could positively reinforce certain behaviors with bonus pay or raises. If an employee is pursuing esteem, managers can apply promotions or employee-achievement awards.

Similarly, punishments can be effective in emphasizing motivational successes and failures as well. Using equity theory, managers can consider employees’ actions in context with desired outcomes. For example, if an employee is often late and misses important meetings, resulting in a loss of revenue for the company, equity theory permits that this employee should be punished with lower pay. In this situation, equity theory allows management to motivate through punishing employees who do not create the required returns to pay their salaries.