A task force is a temporary team created to address a single piece of work, a problem, or a goal.

“Task force” is a phrase that originated in the United States Navy during World War II. At the time, naval operations were performed by formal groupings such as fleets or squadrons, but the war created new challenges for the U.S. Navy that demanded flexibility in how resources were used. Formation of a task force allowed officers and equipment that formally belonged to different groups to come together for a single specific purpose, without reassigning responsibility for those assets or requiring the reorganization or repurposing of the fleet. Task forces were temporary and easily disbanded after their work was complete.

Today, in government, business, and other arenas, task forces are special ad-hoc committees created especially to deal with single problems or issues. For example, the U.S. Preventive Services Task Force (USPSTF) comprises independent national experts in prevention that use evidence-based and clinical preventative techniques to improve health outcomes for Americans. Examples of this kind of care would be routine screenings for disease, such as mammograms. As in the USPSTF, members of a task force are typically experts, and the group operates with a specific charge and within a specific time frame. The task force usually begins by assessing the factors that relate to its work. Next, the team typically identifies and analyzes possible solutions and develops recommendations and plans for implementing them.

Generally, a task force will not have responsibility for implementing its recommendations once they are made, although individual team members may have a role in doing so. Task forces do not have the power to compel others to accept their recommendations. Indeed, the results of their work may be accepted in part, rejected in part, or even ignored altogether.

A team created by political parties to deal with campaign finance reform is an example of a task force. The task force is expected to study the issue, assess possible actions to be taken, and then make its recommendations in the form of a report. The results of the task force’s efforts then might be used by legislators to draft laws that would redefine acceptable practices for funding political campaigns.

A cross-functional team comprises people from different departments and with special areas of expertise working to achieve a common goal.

Explain the purpose and benefit of cross-functional teams

Cross-functional teams include members who bring different types of knowledge and experience from areas such as finance, engineering, human resources, and marketing. These teams occasionally may draw on subject-matter expertise from outside the organization by inviting external consultants or customers to join a team. By combining people with diverse task-related backgrounds, cross-functional teams can take a broader approach to addressing a problem or completing a set of activities. This can lead to new ideas and more creative solutions. It can also make a team’s efforts more efficient and effective by including information that can help avert risks or poor outcomes. 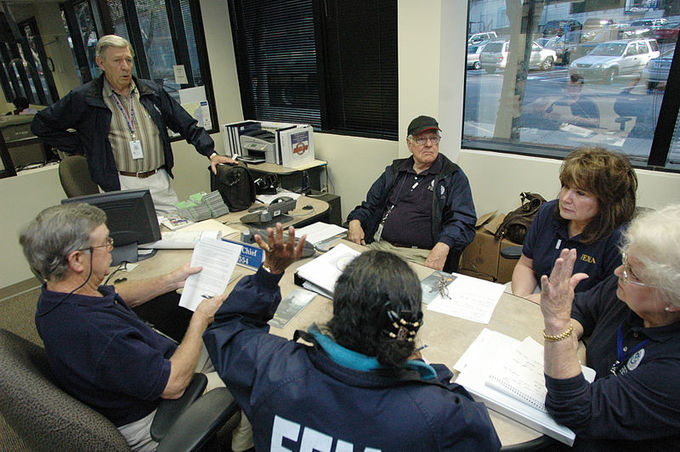 Example of a Cross-Functional Team

Many business activities require cross-functional collaboration to achieve successful outcomes. A common example is service improvement. To better meet customer expectations and achieve higher satisfaction rates, a company first needs to understand what customers are looking for. The marketing department is responsible for gathering that type of customer data. Operations staff members have expertise in how to design the process for delivering a service, so they would need to be involved in making any changes to that system. The human resources department oversees training, and employees may need new skills to succeed with the new process. If any information technology is involved in supporting the service improvement, then people from that department should be on the team. Finally, accountants may be needed to identify any new costs and additional savings. In this example, the team brings together people from five different functional areas.

Even though diversity of knowledge and perspective is the big advantage of cross-functional teams, it can also be a source of problems. People who work in the same discipline or area have a common understanding and a terminology for their work that is unknown to others. Shorthand expressions or common acronyms that are familiar to one person may be confusing to others. This can make communication between members of a cross-functional team difficult and subject to misunderstanding.

Cross-functional teams may be more likely than less complex teams to have members with divergent perspectives on how work gets done. For instance, engineers value precision and attention to detail, while those who come from more creative areas such as marketing may prefer a less rigid approach. These differences in styles may also be reflected in the personalities of team members. It can take extra effort to collaborate when you have to take into account the preferences and styles of widely dissimilar individuals.

In some organizations certain departments have more status than others. A common distinction is between those in areas that contribute directly to revenue, such as sales and manufacturing, and those that do not, including support departments like purchasing and IT. Perceived differences in relative importance or credibility can undermine the effectiveness of cross-functional collaboration.

A virtual team is a temporary group created to accomplish specific tasks by using technology to collaborate remotely.

A virtual team is a group of individuals in different geographic locations who use technology to collaborate on work tasks and activities. The use of this kind of team has become prevalent in organizations due to the reduced costs of technology, the increased availability of collaborative technologies, the shift toward globalization in business, and greater use of outsourcing and temporary workers. Virtual teams require effective project management to facilitate communication and coordinate member activities.

There are six common types of virtual teams.

The geographic dispersion of team members and the lack of regular face-to-face meetings present three challenges to the success of virtual teams.

A self-managing team is a group of employees working together who are accountable for all or most aspects of their task.

Compare the advantages and disadvantages of self-managing teams.

A self-managing team is a group of employees working together who are accountable for most or all aspects of their task. A self-managing team has considerable discretion over how its work gets done. This means the majority of key decisions about activities are made by people with direct knowledge of, and who are most affected by, those choices. Self-managing teams are distinct from self-directed teams. While the latter define their own goals, the scope of a self-managing team’s authority is limited by goals that are established by others. 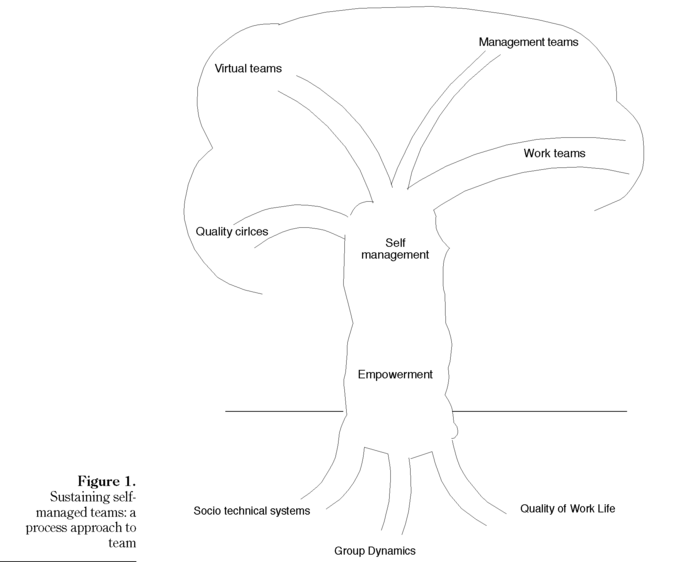 Self-management: This diagram illustrates the idea that virtual, management, and work teams can be empowered by being allowed to self-manage and monitor the quality of their own output.

Organizations in various fields use self-managing teams to boost productivity and motivate employees. Members of self-managing teams plan, coordinate, direct, and control their activities. For example, they set the work schedule and assign tasks. In this way they share both the managerial and technical tasks. Team members also share responsibility for their output as a whole, which can inspire pride in their accomplishments. Because they eliminate a level of management, the use of self-managing teams can better allocate resources and even lower costs.

There are also potential drawbacks to self-managing teams. The lack of hierarchical authority means that personal relationships can overwhelm good judgment. It can also lead to conformity, which can inhibit creativity or make it difficult for team members to be critical of each other. Self-management adds a layer of responsibility that can be time-consuming and require skills that some team members may not have. Members of a self-managing team often need training to assist them in succeeding at jobs that have a broad scope of duties.