PR is the practice of managing the flow of information between organizations and the public.

Public relations (PR) is the practice of managing the flow of information between an individual or an organization and the public. The aim is to persuade the public, investors, partners, employees, and other stakeholders to maintain a certain point of view about the company and its leadership, products, or political decisions. Common PR activities include speaking at conferences, seeking industry awards, working with the press, communicating with employees, and sending out press releases.

Public relations may include an organization or individual gaining exposure to an audience through topics of public interest and news items. 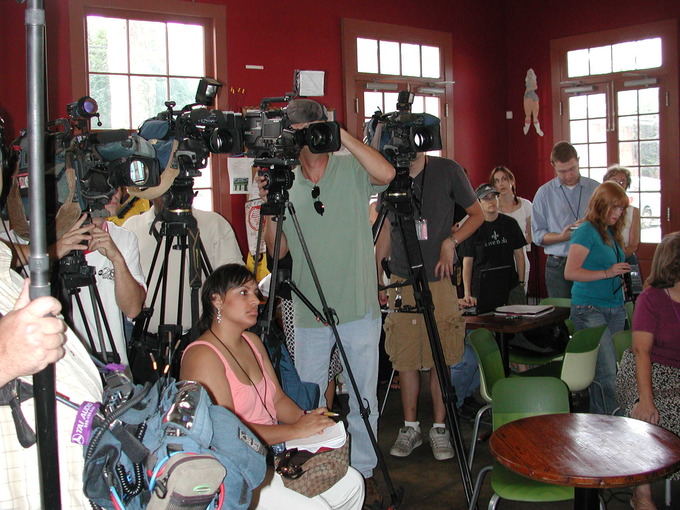 The Media in Action: The media is often utilized in PR campaigns.

Building and managing relationships with those who influence an organization’s or individual’s audiences is critical in public relations. When a public relations practitioner is working in the field, they build a list of relationships that become assets, especially in media relations. The ultimate objective of PR is to retain goodwill as well as create it; the procedure to follow to achieve this is to first do good and then take credit for it. The PR program must describe its target audience—in most instances, PR programs are aimed at multiple audiences that have varying points of view and needs.

There are several PR tools firms can utilize to ensure the efficacy of PR programs: messaging, audience targeting, and media marketing.

Messaging is the process of creating a consistent story around a product, person, company, or service. Messaging aims to avoid having readers receive contradictory or confusing information that will instill doubt in their purchasing choice or spur them to make other decisions that will have a negative impact on the company. A brand should aim to have the same problem statement, industry viewpoint, or brand perception shared across multiple sources and media.

A fundamental technique of public relations is identifying the target audience and tailoring messages to appeal to them. Sometimes the interests of different audiences and stakeholders vary, meaning several distinct but complementary messages must be created.

Stakeholder theory identifies people who have a stake in a given institution or issue. All audiences are stakeholders (or presumptive stakeholders), but not all stakeholders are audiences. For example, if a charity commissions a public relations agency to create an advertising campaign that raises money toward finding the cure for a disease, the charity and the people with the disease are stakeholders, but the audience is anyone who might be willing to donate money.

Digital marketing is the use of Internet tools and technologies, such as search engines, Web 2.0 social bookmarking, new media relations, blogs, and social media marketing. Interactive PR allows companies and organizations to disseminate information without relying solely on mainstream publications and to communicate directly with the public, customers, and prospects. Online social media platforms such as Facebook and Twitter ensure that firms can get their messages heard directly and quickly. Other forms of media include newspapers, television programs, radio stations, and magazines. Public relations people can use these various platforms and channels to publish press releases. It is important to ensure that the information across all channels is accurate and as complementary as possible.

The amount of money spent on traditional media channels has declined as more and more readers have turned to favor online and social media news sources. As the readership of traditional media shift to online media, so has the focus of many in public relations. The advent and increase of social media releases, search engine optimization, and online content publishing and the introduction of podcasts and video are related trends.

Sponsorship is often used as part of a public relations campaign. A company will pay money to compensate a public figure, spokesperson, or “influencer” to use its logo or products. An example of sponsorship is a concert tour presented by a bank or drink company.

Product placement is basically passive advertising in which a company pays to have its products used prominently in a photograph, film, or video message or during a live appearance. The most common use of product placement is in films where characters use branded products.

Both product placement and sponsorship decisions are based on a shared target market. No matter the public relations vehicle, there must be a common buyer that all parties want to reach.

Crisis communication planning can help a firm deal effectively with unexpected disasters, emergencies, or other unusual events that may lead to unfavorable publicity. Effectively responding to any crisis means both controlling the public narrative and ameliorating any harm done, whether tangibly or to a company’s reputation.

The following principles represent best practices in crisis management: be prepared, do the right thing, communicate quickly and accurately, and follow up.

Although emergencies are by their very nature unpredictable, it is possible to list and prepare for negative scenarios that might occur. It is also possible to set up a communication system that can be activated in almost any emergency situation.

Do the Right Thing

In any emergency situation, it is imperative that a company put the public interest ahead of the organization’s interest. The company’s first responsibility is to the safety and well-being of the people involved. Once safety has been restored, the company needs to face the public and face the facts. The company should never try to minimize a serious problem or “smooth it over” in the hope that no one will notice. Conversely, don’t blow minor incidents out of proportion or allow others to do so. Social media has accelerated the speed at which information about a crisis can spread; the viral affect of social networks such as Twitter means that stakeholders can break news faster than traditional media, which makes managing a crisis harder. However, a company should not speculate; if they don’t know the facts, they should say so and promise to get back to the media as soon as possible. 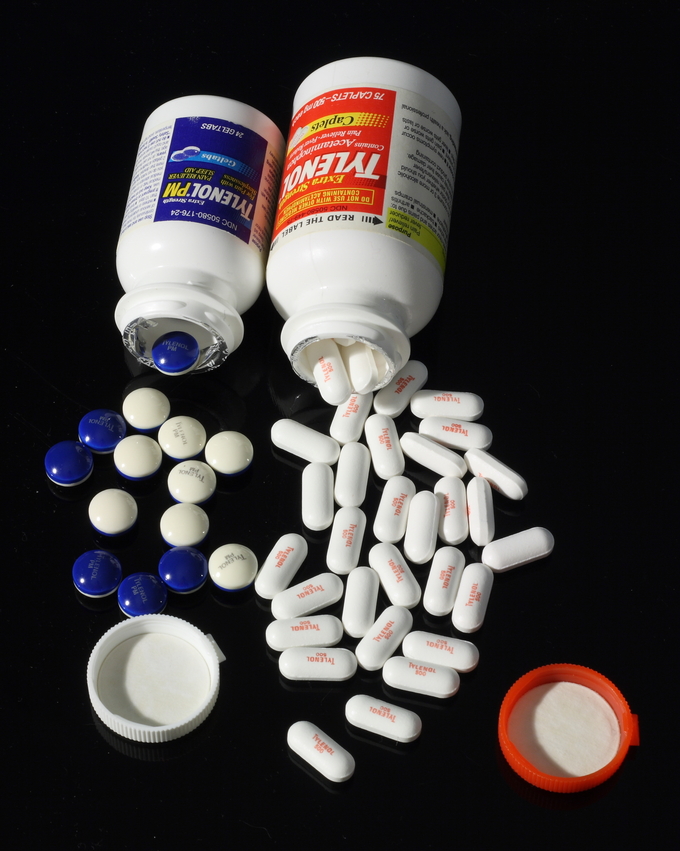 Positive, assertive communication focuses attention on the most important aspects of the problem and moves the process forward to resolution, even in the face of antagonistic news media. Media representatives have an obligation to provide reliable information to their audiences, and they will get that information whether or not company spokespeople cooperate; if a company will not comment on the situation, someone else will. Serving as one of the major sources of media information in a crisis is a means of maintaining control. If necessary, activate the crisis management team. Act quickly and spare no expense in distributing the information you determine the media and others should have.

It is important to make amends to those affected and then do whatever is necessary to restore the organization’s reputation in the community. It is helpful to perform an act of goodwill during or immediately after a crisis when possible. Internal policies should be changed to minimize a repeat of the crisis situation. The crisis communication plan should be revised based on any new learnings.

Measuring and evaluating the effectiveness of a public relations campaign is necessary to ensure that established objectives are met.

Evaluation of a public relations campaigns is the measurement of results against established objectives, which are set during the planning process. The desire to improve results the next time is a major reason for evaluating public relations efforts. Before any public relations program can be properly evaluated, it is important to clearly establish a set of measurable objectives. Public relations personnel and management should agree upfront on the criteria that will be used to evaluate success in attaining objectives, rather than waiting until the end of the program to determine how it will be evaluated.

When establishing objectives and measurement criteria, consider the following questions:

Sophisticated techniques, including computerized news clip analysis, survey sampling, quasi-experimental designs, and attempts to correlate efforts directly with sales, can be used for measurement. A minimum of three levels of measurement and evaluation include:

Social media measurementrefers to tracking various social content such as blogs, wikis, news sites, micro-blogs such as Twitter, social networking sites, video/photo sharing websites, forums, message boards, blogs, and other user-generated content to determine the volume and sentiment of online conversation about a brand or topic, and to gain insight on consumer choices. This information indicates what marketing strategies appear to be working and which ones are not. 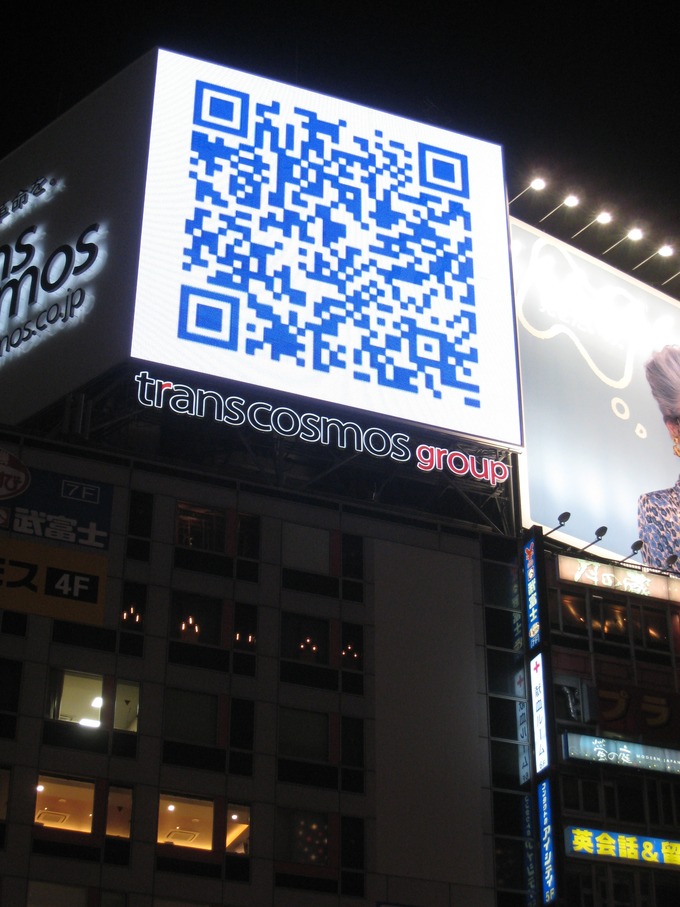 QR Codes Gone Wrong: Placing large QR codes on billboards on busy streets or highways may not be an effective approach to public relations.