Naturally acquired active immunity occurs when a person is exposed to a live pathogen, develops the disease, and then develops immunity.

Immunity is the state of protection against infectious disease conferred either through an immune response generated by immunization or previous infection, or by other non-immunological factors. There are two ways to acquire active resistance against invading microbes: active natural and active artificial. 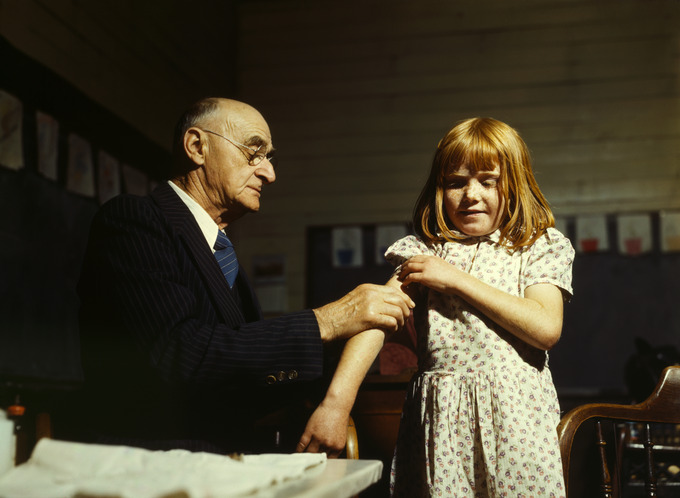 Typhoid vaccination: Immunization (commonly referred to as vaccination) is the deliberate induction of an immune response, and represents the single most effective manipulation of the immune system that scientists have developed.

Naturally acquired active immunity occurs when the person is exposed to a live pathogen, develops the disease, and becomes immune as a result of the primary immune response. Once a microbe penetrates the body’s skin, mucous membranes, or other primary defenses, it interacts with the immune system. B-cells in the body produce antibodies that help to fight against the invading microbes. The adaptive immune response generated against the pathogen takes days or weeks to develop but may be long-lasting, or even lifelong. Wild infection, for example with hepatitis A virus (HAV) and subsequent recovery, gives rise to a natural active immune response usually leading to lifelong protection.

In a similar manner, administration of two doses of hepatitis A vaccine generates an acquired active immune response leading to long-lasting (possibly lifelong) protection. Immunization (commonly referred to as vaccination) is the deliberate induction of an immune response, and represents the single most effective manipulation of the immune system that scientists have developed. Immunizations are successful because they utilize the immune system’s natural specificity as well as its inducibility. The principle behind immunization is to introduce an antigen, derived from a disease-causing organism, that stimulates the immune system to develop protective immunity against that organism, but which does not itself cause the pathogenic effects of that organism.

Naturally acquired passive immunity occurs during pregnancy, when antibodies are passed from the maternal blood into the fetal bloodstream.

Immunity is the state of protection against infectious disease conferred either through an immune response generated by immunization or previous infection, or by other non-immunological factors. There are two ways to acquire passive resistance against disease: passive natural and passive artificial. Naturally acquired passive immunity occurs during pregnancy, in which certain antibodies are passed from the maternal blood into the fetal bloodstream in the form of IgG. Antibodies are transferred from one person to another through natural means such as in prenatal and postnatal relationships between mother and child. Some antibodies can cross the placenta and enter the fetal blood. This provides some protection for the child for a short time after birth, but eventually these deteriorate and the infant must rely on its own immune system. Antibodies may also be transferred through breast milk. The transfered IgG from mother to fetus during pregnancy generally lasts 4 to 6 months after birth. The immune responses reach full strength at about age 5. 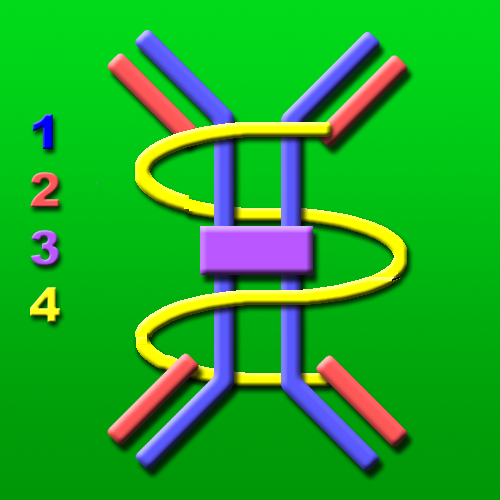 Passive immunity can also be in the form of IgA and IgG found in human colostrum and milk of babies who are nursed. In addition to the IgA and IgG, human milk also contains: oligosaccharides and mucins that adhere to bacteria and viruses to interfere with their attachment to host cells; lactoferrin to bind iron and make it unavailable to most bacteria; B12 binding protein to deprive bacteria of needed vitamin B12; bifidus factor that promotes the growth of Lactobacillus bifidus, normal flora in the gastrointestinal tract of infants that crowds out harmful bacteria; fibronectin that increases the antimicrobial activity of macrophages and helps repair tissue damage from infection in the gastrointestinal tract; gamma-interferon, a cytokine that enhances the activity of certain immune cells; hormones and growth factors that stimulate the baby’s gastrointestinal tract to mature faster and be less susceptible to infection; and lysozyme to break down peptidoglycan in bacterial cell walls.

Artificial immunity is a mean by which the body is given immunity to a disease by intentional exposure to small quantities of it.

Describe artificially acquired immunity and how it is obtained

Immunity is the state of protection against infectious disease conferred either through an immune response generated by immunization or by previous infection or other non-immunological factors.

Artificial immunity can be active or passive.

Immunity: Natural immunity occurs through contact with a disease causing agent, when the contact was not deliberate, where as artificial immunity develops only through deliberate actions of exposure. Both natural and artificial immunity can be further subdivided, depending on the amount of time the protection lasts. Passive immunity is short lived, and usually lasts only a few months, whereas protection via active immunity lasts much longer, and is sometimes life-long.

Artificially-acquired passive immunity is an immediate, but short-term immunization provided by the injection of antibodies, such as gamma globulin, that are not produced by the recipient’s cells. These antibodies are developed in another individual or animal and then injected into another individual. Antiserum is the general term used for preparations that contains antibodies.

Artificial active immunization is where the microbe, or parts of it, are injected into the person before they are able to take it in naturally. If whole microbes are used, they are pre-treated, attenuated vaccines. This vaccine stimulates a primary response against the antigen in the recipient without causing symptoms of the disease.

Artificial passive immunization is normally administered by injection and is used if there has been a recent outbreak of a particular disease or as an emergency treatment for toxicity, as in for tetanus. The antibodies can be produced in animals, called ” serum therapy,” although there is a high chance of anaphylactic shock because of immunity against animal serum itself. Thus, humanized antibodies produced in vitro by cell culture are used instead if available.

The first record of artificial immunity was in relation to a disease known as smallpox. Individuals were exposed to a minor strain of smallpox in a controlled environment. Once their bodies built up a natural immunity or resistance to the weakened strain of smallpox, they became much less likely to become infected with the more deadly strains of the disease. In essence, patients were given the disease in order to help fight it later in life. Although this method was an effective one, the scientists of the time had no real scientific knowledge of why it worked.