Bacteriophage cultures require host cells in which the virus or phage multiply.

Define the reasons for, and ways to batch culture bacteriophages

Virus or phage cultures require host cells in which to multiply. For bacteriophages, cultures are grown by infecting bacterial cells. The phage can then be isolated from the resulting plaques in a lawn of bacteria on a plate. 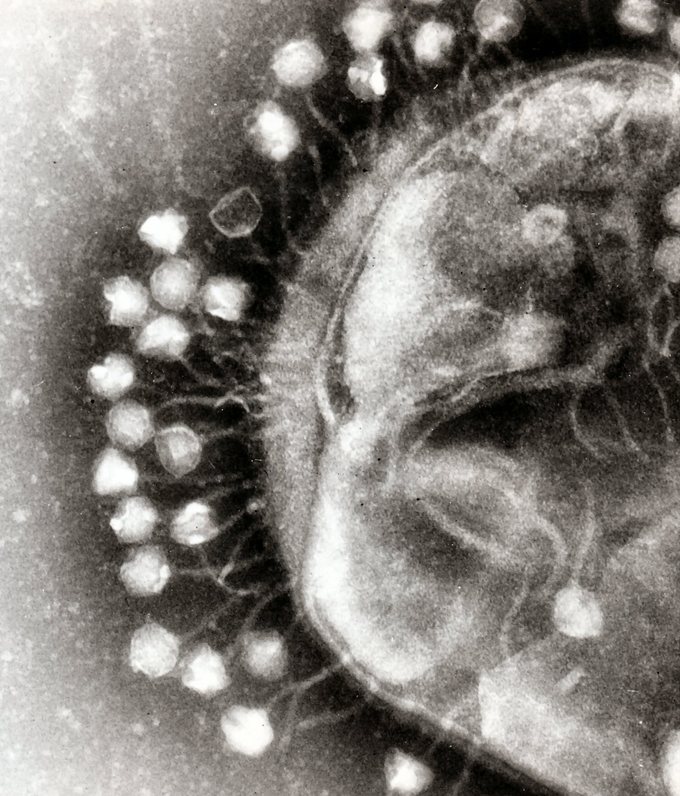 Bacteriophages infecting a bacteria: Virus or phage cultures require host cells in which to multiply. For bacteriophages, cultures are grown by infecting bacterial cells. The phage can then be isolated from the resulting plaques in a lawn of bacteria on a plate.

A bacteriophage is any one of a number of viruses that infect bacteria. They do this by injecting genetic material, which they carry enclosed in an outer protein capsid, into a host bacterial cell. The genetic material can be ssRNA, dsRNA, ssDNA, or dsDNA (‘ss-‘ or ‘ds-‘ prefix denotes single-strand or double-strand), along with either circular or linear arrangements. 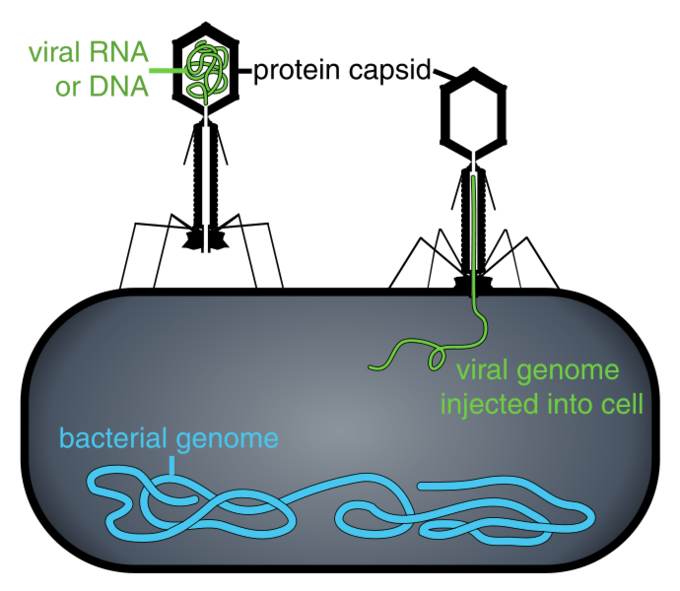 Bacteriophage: Diagram of how some bacteriophages infect bacterial cells.

To enter a host cell, bacteriophages attach to specific receptors on the surface of bacteria, including lipopolysaccharides, teichoic acids, proteins, or even flagella. This specificity means a bacteriophage can infect only those bacteria bearing receptors to which they can bind, which in turn determines the phage’s host range. Host growth conditions also influence the ability of the phage to attach and invade them. As phage virions do not move independently, they must rely on random encounters with the right receptors when in solution within blood, lymphatic circulation, irrigation, soil water, or other environments..

Phages may be released via cell lysis, by extrusion, or, in a few cases, by budding. Lysis, by tailed phages, is achieved by an enzyme called endolysin, which attacks and breaks down the cell wall peptidoglycan. An altogether different phage type, the filamentous phages, make the host cell continually secrete new virus particles. Released virions are described as free, and, unless defective, are capable of infecting a new bacterium. Budding is associated with certain Mycoplasma phages. In contrast to virion release, phages displaying a lysogenic cycle do not kill the host but, rather, become long-term residents as prophage.

Viruses cannot be grown in standard microbiological broths or on agar plates, instead they have be to cultured inside suitable host cells.

Discover the use of, and reasons for, culturing animal viruses in host cells

Cell culture is the complex process by which cells are grown under controlled conditions, generally outside of their natural environment. In practice, the term “cell culture” now refers to the culturing of cells derived from multi-cellular eukaryotes, especially animal cells. However, there are also cultures of plants, fungi, and microbes, including viruses, bacteria, and protists. The historical development and methods of cell culture are closely interrelated to those of tissue culture and organ culture. Animal cell culture became a common laboratory technique in the mid-1900’s, but the concept of maintaining live cell lines separated from their original tissue source was discovered in the 19th century.

Viruses are obligate intracellular parasites that require living cells in order to replicate. Cultured cells, eggs, and laboratory animals may be used for virus isolation. Although embroyonated eggs and laboratory animals are very useful for the isolation of certain viruses, cell cultures are the sole system for virus isolation in most laboratories. The development of methods for cultivating animal cells has been essential to the progress of animal virology. To prepare cell cultures, tissue fragments are first dissociated, usually with the aid of trypsin or collagenase. The cell suspension is then placed in a flat-bottomed glass or plastic container (petri dish, a flask, a bottle, test tube) together with a suitable liquid medium. e.g. Eagle’s, and an animal serum. After a variable lag, the cells will attach and spread on the bottom of the container and then start dividing, giving rise to a primary culture. Attachment to a solid support is essential for the growth of normal cells. 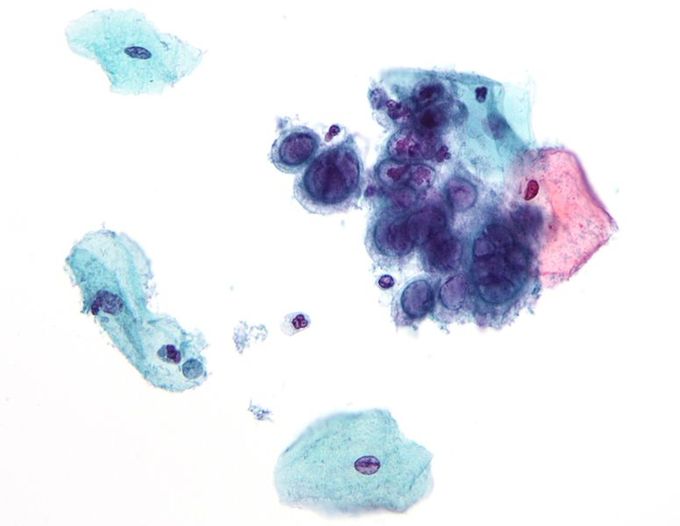 Cell cultures vary greatly in their susceptibility to different viruses. It is of utmost importance that the most sensitive cell cultures are used for a particular suspected virus. Specimens for cell culture should be transported to the laboratory as soon as possible upon being taken. Swabs should be put in a vial containing virus transport medium. Bodily fluids and tissues should be placed in a sterile container. Upon receipt, the specimen is inoculated into several different types of cell culture depending on the nature of the specimen and the clinical presentation. The maintenance media should be changed after one hour or the next morning. The inoculated tubes should be incubated at 35-37oC in a rotating drum. Rotation is optimal for the isolation of respiratory viruses and result in an earlier appearance of the cytopathic effects (CPE) for many viruses. If stationary tubes are used, it is critical that the culture tubes be positioned so that the cell monolayer is bathed in nutrient medium.

Live animal inoculation is a method used to cultivate viruses. 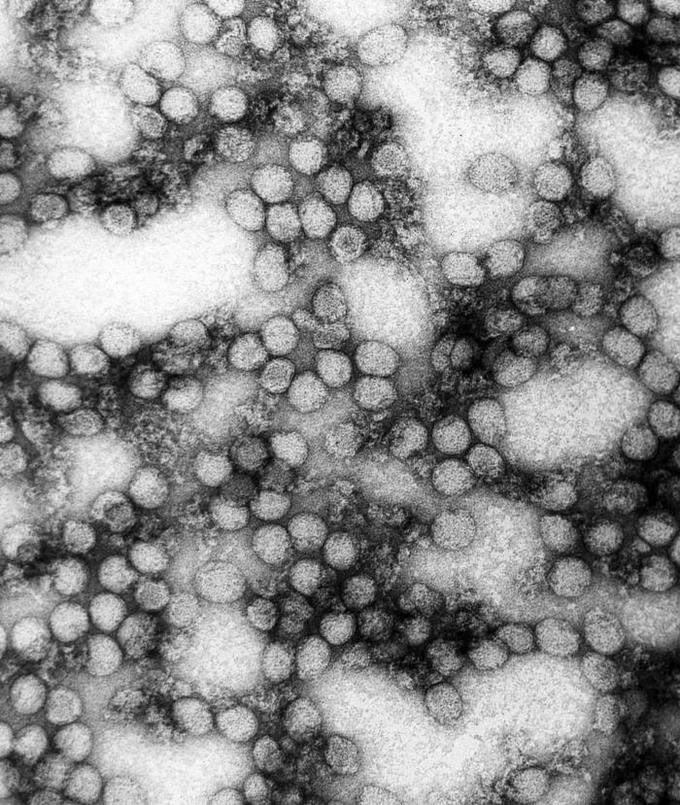 Viruses are obligate intracellular parasites and cannot grow on inanimate media. They need living cells for replication, which can be provided by inoculation in live animals among other methods used to culture viruses (cell culture or inoculation of embryonated eggs). Inoculation of human volunteers was the only known method of cultivation of viruses and understanding viral disease. In 1900, Reed and his colleagues used human volunteers for their work on yellow fever. Due to serious risk involved, human volunteers are recruited only when no other method is available and the virus is relatively harmless. Smallpox was likely the first disease people tried to prevent by purposely inoculating themselves with other infections and was the first disease for which a vaccine was produced. Today, studying viruses via the inoculation of humans would require a stringent study of ethical practices by an institutional review board.

In the past few decades, animal inoculation has been employed for virus isolation. The laboratory animals used include monkeys, rabbits, guinea pigs, rats, hamsters, and mice. The choice of animals and route of inoculation (intracerebral, intraperitoneal, subcutaneous, intradermal, or intraocular) depends largely on the type of virus to be isolated. Handling of animals and inoculation into various routes requires special experience and training. In addition to virus isolation, animal inoculation can also be used to observe pathogenesis, immune response, epidemiology, and oncogenesis. Growth of the virus in inoculated animals may be indicated by visible lesions, disease, or death. Sometimes, serial passage into animals may be required to obtain visible evidence of viral growth. Animal inoculation has several disadvantages as immunity may interfere with viral growth, and the animal may harbor latent viruses.

The genetic material within virus particles varies considerably between different types of viruses.

Compare the replication of DNA, RNA, and reverse transcribing viruses

The genetic material within virus particles and the method by which the material is replicated vary considerably between different types of viruses.

DNA viruses: The genome replication of most DNA viruses takes place in the cell’s nucleus. If the cell has the appropriate receptor on its surface, these viruses sometimes enter the cell by direct fusion with the cell membrane (e.g., herpesviruses) or, more usually, by receptor-mediated endocytosis. Most DNA viruses are entirely dependent on the host cell’s DNA and RNA synthesizing machinery and RNA processing machinery; however, viruses with larger genomes may encode much of this machinery themselves. In eukaryotes the viral genome must cross the cell’s nuclear membrane to access this machinery, while in bacteria it need only enter the cell.

RNA viruses: Replication usually takes place in the cytoplasm. RNA viruses can be placed into four different groups, depending on their modes of replication. The polarity of single-stranded RNA viruses largely determines the replicative mechanism, depending on whether or not it can be used directly by ribosomes to make proteins. The other major criterion is whether the genetic material is single-stranded or double-stranded. All RNA viruses use their own RNA replicase enzymes to create copies of their genomes. 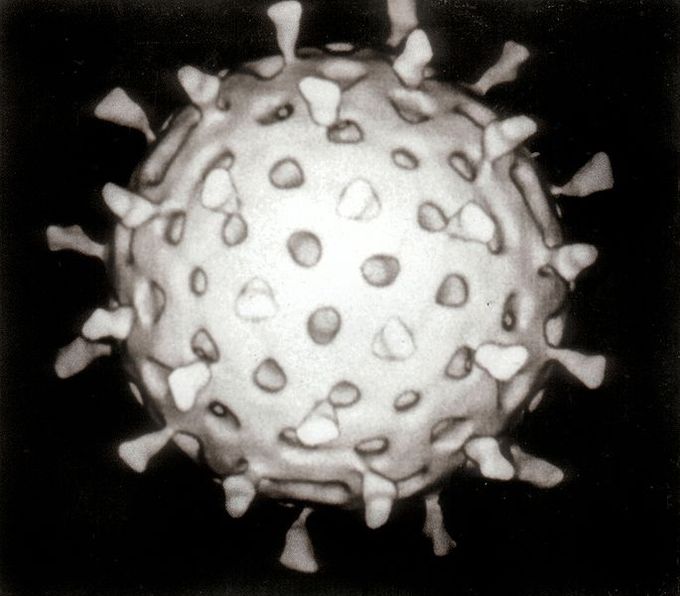 Reverse transcribing viruses: These have ssRNA (Retroviridae, Metaviridae, Pseudoviridae) or dsDNA (Caulimoviridae, and Hepadnaviridae) in their particles. Reverse transcribing viruses with RNA genomes (retroviruses), use a DNA intermediate to replicate, whereas those with DNA genomes (pararetroviruses) use an RNA intermediate during genome replication. Both types use a reverse transcriptase, or RNA-dependent DNA polymerase enzyme, to carry out the nucleic acid conversion. Retroviruses integrate the DNA produced by reverse transcription into the host genome as a provirus as a part of the replication process. Pararetroviruses do not, although integrated genome copies, usually of plant pararetroviruses, can give rise to infectious virus. They are susceptible to antiviral drugs that inhibit the reverse transcriptase enzyme, e.g. zidovudine and lamivudine. An example of the first type is HIV, which is a retrovirus. Examples of the second type are the Hepadnaviridae, which includes Hepatitis B virus.

The Baltimore classification developed by David Baltimore is a virus classification system that groups viruses into families, depending on their type of genome (DNA, RNA, single-stranded (ss), double-stranded (ds), etc.) and their method of replication. Classifying viruses according to their genome means that those in a given category will all behave in much the same way, which offers some indication of how to proceed with further research.