Using metagenomics, the microbial constituents of the world can be identified by culturing each individual species.

Identification of bacteria in the laboratory is particularly relevant in medicine, where the correct treatment is determined by the bacterial species causing an infection. Consequently, the need to identify human pathogens was a major impetus for the development of techniques to identify bacteria.

Early studies have shown that the microbial life around us in the air, sea, and soil is very diverse and only a small fraction of the species are known. One limitation of identifying human pathogens or conventional sequencing begins with a culture of identical cells as a source of DNA. However, early metagenomic studies revealed that there are probably large groups of microorganisms in many environments that cannot be cultured and thus cannot be sequenced. These early studies focused on 16S ribosomal RNA sequences which are relatively short, often conserved within a species, and generally different between species. Many 16S rRNA sequences have been found which do not belong to any known cultured species, indicating that there are numerous non-isolated organisms out there. These surveys of ribosomal RNA (rRNA) genes taken directly from the environment revealed that cultivation based methods find less than 1% of the bacterial and archaeal species in a sample. 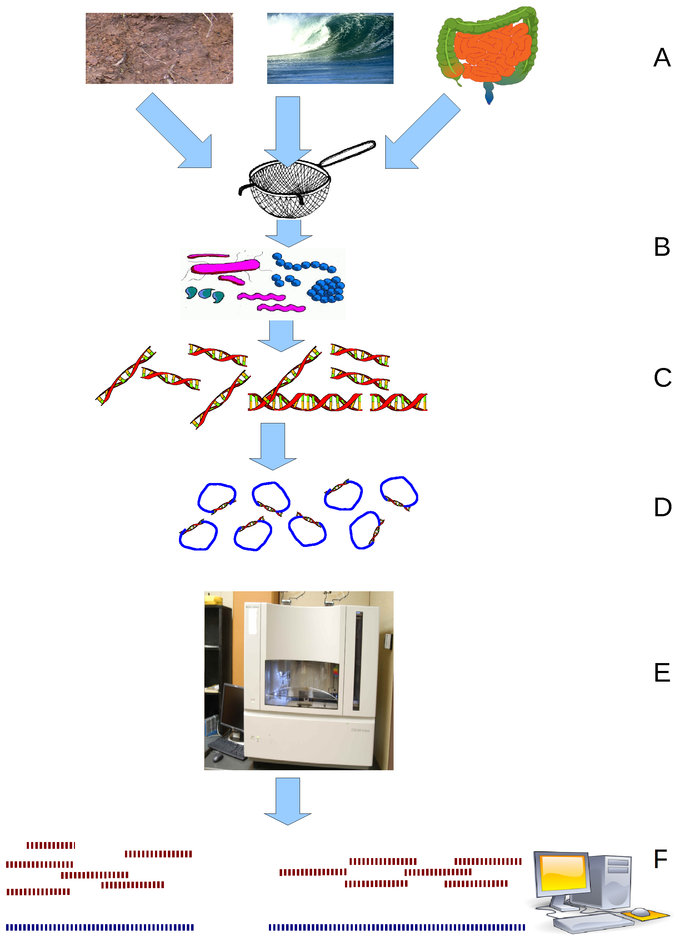 The discovery of such diversity led to the field of metagenomics, which is the study of metagenomes, genetic material recovered directly from environmental samples. Rather than culturing a microbe, this approach takes a sample and identifies the different species in it by sequencing all the species simultaneously. However, recovery of DNA sequences longer than a few thousand base pairs from environmental samples was very difficult until recent advances in molecular biological techniques. More specifically, the construction of libraries in bacterial artificial chromosomes (BACs) provided better vectors for molecular cloning.

Advances in bioinformatics, refinements of DNA amplification, and the proliferation of computational power have greatly aided the analysis of DNA sequences recovered from environmental samples. These advances have allowed the adaptation of shotgun sequencing to metagenomic samples. The approach, used to sequence many cultured microorganisms and the human genome, randomly shears DNA, sequences many short sequences, and reconstructs them into a consensus sequence.

Shotgun sequencing and screens of clone libraries reveal genes present in environmental samples. This can be helpful in understanding the ecology of a community, particularly if multiple samples are compared to each other. This was further followed by high-throughput sequencing which did the same process as the shotgun sequencing but at a much bigger scale in terms of the amount of DNA that could sequenced from one sample. This provides information both on which organisms are present and what metabolic processes are possible in the community. Using metagenomics, and the resultant sequencing of uncultured microbes, metagenomics has the potential to advance knowledge in a wide variety of fields. It can also be applied to solve practical challenges in medicine, engineering, agriculture, and sustainability.

Viruses are the most abundant biological entity on earth, they outnumber all other lifeforms on earth combined.

Viruses are by far the most abundant biological entities on earth and they outnumber all the others put together. They infect all types of cellular life including animals, plants, bacteria, and fungi. However, different types of viruses can infect only a limited range of hosts and many are species-specific. Some, such as smallpox virus for example, can infect only one species – in this case humans, and are said to have a narrow host range. Other viruses, such as rabies virus, can infect different species of mammals and are said to have a broad range. The viruses that infect plants are harmless to animals, and most viruses that infect other animals are harmless to humans. The host range of some bacteriophages is limited to a single strain of bacteria and they can be used to trace the source of outbreaks of infections by a method called phage typing.

Metagenomic sequencing is particularly useful in the study of viral communities. As viruses lack a shared universal phylogenetic marker (as 16S RNA for bacteria and archaea, and 18S RNA for eukarya), the only way to access the genetic diversity of the viral community from an environmental sample is through metagenomics. Viral metagenomes (also called viromes) should therefore provide more and more information about viral diversity and evolution. In 2002, Mya Breitbart, Forest Rohwer, and colleagues used environmental shotgun sequencing to show that 200 liters of seawater contains over 5,000 different viruses. Subsequent studies showed that there are more than a thousand viral species in human stool and possibly a million different viruses per kilogram of marine sediment, including many bacteriophages. Essentially all of the viruses in these studies were new species. 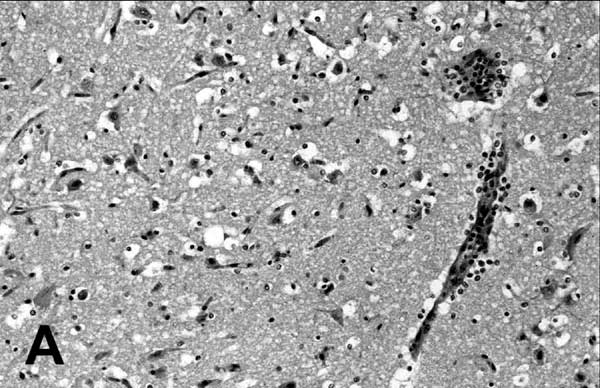 To understand the complex diversity of viruses a further look at viruses in aquatic environments shows, a teaspoon of seawater contains about one million viruses. They are essential to the regulation of saltwater and freshwater ecosystems. Most of these viruses are bacteriophages, which are harmless to plants and animals. They infect and destroy the bacteria in aquatic microbial communities, comprising the most important mechanism of recycling carbon in the marine environment. The organic molecules released from the bacterial cells by the viruses stimulate fresh bacterial and algal growth. Microorganisms constitute more than 90% of the biomass in the sea. It is estimated that viruses kill approximately 20% of this biomass each day and that there are 15 times as many viruses in the oceans as there are bacteria and archaea. Viruses are the main agents responsible for the rapid destruction of harmful algal blooms, which often kill other marine life. The number of viruses in the oceans decreases further offshore and deeper into the water, where there are fewer host organisms. The effects of marine viruses are far-reaching. By increasing the amount of photosynthesis in the oceans, viruses are indirectly responsible for reducing the amount of carbon dioxide in the atmosphere by approximately three gigatonnes of carbon per year. Like any organism, marine mammals are susceptible to viral infections. In 1988 and 2002, thousands of harbor seals were killed in Europe by phocine distemper virus. Many other viruses, including caliciviruses, herpesviruses, adenoviruses, and parvoviruses circulate in marine mammal populations.

Viruses are an important natural means of transferring genes between different species, which increases genetic diversity and drives evolution. It is thought that viruses played a central role in the early evolution, before the diversification of bacteria, archaea, and eukaryotes and at the time of the last universal common ancestor of life on earth. Viruses are still one of the largest reservoirs of unexplored genetic diversity on earth.