The development of antifungal drugs focuses on the classes of mycotic diseases for which fungi are responsible.

Compare and contrast the mechanisms of action for: polyene, azole,allylamine and echinocandin antifungals

The field of mycology deals with the study of fungi and has resulted in the identification of over 60,000 species of fungi. Fungi are classified as eukaryotic organisms which are primarily classified based on spore production. The classification and identification of a species of fungi by spore class, in combination with the basic biological mechanism(s) it uses to sustain life, is key in developing anti-fungal drugs.

The development of antifungal drugs focuses on the classes of mycotic diseases for which fungi are responsible. These classes include hypersensitivity—allergic reactions based on the presence of mold and spores; mycotoxicoses—diseases based on the presence of fungi that produce toxins in animal feed and human food products; mycetismus—mushroom poisoning; and lastly, mycoses—characterized by infection.

Disease-causing fungi are targeted and then drug classes are classified based on drug structure or mechanism. Some of the major classes of antifungal medication include polyene antifungals, azole antifungals, allylamines, and echinocandins. It is important to note that antifungal drugs are not limited to these classes, as there are additional drugs capable of targeting fungi that do not fall into these categories.

Polyene antifungals are characterized by the presence of multiple conjugated double bonds in the drug structure. This specific antifungal drug class targets the fungal cell membrane. The target sterol is ergosterol, which is specific to fungi cell membranes; in animal cell membranes cholesterol is the key sterol. The fungal cell membrane becomes leaky, resulting in movement of essential cellular contents, such as organic molecules and ions, out of the cell. Amphotericin B is an example of a polyene antifungal; it is selective for ergosterol and can be used as a broad spectrum drug administered intravenously.

Azole antifungals are characterized by the ability to inhibit ergosterol synthesis in fungal membranes. The biosynthesis of ergosterol requires the enzyme lanosterol 14 α-demethylase. This enzyme is needed to convert lanosterol to ergosterol. Targeting this enzyme prevents ergosterol production. Thus, the fungal membrane structure is depleted of ergosterol and the fungus dies. The various types of azole classified drugs include imidazole, triazole and thiazole antifungals. Azole drugs are broad-spectrum drugs and treat fungal infections of the skin or mouth. An example of an azole drug is Clotrimazole, commonly used to treat athlete’s foot, ringworm, vaginal yeast infections, and oral thrush. 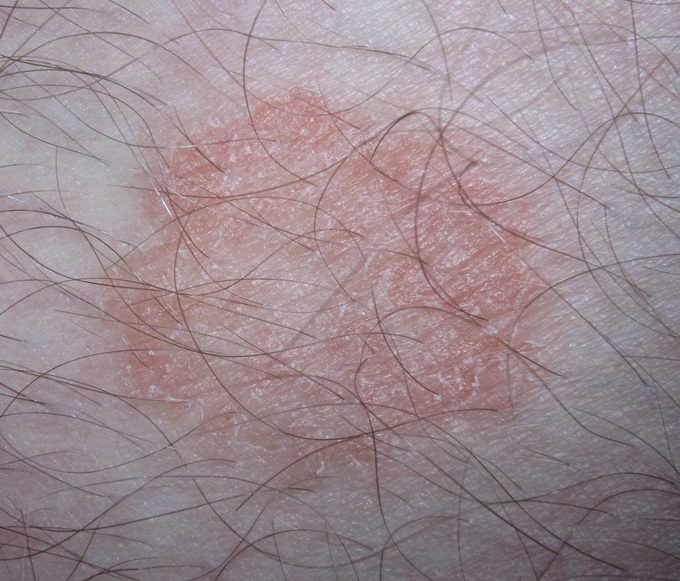 Ringworm: Ringworm on a human leg.

Echinocandins are characterized by their ability to inhibit synthesis of a key component of the fungal cell wall, while previously discussed drugs target the fungal cell membrane. Cell wall synthesis requires the production of glucan by the enzyme 1,3-β glucan synthase. Echinocandins specifically inhibit glucan synthesis by targeting that enzyme. This class of drug is most effective when administered by injection, as it is poorly absorbed when administered orally. Echinocandin injection allows the drug to treat a systemic infection of the sort typically seen in immunocompromised patients. An example of an echinocandin based drug is Caspofungin. Caspofungin blocks cell-wall synthesis by disrupting glucan synthesis; it can target invasive candidiasis and aspergillus.

The major classes of antifungal drugs are discussed above are not the only drugs capable of effectively targeting fungi. The emergence of alternative medicine as a hot field of research has also increased the list of available antifungal compounds. For example, numerous compounds and essential oils found in nature have been found to have antifungal properties that could be utilized for treatment. Examples of these include coconut oil, orange oil, olive leaf, and zinc.

The identification of additional antifungal compounds is key to the development of drugs that can replace existing drugs to which fungi have developed resistance. The discovery process for effective and fungi-specific drugs is enduring and laborious, as the drugs must be specific for fungi cells. However, with the expansion of molecular studies in fungal organisms, the opportunity to identify novel and fungal specific mechanisms will allow for the development of new drugs.

Antiprotozoan and antihelminthic drugs are characterized based on structure and the mechanism of action by which they target the organism.

Parasites are organisms that live on or in a host organism to obtain food. Two major classes of parasitic organisms include protozoa and helminths.

Protozoa are unicellular eukaryotic organisms that are classified as either free-living or parasitic organisms. Protozoa are further classified based on their mode of locomotion and include: Sarcodina (amoeba); Mastigophora (flagellates); Ciliophora (ciliates); and Sporozoa (non motile in adult form). Some examples of diseases caused by protozoa include: Malaria, Giardia, Trichomoniasis, and Leishmaniasis. 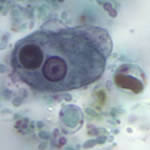 Helminths are multicellular eukaryotic organisms that are also classified as either free-living or parasitic chemoheterotrophic organisms. Helminths are parasitic worms and are divided into three major groups including: flatworms (platyhelminths); thorny-headed worms (acanthocephalins); and roundworms (nematodes and hookworms). 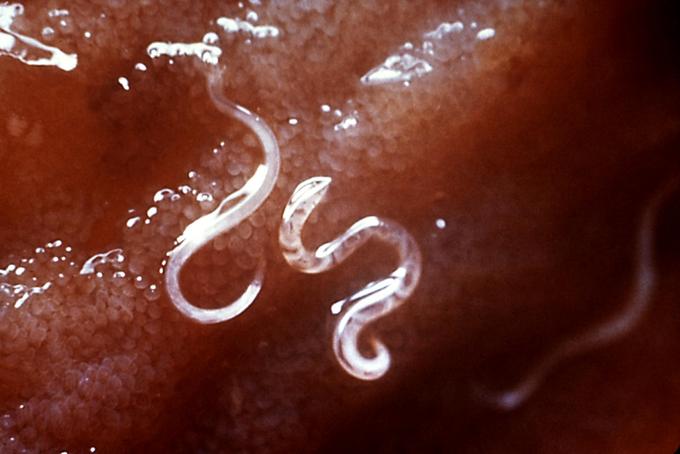 The variation that exists between protozoa contributes to complications associated with developing effective drugs. The lack of similarities between protozoans demands the need for highly specific drugs and medications against individual pathogens. In addition, protozoa are eukaryotic and exhibit similar properties and metabolic pathways as human cells. Therefore, the drugs that are developed to target protozoans are classified by either their mechanism of action or the organism for which they target. In terms of mechanism of actions, most antiprotozoan drugs specifically target the organism to prevent its growth and reproduction.

Protozoal diseases can also be prevented by targeting the route of transmission and/or targeting vector organisms. For example, Malaria is caused by the protozoan Plasmodia. This parasite is injected into humans via mosquitoes. The development of antimalarial drugs are based on the life cycle of Plasmodiain both the mosquito and human host. 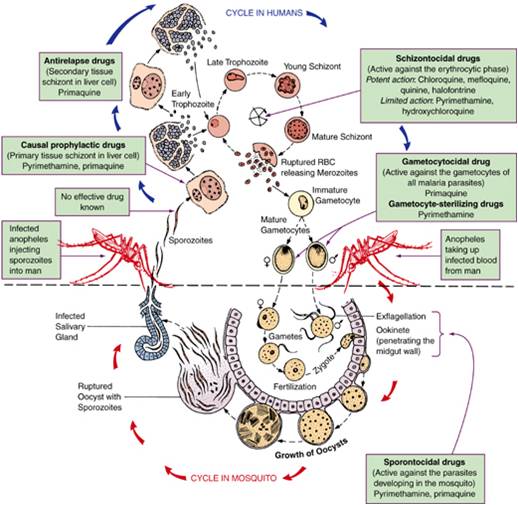 Life Cycle of Plasmodium: Malaria, a protzoan based disease, is transmitted via an arthropod vector. The development of antimalarial drugs focuses on the life cycle in both the mosquito and human hosts.

Other types of antiprotozan drugs specifically target metabolic mechanisms utilized by the parasite. For example, African sleeping sickness is caused by trypanosomes. The drug Eflornithine attacks this parasite by targeting an enzyme responsible for regulating cell division.

Helminths are characterized as various types of parasitic worms, which are effectively targeted by promoting expulsion from the body. Parasitic helminths worms include: tapeworms, flukes, leeches and hookworms. The drugs utilized to target helminths are characterized based on chemical structure and mechanism of action. A few examples of the major drug classes include: piperazine, benzimidazole, levamisole, pyrantel, morantel and emodepside.