Many viruses that were once benign later become pathogens through genetic change, which can occur by several mechanisms.

Demonstrate the ways a virus can go from benign to pathogenic

Humans or other potential viral hosts are constantly exposed to viruses, yet most viral exposure has no effect. However, many viruses that were once benign later become pathogens through a genetic change, which can occur by different mechanisms.

One common evolutionary process whereby viral genes change over time is called genetic drift, where individual bases in the DNA or RNA mutate to other bases. Most of these point mutations are “silent”—they do not change the protein that the gene encodes—but others can confer evolutionary advantages such as resistance to antiviral drugs.

The transformation of viruses from benign to pathogenic occurs via two additional processes more specific to viruses. Viral genomes are constantly mutating, producing new forms of these antigens. If one of these new forms of an antigen is sufficiently different from the old antigen, it will no longer bind to the receptors and viruses with these new antigens can evade immunity to the original strain of the virus. When such a change occurs, people who have had the illness in the past will lose their immunity to the new strain and vaccines against the original virus will also become less effective. Two processes drive the antigens to change: antigenic drift and antigenic shift (antigenic drift being the more common).

Antigenic drift is a mechanism for variation by viruses that involves the accumulation of mutations within the antibody -binding sites so that the resulting viruses cannot be inhibited as well by antibodies against previous strains, making it easier for them to spread throughout a partially immune population. Antigenic drift occurs in both influenza A and influenza B viruses. The rate of antigenic drift is dependent on two characteristics: the duration of the epidemic and the strength of host immunity. A longer epidemic allows for selection pressure to continue over an extended period of time and stronger host immune responses increase selection pressure for the development of novel antigens.

Alternatively, the change can occur by antigenic shift. Antigenic shift is a specific case of reassortment or viral shift that confers a phenotypic change; it is the process by which two or more different strains of a virus, or strains of two or more different viruses, combine to form a new subtype having a mixture of the surface antigens of the two or more original strains. The term is often applied specifically to influenza, as that is the best-known example, but the process also occurs with other viruses, such as the visna virus in sheep. When this happens with influenza viruses, pandemics might result.

Pathogen emergence by antigenic shift: This figure describes in detail how a virus that cannot infect a human can gain the ability to infect a human.

Antigenic shift occurs only in influenza A because it infects more than just humans. Affected species include other mammals and birds, giving influenza A the opportunity for a major reorganization of surface antigens. Influenza B and C principally infect humans, minimizing the chance that a reassortment will change its phenotype drastically.

For example, if a pig was infected with a human influenza virus and an avian influenza virus at the same time, an antigenic shift could occur, producing a new virus that had most of the genes from the human virus, but a hemagglutinin or neuraminidase from the avian virus. The resulting new virus would likely be able to infect humans and spread from person to person, but it would have surface proteins (hemagglutinin and/or neuraminidase) not previously seen in influenza viruses that infect humans, and therefore most people would have little or no immune protection. If this new virus causes illness in people and can be transmitted easily from person to person, an influenza pandemic can occur. The most recent 2009 H1N1 outbreak was a result of an antigenic shift and reassortment between human, avian, and swine viruses.

Viruses are immensley important to the turnover of biomass in many ecosystems.

Metagenomics is a relatively recent field of study that tries to understand the diversity—especially microbial—of the world around us. Through these studies it is now known that the number of viral particles and number of different viral species in almost every environment on Earth is immense. It is largely believed that viruses by species are the most numerous of any biological entity on earth. This is typified by the role of viruses in marine ecology. A teaspoon of seawater contains about one million viruses. 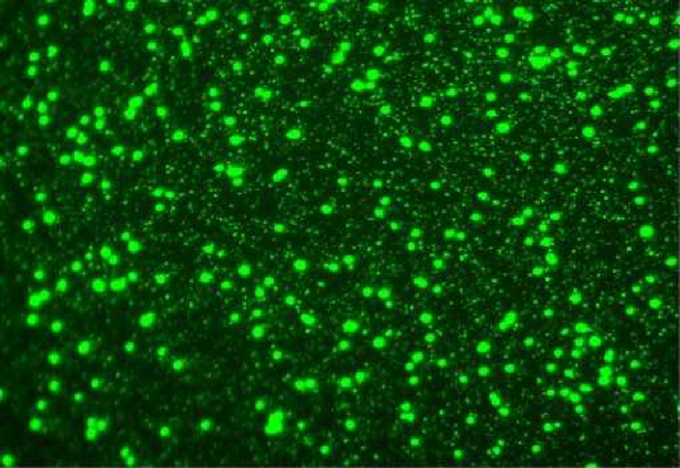 Viruses are essential to the regulation of saltwater and freshwater ecosystems. Most of these viruses are bacteriophages, which are harmless to plants and animals. They infect and destroy the bacteria in aquatic microbial communities, comprising the most important mechanism of recycling carbon in the marine environment. The organic molecules released from the bacterial cells by the viruses stimulate fresh bacterial and algal growth.

Microorganisms constitute more than 90% of the biomass in the sea. It is estimated that viruses kill approximately 20% of this biomass each day, and that there are 15 times as many viruses in the oceans as there are bacteria and archaea. Viruses are the main agents responsible for the rapid destruction of harmful algal blooms, which often kill other marine life. The number of viruses in the oceans decreases further offshore and deeper into the water, where there are fewer host organisms. The effects of marine viruses are far-reaching; by increasing the amount of photosynthesis in the oceans, viruses are indirectly responsible for reducing the amount of carbon dioxide in the atmosphere by approximately 3 gigatonnes of carbon per year. Like any organism, marine mammals are susceptible to viral infections. In 1988 and 2002, thousands of harbor seals were killed in Europe by the phocine distemper virus. Many other viruses, including caliciviruses, herpesviruses, adenoviruses, and parvoviruses, circulate in marine mammal populations.

As mentioned, marine viruses are mostly bacteriophages, or phages. Phages are obligate intracellular parasites, meaning that they are able to reproduce only while infecting bacteria. Phages therefore are found only within environments that contain bacteria. Most environments contain bacteria, including our own bodies (called normal flora). Often these bacteria are found in large numbers. As a consequence, phages are found almost everywhere. As a rule of thumb, many phage biologists expect that phage population densities will exceed bacterial densities by a ratio of 10:1 or more (VBR or virus-to-bacterium ratio).

Estimates of bacterial numbers on Earth reach approximately 1030; consequently, there is an expectation that 1031 or more individual virus (mostly phage) particles exist, making phages the most numerous category of “organisms” on our planet. Bacteria (along with archaea) appear to be highly diverse and there are possibly millions of species. Phage-ecological interactions therefore are quantitatively vast, with huge numbers of interactions. Phage-ecological interactions are also qualitatively diverse: there are huge numbers of environment types, bacterial-host types, and also individual phage types.