The wave nature of matter is responsible for the quantization of energy levels in bound systems.

To consider why wave nature of matter in bound systems leads to quantization, let’s consider an example in classical mechanics. We will look at a basic string “instrument” (a string pulled tight and fixed at both ends). If a string was free and not attached to anything, we know that it could oscillate at any driven frequency. However, the string in this example (with fixed ends and specific length) can only produce a very specific set of pitches because only waves of a certain wavelength can “fit” on the string of a given length with fixed ends. Once the string becomes a “bound system” with specific boundary restrictions, it allows waves with only a discrete set of frequencies.

This is the exact mechanism that causes quantization in atoms. The wave nature of matter is responsible for the quantization of energy levels in bound systems. Just like a free string, the matter wave of a free electron can have any wavelength, determined by its momentum. However, once an electron is “bound” by a Coulomb potential of a nucleus, it can no longer have an arbitrary wavelength as the wave needs to satisfy a certain boundary condition. Only those states where matter interferes constructively (leading to standing waves) exist, or are “allowed” (see illustration in. 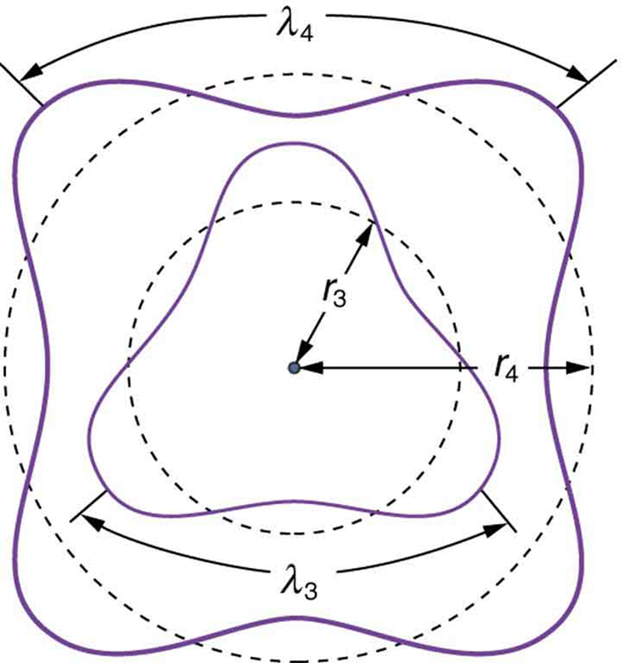 Fig 2: The third and fourth allowed circular orbits have three and four wavelengths, respectively, in their circumferences.

Assuming that an integral multiple of the electron’s wavelength equals the circumference of the orbit, we have:

As previously discussed, Bohr was forced to hypothesize this as the rule for allowed orbits. We now realize this as a condition for constructive interference of an electron in a (bound) circular orbit.

Pair production refers to the creation of an elementary particle and its antiparticle, usually when a photon interacts with a nucleus.

Below is an illustration of pair production, which refers to the creation of an elementary particle and its antiparticle, usually when a photon interacts with a nucleus. For example, an electron and its antiparticle, the positron, may be created. This is allowed, provided there is enough energy available to create the pair (i.e., the total rest mass energy of the two particles) and that the situation allows both energy and momentum to be conserved. Some other conserved quantum numbers such as angular momentum, electric charge, etc., must sum to zero as well. The probability of pair production in photon-matter interactions increases with increasing photon energy, and also increases with atomic number ([latex]\text{Z}[/latex]) of the nucleus approximately as [latex]\text{Z}^2[/latex].

Without a nucleus to absorb momentum, a photon decaying into electron-positron pair (or other pairs for that matter) can never conserve energy and momentum simultaneously. The nucleus in the process carries away (or provides) access momentum.

The reverse process is also possible. The electron and positron can annihilate and produce two 0.511 MeV gamma photons. If all three gamma rays, the original with its energy reduced by 1.022 MeV and the two annihilation gamma rays, are detected simultaneously, then a full energy peak is observed.

These interactions were first observed in Patrick Blackett’s counter-controlled cloud chamber, leading him to receive the 1948 Nobel Prize in Physics.