There are four kinematic equations that describe the motion of objects without consideration of its causes.

Kinematics is the branch of classical mechanics that describes the motion of points, bodies (objects), and systems of bodies (groups of objects) without consideration of the causes of motion. There are four kinematic equations when the initial starting position is the origin, and the acceleration is constant:

Here the basic problem solving steps to use these equations:

Step one – Identify exactly what needs to be determined in the problem (identify the unknowns).

Step two – Find an equation or set of equations that can help you solve the problem.

Step three – Substitute the knowns along with their units into the appropriate equation, and obtain numerical solutions complete with units.

Step four – Check the answer to see if it is reasonable: Does it make sense?

Problem-solving skills are obviously essential to success in a quantitative course in physics. More importantly, the ability to apply broad physical principles, usually represented by equations, to specific situations is a very powerful form of knowledge. It is much more powerful than memorizing a list of facts. Analytical skills and problem-solving abilities can be applied to new situations, whereas a list of facts cannot be made long enough to contain every possible circumstance. Such analytical skills are useful both for solving problems in a physics class and for applying physics in everyday and professional life.

A motion diagram is a pictorial description of the motion of an object. It displays the object’s location at various equally spaced times on the same diagram; shows an object’s initial position and velocity; and presents several spots in the center of the diagram. These spots reveal whether or not the object has accelerated or decelerated. For simplicity, the object is represented by a simple shape, such as a filled circle, which contains information about an object’s position at particular time instances. For this reason, a motion diagram is more information than a path diagram. It may also display the forces acting on the object at each time instance.

is a motion diagram of a simple trajectory. Imagine the object as a hockey puck sliding on ice. Notice that the puck covers the same distance per unit interval along the trajectory. We can conclude that the puck is moving at a constant velocity and, therefore, there is no acceleration or deceleration during the motion. 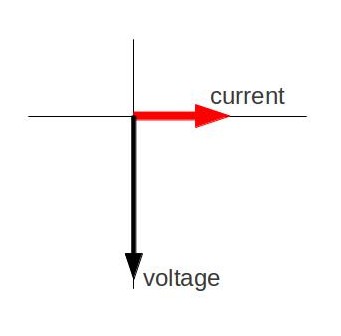 Puck Sliding on Ice: Motion diagram of a puck sliding on ice. The puck is moving at a constant velocity. 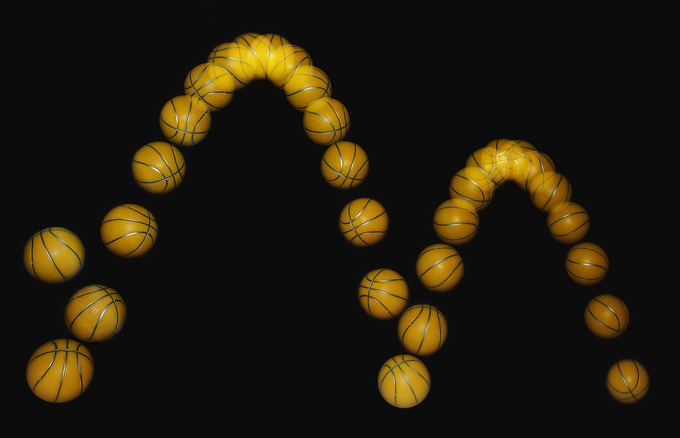 Bouncing Ball: A bouncing ball captured with a stroboscopic flash at 25 images per second.