The Constitution and the Founding of America

Describe the process for amending the Constitution

Article V of the US Constitution

The Articles of Confederation made amending the law very difficult, as all states had to agree to an amendment before it could pass. A unanimous vote had the potential to completely stall crucial change. However, the Framers of the Constitution worried that too many changes would harm the democratic process. To protect the Constitution from hasty alteration, the framers wrote Article V. This article specified how to amend the Constitution, showing that the Constitution could adapt to changing conditions with an understanding that such changes required deliberation. 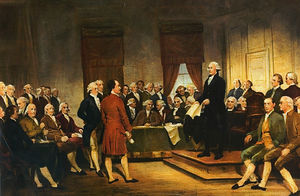 Constitutional Convention: The Framers supported a process that would allow the newly created constitution to change, but also made sure it could not be changed too quickly.

There are two ways to propose amendments: First, states may call for a convention. This has never been used due to fears it would reopen the entire Constitution for revision. The other way is for Congress to pass amendments by a two-thirds majority in both the House and Senate.

There are two additional ways to approve an amendment: One is through ratification by three-fourths of state legislatures. Alternatively, an amendment can be ratified by three-fourths of specially convoked state convention. This process was used during the Prohibition era. Those in favor of ending Prohibition feared that the 21st Amendment (set to repeal the 18th Amendment prohibiting the sale and consumption of alcohol) would be blocked by conservative state legislatures. On December 5, 1933, these so-called “wets” asked for specially called state conventions and ratified repeal. Thus it was proved that a constitutional amendment can be stopped by one-third of either chamber of Congress or one-fourth of state legislatures.

Restrictions to the Amendment Process

The amendment process originally came with restrictions protecting some agreements that the Great Compromise had settled during the Constitutional Convention.

The Great Compromise (also called the Connecticut Compromise) was an agreement that large and small states reached during the Constitutional Convention of 1787. In part, the agreement defined the legislative structure and representation that each state would have under the US Constitution. It called for a bicameral legislature along with proportional representation in the lower house, but required the upper house to be weighted equally between the states.This agreement led to the Three-Fifths Compromise, which meant less populous Southern states were allowed to count three-fifths of all non-free people toward population counts and allocations.

Thus, Article V of the US Constitution, ratified in 1788, prohibited any constitutional amendments before 1808 which would affect the foreign slave trade, the tax on slave trade, or the direct taxation on provisions of the constitution. Also, no amendment may affect the equal representation of states in the Senate without a state’s consent.

Formal Methods of Amending the Constitution

The formal amendment processes are enumerated in Article V of the Constitution.

Describe the formal procedure for amending the U.S. Constitution

Formal Methods of Amending the Constitution

In theory the two houses first adopt a resolution indicating that they deem an amendment necessary. This procedure, however, has never actually been used. The U.S. Senate and the U.S. House of Representatives instead directly proceed to the adoption of a joint resolution; thus, they mutually propose the amendment with the implication that both bodies “deem” the amendment to be “necessary. ” All amendments presented so far have been proposed and implemented as codicils, appended to the main body of the Constitution. 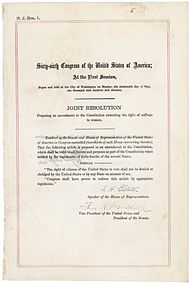 If at least two-thirds of the legislatures of the states make the request, Congress is then required to call a convention for the purpose of proposing amendments. This provision, many scholars argue, allows for a check on the power of the Congress to limit potential constitutional amendments.The state legislatures have, in times past, used their power to apply for a national convention in order to pressure Congress into proposing a desired amendment.

A classic example of this was demonstrated starting in the late 1890s. During that period a movement to amend the Constitution to provide for the direct election of U.S. Senators caused such proposals to regularly pass the House of Representatives only to die in the Senate. As time went by, more and more state legislatures adopted resolutions demanding that a convention be called. In response to this pressure the Senate finally relented and approved what later became the Seventeenth Amendment for fear that such a convention—if permitted to assemble—might stray to include issues above and beyond the direct election of U.S. Senators.

The President has no formal role in the constitutional amendment process. Article One provides that “every order, resolution, or vote, to which the concurrence of the Senate and House of Representatives may be necessary (except on a question of adjournment) shall be presented to the President of the United States; and before the same shall take effect, shall be approved by him, or being disapproved by him, shall be repassed by two thirds of the Senate and House of Representatives. ”

After being officially proposed, a constitutional amendment must then be ratified either by the legislatures of at least three-fourths of the states, or by conventions in the same proportion of states. Of the 27 amendments to the Constitution that have been ratified, Congress has specified the method of ratification through state conventions for only one: the 21st Amendment, which became part of the Constitution in 1933.

Although a proposed amendment is effective after three-fourths of the states ratify it, states have, in many instances, ratified an amendment that has already become law, often for symbolic reasons. The states unanimously ratified the Bill of Rights; the Thirteenth Amendment, abolishing slavery; the Fourteenth Amendment, providing for equal protection and due process; the Fifteenth Amendment, prohibiting racial discrimination in voting; and the Nineteenth Amendment, granting women a federal constitutional right to vote. In several cases, the ratification process took over a century.

The formal amendment process is one of two major ways to amend the constitution.

Describe the ways of “informally” amending the Constitution, such as societal change and judicial review.

The United States Constitution can be changed informally. Informal amendments mean that the Constitution does not specifically list these processes as forms of amending the Constitution, but because of change in society or judicial review changed the rule of law de facto. These methods depend on interpretations of what the constitution says and on interpretive understanding of the underlying intent. This type of change occurs in two major forms: through circumstantial change and through judicial review.

Sometimes society changes, leading to shifts in how constitutional rights are applied. For example, originally only land-holding white males could vote in federal elections. Due to a burgeoning middle class at the peak of the Industrial Revolution in the 1800s, society became focused on expanding rights for the middle and working classes. This led to the right to vote being extended to more and more people. However, formal recognition of the right of poor whites and black males, and later of women, was only fully secured in the Fifteenth Amendment (1870) and the Nineteenth Amendment (1920). 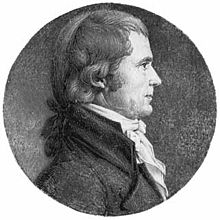 In the United States, federal and state courts at all levels, both appellate and trial, are able to review and declare the constitutionality of legislation relevant to any case properly within their jurisdiction. This means that they evaluate whether a law is or is not in agreement with the Constitution and its intent. In American legal language, “judicial review” refers primarily to the adjudication of constitutionality of statutes, especially by the Supreme Court of the United States. This is commonly held to have been established by Chief Justice John Marshall in the case of Marbury vs. Madison, which was argued before the Supreme Court in 1803. A number of other countries whose constitutions provide for such a review of constitutional compatibility of primary legislation have established special constitutional courts with authority to deal with this issue. In these systems, no other courts are competent to question the constitutionality of primary legislation.

The Twenty-Seven Amendments of the U.S. Constitution

The twenty-seven amendments serve two purposes: to protect the liberties of the people and to change original codes from the constitution.

Recall the number of amendments to the Constitution and their aims

There are 27 amendments to the constitution, the first 10 being the Bill of Rights. The Bill of Rights is the collective name for the first ten amendments to the United States Constitution. These limitations serve to protect the natural rights of liberty and property. They guarantee a number of personal freedoms, limit the government’s power in judicial and other proceedings, and reserve some powers to the states and the public. While originally the amendments applied only to the federal government, most of their provisions have since been held to apply to the states by way of the Fourteenth Amendment. 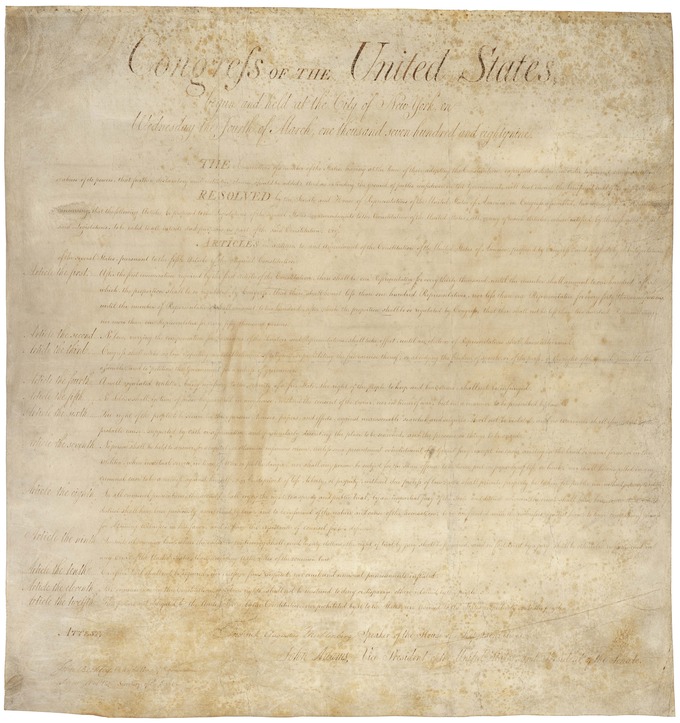 Bill of Rights: The Bill of Rights are the first 10 of 27 amendements to the Constitution, and serve to protect the natural rights of liberty and property.

The other amendments have been added over time, mostly via the processes mentioned in Article V of the Constitution. The 11th secures the right to sue a state. The 12th defines the election of President and Vice President and the fallback system if one should die in office. The 13th abolishes slavery. The 14th specifies the post-Civil War requirements and notes that freed slaves are citizens. The 15th specifically dictates that all races have full rights. The 16th modifies the tax system. The 17th lays out the system for replacement of senators. The 18th banned alcohol. The 19th gives women the right to vote. The 20th patches some basic government functions. The 21st makes the 18th amendment inactive, thereby un-banning alcohol. The 22nd amendment states that no one can be elected President more than 2 terms. The 23rd modifies the Electoral College. The 24th states that no one can be kept from voting because of tax status. The 25th reinforces the replacement system for the President and Vice President. The 26th moves the voting age to 18. The 27th deals with the payment of representatives.