Party identification is typically determined by the political party that an individual most commonly supports.

Discuss the central features that make up party identification

Citizens in the general population who identify with a particular party make up the Party in the Electorate. Party identifiers (partisans) could be described by their support in the following ways:

Party Identification is characterized in three ways. Some view party attachment as a form of social identity, which is similar to a religious or ethnic identity. Moreover, childhood influence is one of main driving factors behind formation of party identification. During childhood, the main political influence comes from parents, other close family members and close surroundings such as the immediate community. Children remember events that happened during their childhood and associate them with the political party, whether or not they were connected with those events. For example, a child growing up in the 1970s would associate the Republican party with the Watergate scandal of the Nixon administration, a child growing up in the 1990s would associate the Democratic party with the sex scandal of the Clinton administration, or a child growing up in early 2000 would associate the Republican party with the Iraq War and the War on Terror. Although these parties might or might not embrace the issues that happened during that administration, a child could forever associate the party with those memorable events. Political Scientists have developed many theories to childhood influence on political party identification. David O. Sears developed a theory stating that major childhood events will influence a child at a young age and make a permanent impression.

The same level of voting behavior can also be applied to state and local levels. While straight ticket voting has declined among the general voting population, it is still prevalent in those who are strong Republicans and strong Democrats. According to Paul Allen Beck and colleagues, “the stronger an individual’s party identification was, the more likely he or she was to vote a straight ticket. ” 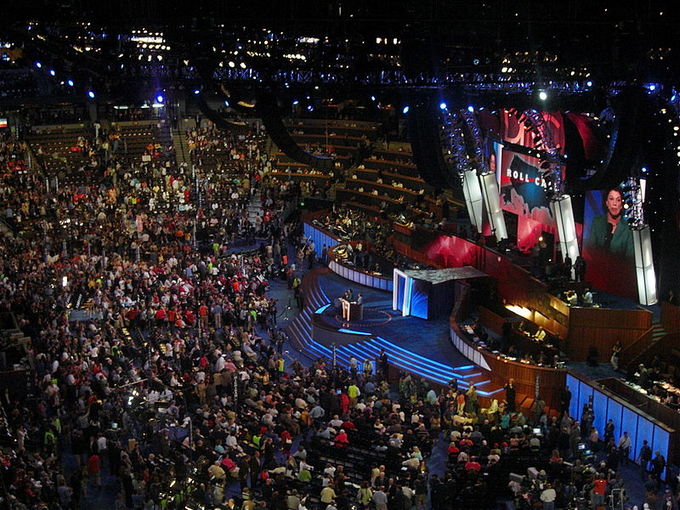 Roll Call DNC: Those people who identify with a party tend to vote for their party’s candidate for various offices in high percentages. Those who consider themselves to be strong partisans, strong Democrats and strong Republicans respectively, tend to be the most faithful in voting for their party’s nominee for office.

Issue voting is the process by which voters select candidates based on how closely their views on certain issues match the voter’s own.

In contrast to party voting, issue voting is when voters base their election decisions on political issues. These issues can relate to any questions of public policy that are a source of debate between political parties. The process of issue voting involves voters comparing their opinions about how certain issues should be addressed against candidates’ stances on these issues. Individuals vote for the candidate that best matches their own views. 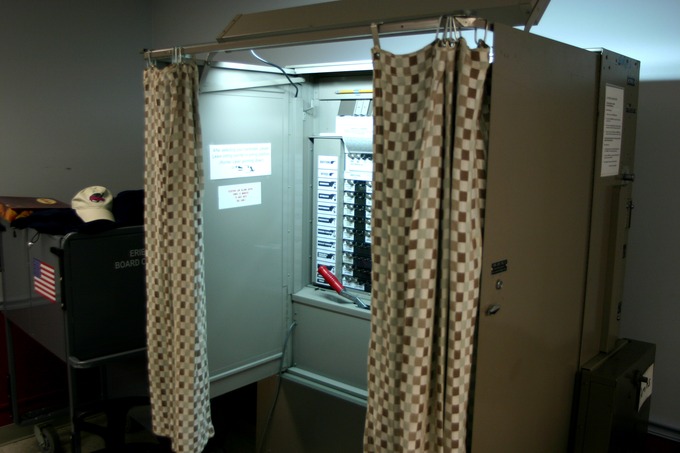 Issue voting has become prominent in recent elections. The in issue voting rise can be traced to increasing polarization between the Democratic and Republican parties. Moderates, who account for a large segment of the American population, become more alienated as each party adopts more extreme viewpoints. Subsequently, this alienation has led to an increase in the amount of people who identify as independents in order to escape the constraints of a polarized party. The loss of party identification affiliated with being an independent generates the greater issue voting.

While issue voting has risen in recent years, many factors can complicate it. For instance, many stances can be taken on issues and voters must settle for the candidate whose views most closely match their own. This becomes difficult when the available candidates have viewpoints that are vastly different from a voter’s views. Issue voting is also challenging when candidates possess similar views on issues and there is no clear distinction between the candidates’ views and the voter’s own. When the aforementioned situations take place, a voter may revert to party voting or may base their decision off of the individual personalities of the candidates. Similarly, issue salience is when people vote on the basis of how relevant an issue is to their lives.

Most issues that are part of the national agenda can sometimes be a consequence of media agenda-setting and agenda-building. In a commercialized media context, the media can often not afford to ignore an important issue which another television station, newspaper, or radio station is willing to pick up. The media may be able to create new issues by reporting and should that should be considered seriously. Also, they can obscure issues by reporting through negligence and distraction. If persons are affected by high crime rates, or unemployment, for instance, the media can reduce the time they report on potential solutions, the nature of class-based society or other related issues. They can reduce the direct awareness of these problems in the lives of the public. The media can make the problem in essence “go away” by obfuscating it. The public can go away to another media source, so it is in the media’s commercial interest to try to find an agenda which corresponds as closely as possible to peoples’ desires. They may not be entirely successful, but the agenda-setting potential of the media is considerably limited by the competition for the viewers’ interest, readers and listeners. It is difficult to see, for instance, how an issue which is a major story to one television station could be ignored by other television stations.

Due to a decrease in party identification, the personal traits of candidates have become an influential factor in voters’ decisions.

The personal traits of candidates have become an influential factor in voters’ decisions during recent elections. Although issues currently remain central in many voters’ election decisions, issue voting can be difficult when candidates are closely aligned in their stances on given issues. Issue voting can also be problematic when candidates’ stances differ drastically from those of voters. At the same time, the United States has witnessed increasing polarization between the Democratic and Republican Parties that has caused many voters to identify themselves as independents. This increasing lack of party identification combined with the difficulties that arise with issue voting has resulted in voting decisions based on the personality and demographic traits of candidates.

Candidates are most often evaluated on their party affiliation and stances on prominent issues. However, when the aforementioned problems with party identification and issue voting arise, the personal characteristics of candidates may enter into campaign strategies and voting decisions. Many candidates utilize demographic factors to appeal to voters. For example, candidates may emphasize the importance of their families and their upbringing in humble middle-class households as a way to relate to a wide segment of American voters. Other candidates appeal to voters through shared religious affiliations. Candidates may also emphasize their personality traits by showing how their actions have demonstrated their trustfulness and hard work. 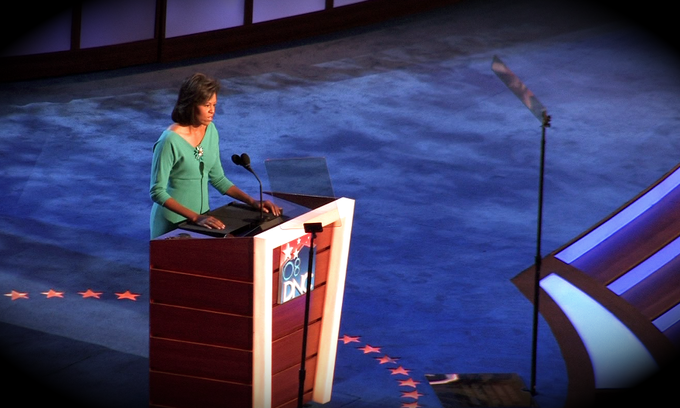