Eligibility requirements restrict who can run for a given public office.

Give examples of eligibility requirements for various offices

Different voting jurisdictions set different eligibility requirements for candidates to run for office. In partisan election systems, such as those in place for U.S. Presidential and Congressional elections, the only people eligible to run in a general election are those nominated by a political party or who have successfully petitioned to be on the ballot. In non-partisan elections, there may be fewer restrictions on those who can be listed on a ballot, with no requirements for party or popular support.

Virtually all electoral systems, whether partisan or non-partisan, have some minimum eligibility requirements to run for office. For example, candidates are generally required to be a certain age. In some jurisdictions, individuals may be eligible to campaign when they reach the age of legal majority, which is often 18. Elsewhere, candidates may need to be older; for example, in U.S. Presidential campaigns, candidates must be at least 35 years old.

Natural Born Citizen Clause: The U.S. Constitution limits eligibility for the office of president to individuals who are natural born citizens of the U.S.

In offices other than that of the President, eligibility requirements tend to be less stringent. For example, according to the Constitution, members of the U.S. House of Representatives must be over the age of 25 and an American citizen for at least seven years. The Senate’s minimum age requirement is 30 and nine years an American citizen. Both chambers of Congress require members to be residents of the state they seek to represent. House members are not required to live in their districts. For local offices, the requirements are often even less strict — in certain jurisdictions, local officials simply need to be current citizens over the age of 18 who have established local residency.

Nomination is the process through which political candidates are chose to campaign for election to office.

Nomination is part of the process of selecting a candidate for election to office. In a representative democracy, such as the United States, citizens vote to elect individuals to public offices. Examples of elected officials include at the federal level, the president; at the state level, a state representative; and at the local level, a city council member. In order to have their names listed on election ballots, individuals seeking these offices must first be nominated.

In order to formally select candidates for a presidential election, American political parties hold nominating conventions. The official purpose of these conventions is to select the party’s nominee for president, as well as to adopt a statement of party principles and goals, known as the platform. In modern presidential campaigns, however, nominating conventions are largely ceremonial. Due to changes in election laws, the primary and caucus calendar, and the manner in which political campaigns are run, parties enter their conventions with presumptive nominees. During primary campaigns, state delegates are assigned to a primary candidate based on the outcome of a statewide vote. Whichever primary candidate emerges from the primary election with the most delegates becomes the party’s presumptive nominee. The presumptive nominee is not formally nominated until the national convention, but he or she is all but assured of a place on the ballot in the general election by the conclusion of the primary season. 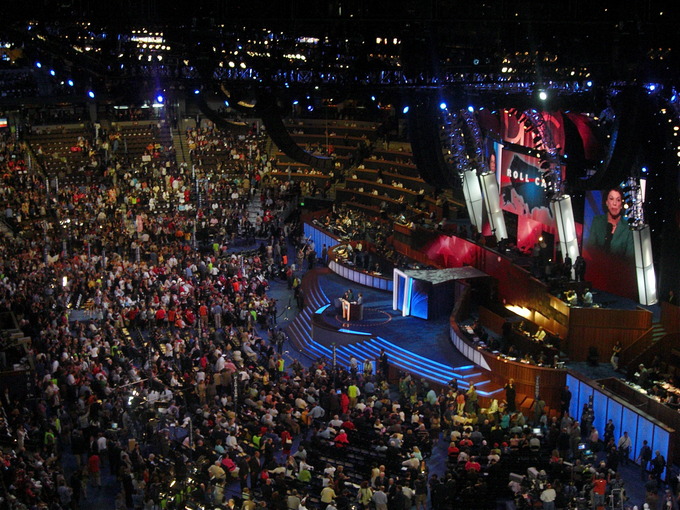 When candidates for national, state, or local office are not affiliated with a political party, they may be nominated as candidates if they receive a sufficient number of signatures from eligible voters (though the specific requirements vary by voting jurisdiction). In a case where an independent, or unaffiliated, candidate receives sufficient signatures, his or her name will appear on the ballot in the general election. These candidates do not need to participate in primary elections, since they are not seeking the nomination of a political party.

An election is a decision-making process used in a democracy to choose public office holders based on a vote.

An election is a formal decision-making process by which a population chooses an individual to hold public office. Generally, elections consist of voters casting ballots at polling places on a scheduled election day. Elections have been the usual mechanism by which representative democracies have operated since the 17th century. Elections may fill offices in the legislature, the executive and judiciary, and regional and local government. 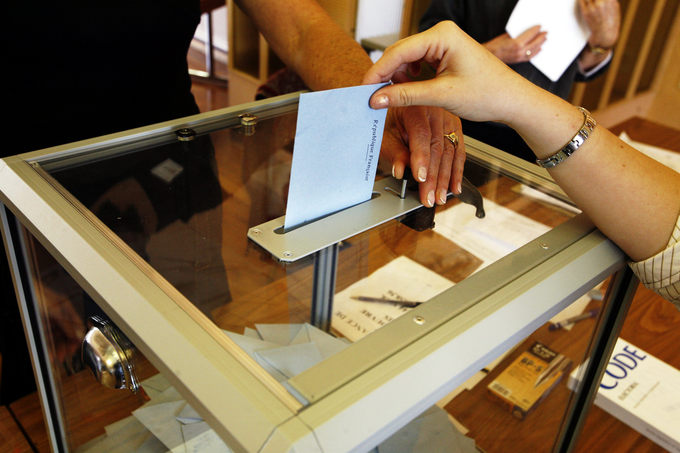 Electoral systems are the detailed constitutional arrangements and voting laws that convert the vote into a political decision. The first step in determining the results of an election is to tally the votes, for which various vote counting systems and ballot types are used. Electoral systems then determine the result of the election on the basis of the tally. Most electoral systems can be categorized as either proportional or majoritarian. In a proportional electoral system, a political party receives a percentage of seats in a governmental body in proportion to the number of votes it receives. In a majoritarian system, one party receives all of the seats in question if it receives the majority of votes. Strictly majoritarian systems are rare in modern democracies due to their tendency for suppressing minority views. For example, in the United States presidential elections are dependent upon the allocation of delegates from the electoral college. The number of delegates that each state has is proportional to the state’s population, but all of a state’s delegates are assigned to the presidential candidate who wins the majority of votes in the state. This electoral system is neither strictly majoritarian nor proportional; state delegates are not allocated to candidates in proportion to the votes they receive, but neither is winning the popular vote sufficient to ensure a candidate’s election. This system is intended to provide smaller states and less densely populated regions with influence in national elections.

The question of who may vote is a central issue in elections. The electorate, or the group of people who are eligible to vote, does not generally include the entire population. For example, many countries prohibit those judged mentally incompetent from voting, and all jurisdictions require a minimum age for voting. Historically, jurisdictions have excluded groups such as women, blacks, immigrants, and non-property owners from the electorate. Most national elections require that voters are citizens, and many local elections require proof of local residency to vote.

Candidates run for office by orchestrating expensive campaigns designed to increase their appeal to the electorate.

Candidates running for election to public office need to appeal to the electorate in order to acquire votes. Accordingly, candidates run campaigns aimed at establishing a popular campaign message and convincing voters of the candidate’s likeability.

In many elections, candidates are primarily differentiated by being either liberal or conservative. A candidate’s liberal or conservative ideology is usually expressed by affiliation with a political party — in the U.S. the Republican Party is understood to be conservative and the Democratic Party is understood to be liberal. A candidate’s stated political ideology may be treated as a proxy for their position on a range of policy issues. One’s stance on economic regulation, immigration, and abortion, for example, may be inferred from political party membership. In large part, this association is supported by political parties’ platforms in the U.S. At the same national convention where parties nominate candidates for president, they formalize a platform enumerating party beliefs and objectives. When a candidate for state or national office affiliates with a party, they are therefore associated with that party’s written platform.

Apart from ideology, less explicit factors such as likeability and access to resources impact candidates’ campaigns. Likeability refers to whether or not the electorate generally likes a candidate, as measured by opinion polls. Likeability is thought to play a significant role in electoral politics but is difficult to access in campaigns. Politicians may consciously attempt to augment their likeability by donating to charities, telling jokes during speeches, or posing for photos with voters. However, likeability can be difficult for politicians and political strategists to control. 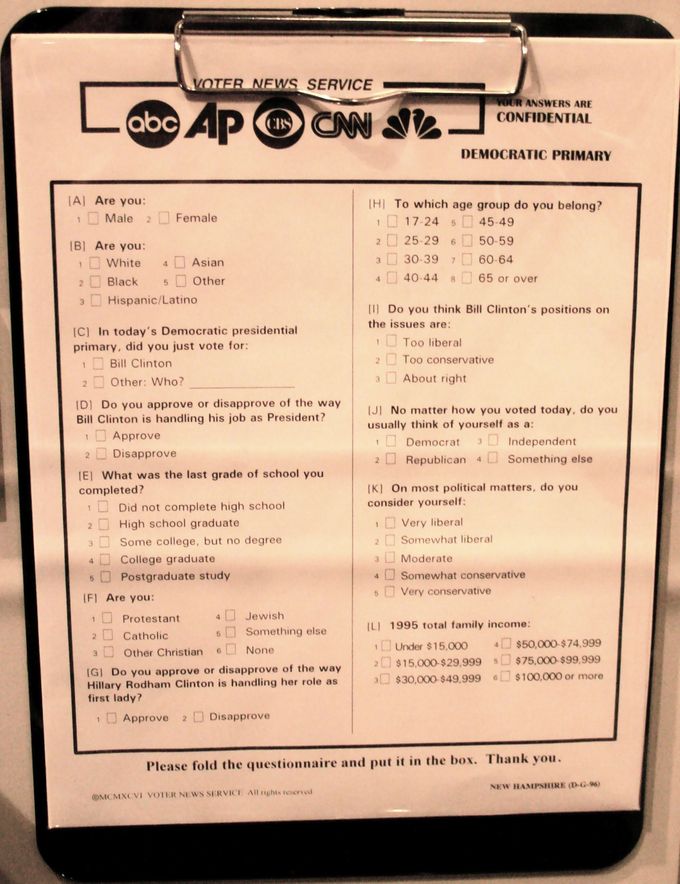 Voter Opinion Poll: Polling agencies conduct surveys of potential voters during election seasons to measure how the electorate ranks the traits of candidates.

A major critique of large scale electoral politics in the U.S. and other democracies is that a candidate’s wealth has too much influence in the election’s outcome. Modern campaigns usually include television and radio ads, extensive travel, and large organizations of strategists and organizers. Thus, campaigns have become extremely expensive. Major candidates generally need to have immense personal wealth or successful fundraising networks to compete in national campaigns. Therefore, access to monetary resources is an important trait for candidates to possess.