The Organization of Bureaucracy

The cabinet is the collection of top-ranking advisors in the executive branch of government, particularly executive department secretaries.

The Cabinet of the United States consists of the highest-ranking appointed officers in the executive branch of the federal government: the secretaries of each of the 15 executive departments. These Cabinet members preside over bureaucratic operations and serve as advisors to the president. All secretaries are directly accountable to the president, and they do not have the power to enforce any policy recommendations outside of their department.

The president nominates secretaries to their offices, and the Senate votes to confirm them. Secretaries are not subject to elections or term limits, but most turnover when a new political party wins the presidency.

Structure of the Cabinet Departments

Each of the Cabinet departments is organized with a similar hierarchical structure. At the top of each department is the secretary (in the Department of Justice, the highest office is called the “attorney general,” but the role is parallel to that of the secretary of state, defense, etc.).

Below the level of deputy secretary, departmental organization varies. Most departments have several under secretaries, who preside over specific branches of the organization rather than being accountable for the functioning of the entire department, as the secretary and deputy secretary are. Under secretaries are appointed by the president, but range in prestige depending on the size of the department they are employed in and the breadth of affairs they oversee.

Finally, each department has its own staff. Departmental staffs are not appointed by the president, but instead are hired by internal supervisors (such as under secretaries). Staff qualifications and duties range widely by department. For example, national park service employees are considered staff of the Department of the Interior, but some may work on policy in Washington, while others tend to conservation in Yellowstone. Likewise, military staff includes soldiers on active duty who are not administrative employees but are nonetheless under the purview of the Department of Defense.

Taken as a group, the executive departments employ over 4 million people and have an operating budget  of over $2.3 trillion.

History of the Cabinet

The first president of the United States, George Washington, established the tradition of having a cabinet of advisors. The U.S. Constitution specifically calls for the creation of executive departments, but it only addresses the leaders of executive departments to specify that as unelected officials they must answer to the president and do not have the power to enforce their recommendations. George Washington thus began the practice of having a formal cabinet of advisors when he appointed Secretary of State Thomas Jefferson, Secretary of the Treasury Alexander Hamilton, Secretary of War Henry Knox, and Attorney General Edmund Randolph.

The Line of Succession

The secretaries are formally in the line of presidential succession, after the vice president, speaker of the house, and president pro tempore of the Senate. In other words, if the president, vice president, speaker, and president pro temopre were all incapacitated by death, resignation, or impeachment, the Cabinet members would ascend to the Office of President in a predetermined order. The order of the departments, and the roles of the secretaries of each department, is as follows:

In addition to the secretaries of the established executive departments, there are some cabinet-level officers who are the heads of independent executive agencies. These agencies do not answer to the president directly and, therefore, there are no executive departments strictly speaking. Still, their heads are considered high ranking advisors to the president. These cabinet-level officers include the vice president, the chief of staff, the director of the Office of Management and Budget, the administrator of the Environmental Protection Agency, the trade representative, the ambassador to the United Nations, the chairman of the Council of Economic Advisors, and the administrator of the Small Business Administration.

In the United States federal government, Congress and the President have the ability to delegate authority to independent executive agencies, sometimes called federal agencies or administrative agencies. These agencies are distinct from executive departments because they have some degree of independence from the President. In executive departments, department heads are nominated by the President and confirmed by Congress, and can be removed from their posts for political reasons. Department heads, who comprise the Cabinet, therefore often turn over when a new president is elected. For example, the Secretary of State is a high status position that a high ranking diplomat in the leading political party usually fills. Unlike in executive departments, the leaders of agencies can only be removed from office for corruption charges under statutory provisions. Even though the president appoints them, agency leadership is non-partisan, or independent from Presidential politics and election turn over.

The leaders of agencies often participate as members of commissions, boards, or councils with internal structures resembling tripartite government. That is, a single agency may “legislate” by producing regulations; “adjudicate” by resolving disputes between parties; and “enforce” by penalizing regulation violations. To illustrate this point, consider one independent agency — the Federal Communication Commission (FCC). The FCC oversees media in the United States. One notorious function of the FCC is to regulate decency on television. To carry out this function, the FCC sets regulations defining what television programming is decent and what is indecent; if a station is accused of violating these regulations, the complaint is brought to the FCC; if the FCC finds that the programming was a violation of regulations regarding decency, it may fine the station.

Other independent executive agencies include the CIA (Central Intelligence Agency), the NASA (National Aeronautics and Space Administration) and the EPA (Environmental Protection Agency). The CIA helps gather intelligence and provides national security assessments to policymakers in the United States. It acts as the primary human intelligence provider for the federal government. The National Aeronautics and Space Administration NASA, is a government agency responsible for the civilian space program as well as aeronautics and aerospace research. The EPA was created for the purpose of protecting human health and the environment by writing and enforcing regulations based on laws passed by Congress. EPA enforcement powers include fines, sanctions, and other measures.

The U.S. Constitution does not explicitly reference federal agencies. Instead, these agencies are generally justified by acts of Congress designed to manage delineated government functions, such as the maintenance of infrastructure and regulation of commerce. Congress passes statutes called enabling acts that define the scope of agencies’ authority. Once created, agencies are considered part of the executive branch of government and are partly regulated by government parties. However, executive agencies have to remain nonpartisan.

Independent regulatory agencies create and enforce regulations to protect the public at large.

A regulatory agency is a body in the U.S. government with the authority to exercise authority over some area of human activity in a supervisory capacity. An independent regulatory agency is separate from the other branches of the federal government. These agencies are within the purview of the executive branch of government, but are internally regulated rather than subject to the direct control of the President. 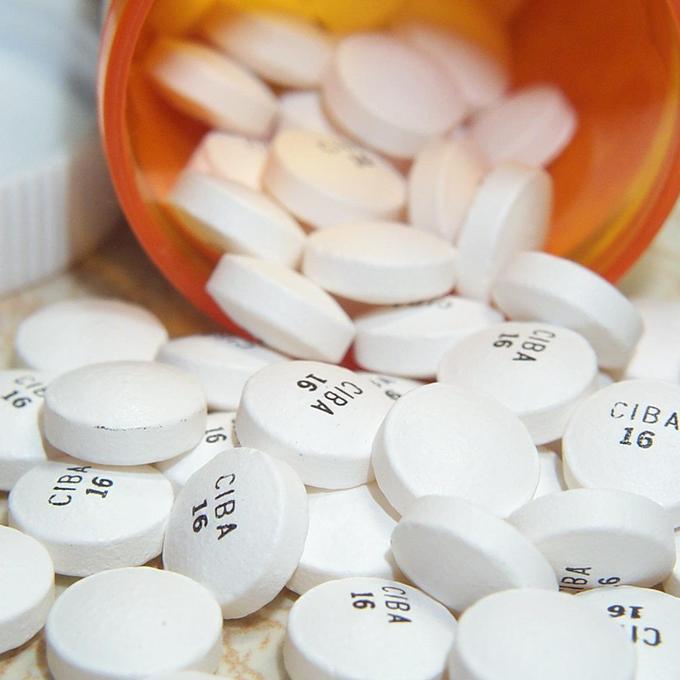 Food and Drug Administration Regulations: The FDA sets regulations governing which drugs can be distributed over the counter and which require a prescription based on an expert evaluation of the drug’s effects.

Regulatory agencies exist to supervise the administrative functions of organizations for the benefit of the public at large. To carry out this function, regulatory agencies are composed of experts in a specific policy area of administrative law, such as tax or health codes. Agencies may carry out investigations or audits to determine if organizations are adhering to federal regulations.

To better understand how independent regulatory agencies function, let us consider the U.S. Food and Drug Administration (FDA). The FDA’s mission is to promote public health by regulating the production, distribution, and consumption of food and drugs. When a pharmaceutical company produces a new drug, the manufacturers must submit it to the FDA for approval. The FDA employs experts in pharmaceuticals and drug safety, who evaluate the potential benefits and consequences of the drug. Following reports on the safety of the drug, the FDA determines whether it can be distributed, to whom it can be distributed, and under what conditions it can be safely consumed. The FDA thus uses internal expertise to regulate the pharmaceutical industry.

Government corporations are revenue generating enterprises that are legally distinct from but operated by the federal government.

Differentiate between a government-owned corporation, a government-sponsored enterprise, and organizations chartered by the government that provide public services

In the United States, there is a specific subset of government-owned corporations known as government-sponsored enterprises (GSEs). GSEs are financial services corporations created by Congress to increase the availability of low cost credit to particular borrowing sectors. The first GSE in the United States was the Farm Credit System in 1916, which made loans available for agricultural expansion and development. Currently, the largest segment of GSEs operates in the mortgage borrowing segment. Fannie Mae, Freddie Mac, and the twelve Federal Home Loan Banks operate as independent corporations and provide loans for mortgages and real estate development. However, the government possesses sufficient stock to claim 79.9% ownership of the corporations, should it choose to do so.

In addition to the financial sector GSEs, the U.S. government has chartered corporations that are legally distinct from the government (unlike federal agencies) but that provide public services. These chartered corporations sometimes receive money from the federal government, but are largely responsible for generating their own revenue. Corporations in this category include the Corporation for Public Broadcasting, the National Fish and Wildlife Foundation, The National Park Foundation, and many others.