The first step of the policy process involves issues being turned into agenda items for policymaking bodies.

Many problems exist within the United States but few make it onto the public policy agenda. Those problems that do move onto the policy agenda must first be identified as salient issues. An issue can be broadly defined as a circumstance of reality not meeting a constituency’s expectations. The power of the group in question can affect whether an issue moves onto the policy agenda. For example, a problem encountered by a major political campaign donor can move a given issue more quickly onto the agenda than a problem encountered by a small interest group without great political clout.

In other instances, issues can move into the public spotlight and be forced onto the policy agenda by the amount of attention and public outcry they receive. The media can be particularly effective in accomplishing this task. For example, widespread reporting on the number of Americans affected by tainted eggs and spinach moved the food safety system onto the policy agenda and resulted in a law that allocated greater authority to the Food and Drug Administration. The media can also keep issues off of the policy agenda by giving the impression that an issue does not require resolution through the policy process.

In addition to the power of certain groups and the media, significant events can act as policy triggers that immediately move issues onto the policy agenda. The terrorist attack in New York City on 9/11/2001 is an example of an event that brought terrorism, national security, weapons of mass destruction, and relations toward Iraq to the forefront of the national and international policy agendas.

In all of the aforementioned examples, issues have a high likelihood of becoming agenda items. Issues must become agenda items for some policymaking body in order to enter the policy cycle. These policymaking bodies may be a legislature, (e.g., a city council ) or an administrative agency, (e.g., a health department ).

It is important to note, however, that not all issues that move onto policy agendas complete the policy process to become laws. Indeed, agendas are subject to timing and can easily be displaced by other issues when crises occur. For example, Obama’s planned policy to loosen restrictions on coastal drilling was dropped after the BP oil spill occurred in the Gulf of Mexico. Those issues that withstand any significant crisis, though, will move onto the next stage of the policy process, formulation. 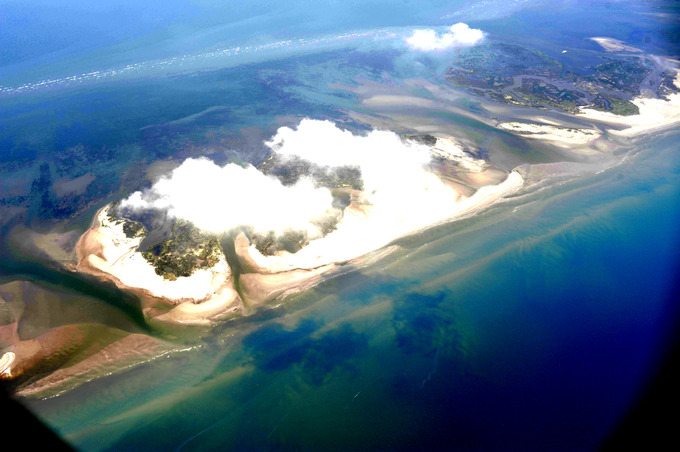 BP Oil Spill: The BP oil spill is an example of a crisis that changed the national policy agenda by reversing Obama’s planned policy to loosen restrictions on coastal drilling.

Formulation is the second stage of the policy process and involves the proposal of solutions to agenda issues.

Identify the considerations that shape the formulation of first-best policy

Formulation of policy consists of policymakers discussing and suggesting approaches to correcting problems that have been raised as part of the agenda. Sometimes it is necessary to choose from among multiple potential paths forward. The issue of traffic safety has been solved by various policies throughout time. Here are a few examples of solutions: more highways were built in the 1950s, safer cars were required in the 1960s, and jailing drunk drivers was the solution in the 1980s and 1990s. 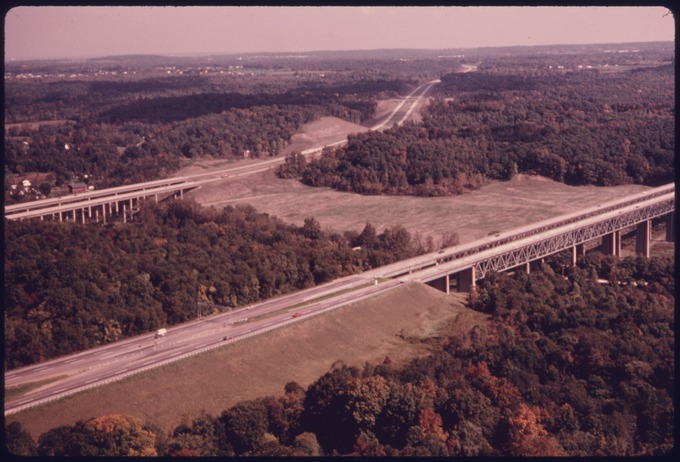 1950s Highways: Building highways is one example of a policy that was used to address the issue of traffic safety.

The ultimate policy that is chosen to solve the issue at hand is dependent on two factors. First, the policy must be a valid way of solving the issue in the most efficient and feasible way possible. Effective formulation involves analysis and identification of alternatives to solving issues. Secondly, policies must be politically feasible. This is usually accomplished through majority building in a bargaining process. Policy formulation is, therefore, comprised of analysis that identifies the most effective policies and political authorization.

Policy adoption is the third phase of the policy process in which policies are adopted by government bodies for future implementation.

Identify which groups can expedite or retard the adoption of policy

The Process of Adoption

Formulated policies have to be adopted by relevant institutions of government in order to be put into effect. Adoption can be affected by the same factors that influence what issues move into the earlier phase of agenda building. For instance, policies thataddress the changed circumstances crises often bring can often be immediately adopted. Meanwhile, powerful interest groups can use their political influence to determine what policies are adopted.

The media can also play a key role in policy adoption. When reporting and commentary is unbiased it can provide a forum where debate over various cases for policy adoption takes place. When the media displays a favorable bias, it can enhance a policy proposal ‘s likelihood of adoption. On the other hand, an unfavorable media bias may undermine a policy proposal. For example, unfavorable media coverage undermined the George W. Bush administration’s proposals to change Social Security. Negative response also killed the Clinton administration’s health care proposal. 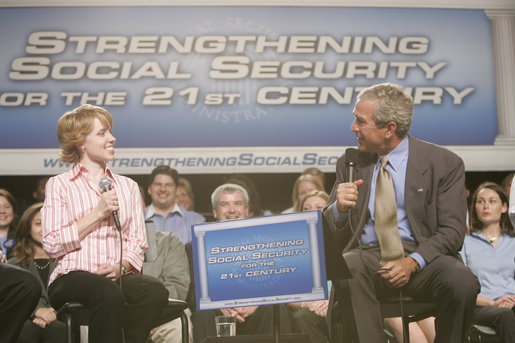 Governors or mayors can adopt policies to bring about change on a state or local level. However, the president has the sole responsibility of determining what policies are adopted on a nationwide level. Congress has some influence over policy adoption, as it must approve the president’s actions. Once the relevant government bodies adopt policies, they move into the next phase of the policy process, policy implementation.

Policy implementation is the fourth phase of the policy cycle in which adopted policies are put into effect.

How Policies are Implemented

The implementation of policy refers to actually enacting the proposed solutions. Whether a given policy has been implemented successfully depends on three major criteria:

In addition to the aforementioned elements, policy implementation can further be complicated when policies are passed down to agencies without a great deal of direction. Policy formulation is often the result of compromise and symbolic uses of politics. Therefore, implementation imposes a large amount of both discretion and confusion in agencies that administer policies. In addition, bureaucratic incompetence, ineptitude, and scandals may complicate the policy implementation process.

The above issues with policy implementation have led some scholars to conclude that new policy initiatives will either fail to get off the ground or will take considerable time to be enacted. The most surprising aspect of the policy process may be that policies are implemented at all.

Policies must be evaluated once in place, but still tend to become entrenched over time and often do not receive any kind of evaluation.

Policies may be evaluated according to a number of standards. They may be informally evaluated according to uncritical analysis, such as anecdotes and stories. Policies may also be substantively evaluated through careful, honest feedback from those affected by the policies. More formal research can provide empirical evidence regarding the effectiveness of policies. Finally, scientific research provides both comparative and statistical evaluations of whether policies produce clear causal results.

Policy evaluation can take place at different times. Administrators seeking to improve operations may assess policies as they are being implemented. After policies have been implemented they can be further evaluated to understand their overall effectiveness.

In spite of the many ways policies may be evaluated, they are often not evaluated at all. Formal and scientific research is time consuming, complicated to design and implement, and costly. While more informal evaluations focused on feedback and anecdotes are more accessible, they also tend to be contaminated with bias. 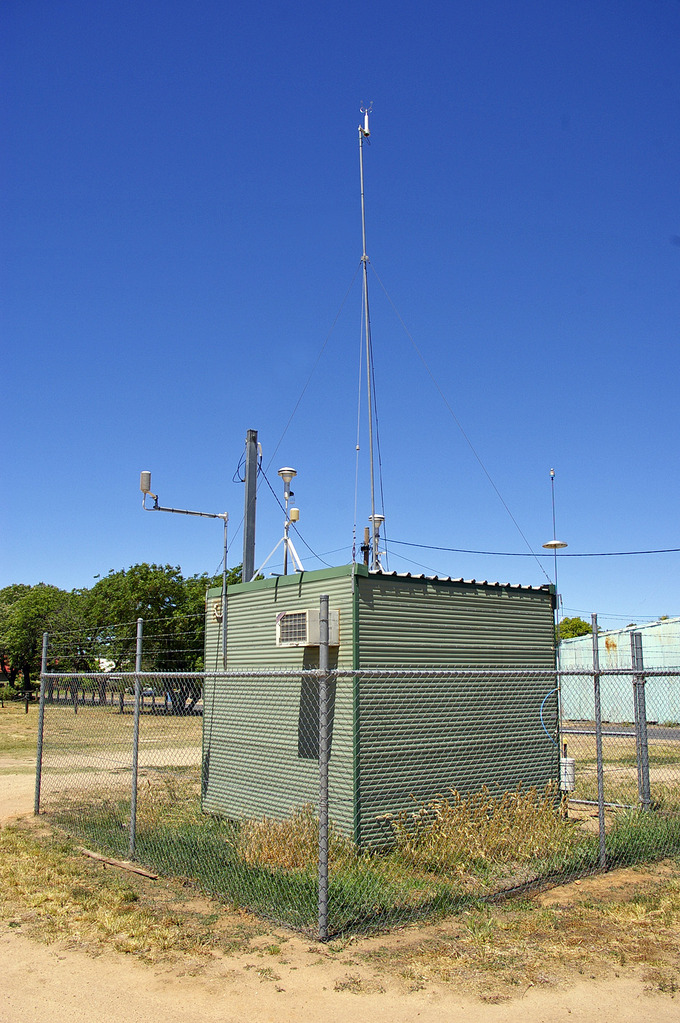 Air Quality: Broad conceptual goals, like healthy air quality, are difficult to evaluate since people may have different opinions on what “healthy” entails.

In general, public policies become entrenched over time and are difficult to terminate even if they are evaluated by various standards.

Interest groups that can advance their cause to the policymaking process tend to possess certain key traits.

Many different types of groups attempt to influence United States policy. For instance, certain demographic groups may favor policies that benefit them the most. Other groups may create formal institutions, known as think tanks, to advance their cause. Foreign governments can also behave as interest groups when it comes to U.S. foreign policy. For instance, Saudi Arabia launched a lobbying campaign to improve its image in the United States after it came under criticism for failing to crack down on terrorist groups after the 9/11 attack in New York.

Because of the wide variety of special interest groups, conflict between groups on an issue is common. The debate over creating free trade areas, like the North American Free Trade Agreement (NAFTA), placed business groups in competition with labor and environmental groups in garnering the attention of policymakers toward their divergent causes. 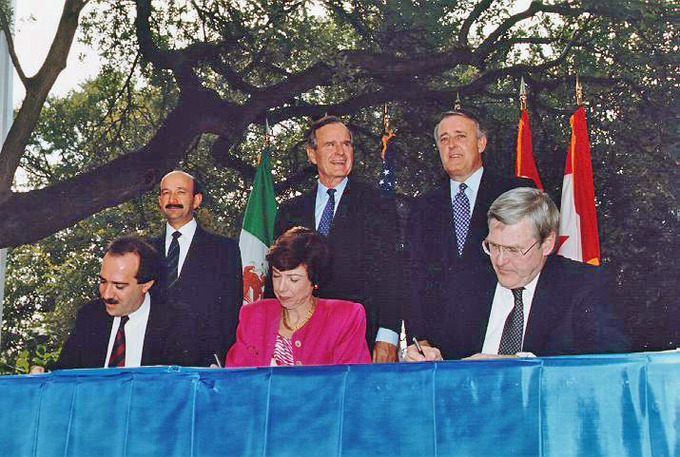 NAFTA Member Countries: The NAFTA initialing ceremony, in October 1992. Events, such as the signing of the North American Free Trade Agreement (NAFTA), highlight the differences among special interest groups and the competition that takes place between them to capture the attention of policymakers.

Those interest groups that are able to advance their causes to the policy agenda must possess certain key factors. Political scientist Charles O. Jones has organized these factors into six categories. First, the number of people affected plays a role in what policies are adopted. For example, senior citizens often make their demands onto the policy agenda because of their large numbers and inclination to vote. The extent to which constituents are organized and the resources available to them serve as other factors that influence whether interest groups can advance their causes to the policy agenda. A fourth factor is whether government representatives exist that can link interest groups and their problems with governmental processes.

The skills that interest groups utilize to advance their causes are also important in accessing the policymaking process. Many organizations only employ the most experienced and capable lobbyists to represent their causes. Meanwhile, the sheer intensity of interest groups can make up for inadequate resources or numbers of constituents.