The Second Amendment: The Right to Bear Arms

The Second Amendment gives the right to bear arms, and can arguably apply to individuals or state militias depending on interpretation.

The Second Amendment: The Right to Bear Arms

The Second Amendment to the US constitution was adopted in 1791 as part of the US Bill of Rights. At the time that the amendment was written, there was controversy around the question of state versus federal rights. Anti-federalists were concerned that the new US government would be able to maintain a standing army, which might be temptation to abuse power. The right to bear arms was seen as a check against tyranny, both domestic and foreign, and was designed to help states easily raise organized militias. 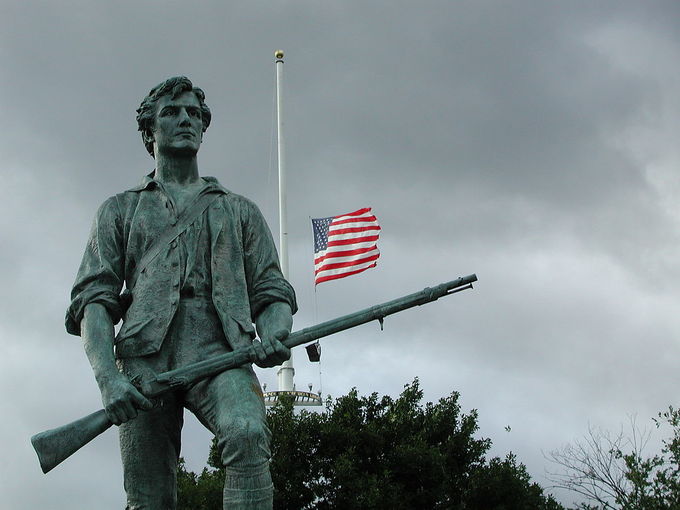 Minute Man : Ideals that helped to inspire the Second Amendment are in part symbolized by the minutemen, civilian colonists who independently organized to form well-prepared militia companies self-trained in weaponry, tactics, and military strategies from the American colonial partisan militia during the American Revolutionary War.

In the 20th century, the wording of Second Amendment has been the focus of controversy. The amendment reads “A well regulated militia, being necessary to the security of a free state, the right of the people to keep and bear arms, shall not be infringed. ” In some interpretations of the bill the right to bear arms is a collective right, exclusively or primarily given to states to arm a militia. Others interpret it as an individual right enabling people to keep and bear arms outside of any organization for other lawful uses.

Recent Supreme Court rulings, including the District of Columbia v. Heller (2008) have leaned towards the individual interpretation of the amendment. This ruling overturned Washington D.C.’s legislation that banned handguns in personal homes. In McDonald v. Chicago (2010), the Supreme Court ruled that Second Amendment rights could not be limited by state or local governments. However, in both cases the court has still ruled that governments can put some restrictions on gun ownership even if they can not ban it outright.