Latent learning occurs without any obvious conditioning or reinforcement of a behavior, illustrating a cognitive component to learning.

Latent learning is a form of learning that is not immediately expressed in an overt response. It occurs without any obvious reinforcement of the behavior or associations that are learned. Interest in this type of learning, spearheaded by Edward C. Tolman, arose largely because the phenomenon seemed to conflict with the widely held view that reinforcement was necessary for learning to occur. Latent learning is not readily apparent to the researcher because it is not shown behaviorally until there is sufficient motivation. This type of learning broke the constraints of behaviorism, which stated that processes must be directly observable and that learning was the direct consequence of conditioning to stimuli. 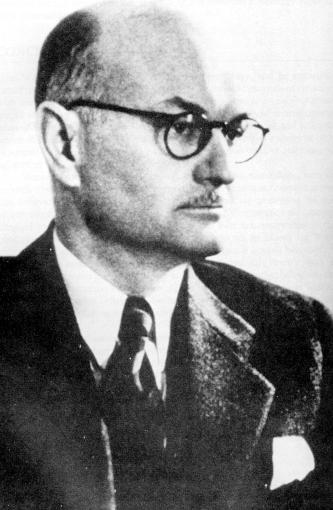 Tolman theorized that the rats in the third group had indeed been learning a “cognitive map” of the maze over the first ten days; however, they’d had no incentive to run the maze without any errors. Once a reward was presented, the learning that had remained latent became useful, and the rats ran the maze more efficiently.

While most early studies of latent learning were done with rats, later studies began to involve children. One such experiment required children to explore a series of objects to find a key. After finding the key, the children were asked to find “non-key” objects. The children found these objects faster if they had previously been exposed to them in the first part of the experiment. Their ability to learn this way increased as they became older (Stevenson, 1954).

Children may also learn by watching the actions of their parents but only demonstrate it at a later date, when the learned material is needed. For example, suppose that Ravi’s dad drives him to school every day. In this way, Ravi learns the route from his house to his school, but he’s never driven there himself, so he has not had a chance to demonstrate that he’s learned the way. One morning Ravi’s dad has to leave early for a meeting, so he can’t drive Ravi to school. Instead, Ravi follows the same route on his bike that his dad would have taken in the car. This demonstrates latent learning: Ravi had learned the route to school but had no need to demonstrate this knowledge earlier.

In another example, perhaps you’ve walked around a neighborhood regularly and noticed—but never used—a particular shortcut. One day you receive a text telling you there is free pizza at a restaurant in the neighborhood, but only for the next 15 minutes. You use the shortcut that you’d noticed because you want to get there quickly. While you had developed a cognitive map of the area through latent learning, you’d never demonstrated a behavior that indicated you had done so until you were required to.

Observational learning occurs from watching, retaining, and replicating a behavior observed from a model.

Observational learning, also referred to as modeling or social learning, occurs by observing, retaining, and replicating behavior seen in others. The individuals performing the imitated behavior are called models. While this type of learning can take place at any stage in life, it is thought to be particularly important during childhood, when authority is important. Stemming from Albert Bandura’s social learning theory, observational learning allows for learning without any direct change to behavior; because of this, it has been used as an argument against strict behaviorism, which argues that behavior must occur for learning to have taken place.

Observational learning can teach completely new behaviors or can affect the frequency of previously learned behaviors. This type of learning can also encourage previously forbidden behaviors. In some cases, observational learning can have an impact on behaviors that are similar to, but not identical to, the ones being modeled. For example, seeing a model excel at playing the piano may motivate an observer to play the saxophone. The observational theory of learning implies that behavior is not simply shaped by immediate consequences, but rather by considering the implications of an action.

Albert Bandura and the Bobo-Doll Experiment

One of the first recorded instances of observational learning in research was the 1961 study performed by Albert Bandura. This experiment demonstrated that children can learn merely by observing the behavior of a social model, and that observing reinforcement of the model’s behavior could affect whether or not a behavior was emulated. Bandura believed that humans are cognitive beings who, unlike animals, are (1) likely to think about the links between their behavior and its consequences, and (2) more likely to be influenced by what they believe will happen than by actual experience.

Results indicated that after viewing the film, when children were left alone in a room with the Bobo doll and props used by the adult aggressor, they imitated the actions they had witnessed. Those in the model-reward and no-consequence conditions were more willing to imitate the aggressive acts than those in the model-punished condition. Further testing indicated that children in each condition had equal amounts of learning, and it was only the motivation factor that kept behaviors from being similar in each condition

Observers have to not only recognize the observed behavior, but also remember it. This process depends on the observer’s ability to code or structure the information so that it is easily remembered.

Observers must be physically and intellectually capable of producing the act. In many cases the observer possesses the necessary responses, but sometimes reproducing the observed actions may involve skills the observer has not yet acquired. You will not be able to become a champion juggler, for example, just by watching someone else do it.

An observer must be motivated to reproduce the actions they have seen. You need to want to copy the behavior, and whether or not you are motivated depends on what happened to the model. If you saw that the model was reinforced for her behavior, you will be more motivated to copy her; this is known as vicarious reinforcement. On the other hand, if you observed the model being punished, you would be less motivated to copy her; this is called vicarious punishment. In addition, the more an observer likes or respects the model, the more likely they are to replicate the model’s behavior. Motivation can also come from external reinforcement, such as rewards promised by an experimenter.

Insight learning occurs when a new behavior is learned through cognitive processes rather than through interactions with the outside world.

Differentiate insight learning from other types of learning

Insight learning was first researched by Wolfgang Kohler (1887–1967). This theory of learning differs from the trial-and-error ideas that were proposed before it. The key aspect of insight learning is that it is achieved through cognitive processes, rather than interactions with the outside world. There is no gradual shaping or trial and error involved; instead, internal organizational processes cause new behavior.

Sultan the Chimpanzee and Insight Learning

Chimpanzees solving problems: Watch this video to see an experiment much like those conducted by Wolfgang Köhler.

Insight Learning versus Other Learning Theories

A basic assumption of strict behaviorism is that only behavior that can be seen may be studied, and that human behavior is determined by conditioning. Insight learning suggests that we learn not only by conditioning, but also by cognitive processes that cannot be directly observed. Insight learning is a form of learning because, like other forms, it involves a change in behavior; however, it differs from other forms because the process is not observable. It can be hard to define because it is not behavioral, a characteristic that distinguishes it from most theories of learning throughout the history of psychology.

Initially, it was thought that learning was the result of reproductive thinking. This means that an organism reproduces a response to a given problem from past experience. Insight learning, however, does not directly involve using past experiences to solve a problem. While past experiences may help the process, an insight or novel idea is necessary to solve the problem. Prior knowledge is of limited help in these situations.

Crows learning through insight: In another experiment, a crow creatively learns to bend a wire to get food out of a jar.

In humans, insight learning occurs whenever we suddenly see a problem in a new way, connect the problem to another relevant problem/solution, release past experiences that are blocking the solution, or see the problem in a larger, more coherent context. When we solve a problem through insight, we often have a so-called aha or eureka moment. The solution suddenly appears, even if previously no progress was being made. Famous examples of this type of learning include Archimedes’s discovery of a method to determine the density of an object (“Eureka!”) and Isaac Newton’s realization that a falling apple and the orbiting moon are both pulled by the same force.

Insight should not be confused with heuristics. A heuristic is a mental shortcut that allows us to filter out overwhelming information and stimuli in order to make a judgement or decision. Heuristics help us to reduce the cognitive burden of the decision-making process by examining a smaller percentage of the information. While both insight and heuristics can be used for problem solving and information processing, a heuristic is a simplistic rule of thumb; it is habitual automatic thinking that frees us from complete and systematic processing of information.

Insight is not a mental shortcut, but instead is a way to arrive at a novel idea through cognitive means. Rather than being habitual or automatic, insight involves coming up with a new idea that does not result from past experience to solve a problem. While heuristics are gradually shaped by experience, insight is not. Instead, internal processes lead to new behavior.