An intellectual disability is a significant limitation in an individual’s cognitive functioning and daily adaptive behaviors.

An intellectual disability is a significant limitation in an individual’s cognitive functioning and daily adaptive behaviors. Disabilities can manifest themselves as limited language, impaired speech, or difficulty performing academically. For many centuries, intellectual disabilities was poorly understood, and so diagnosis and treatment were negligible; until the 2013 release of the DSM-5 (the currently accepted resource for the diagnosis of mental illness), the term “mental retardation” was still in use rather than “intellectual disability.”

Individuals are diagnosed with an intellectual disability if they score below 70 on a measure of intelligence such as the IQ test, which has a mean score of 100. The standard deviation on an IQ test is 15 points, which means that a score of 70 is two standard deviations below the mean, or in the bottom 2.2% of the population. An individual must also display deficits in adaptive functioning; have impairments in at least two areas of functioning, such as self-care, social skills, or living skills; and experience the onset of symptoms before the age of 18 in order to be diagnosed as having an intellectual disability.

Intellectual disabilities are categorized by their severity:

Among the common causes of intellectual disabilities are fetal alcohol syndrome and Down syndrome; other contributing factors include certain genetic disorders and exposures to environmental toxins. In every population there is a small percentage of individuals whose intellectual disability has no known cause.

This spectrum of disorders (FASD) is a group of conditions that can occur in a person whose mother ingested alcohol during pregnancy. Fetal alcohol syndrome (FAS) is the most severe disorder on this spectrum, and it is the leading cause of intellectual disability. This syndrome is caused when alcohol crosses the barrier of the placenta in a pregnant woman and damages the developing brain of the fetus. Alcohol exposure presents a risk of fetal brain damage at any point during a pregnancy, since brain development is ongoing throughout pregnancy. FASD is estimated to affect between 2% and 5% of people in the United States and Western Europe. FAS is believed to occur in between 0.2 and 9 per 1000 live births in the United States.

Down syndrome, also known as trisomy 21, is a genetic disorder caused by the presence of a full or partial third copy of chromosome 21. It is typically associated with physical growth delays, a particular set of facial characteristics and a severe degree of intellectual disability. Down syndrome is one of the most common chromosome abnormalities in humans, occurring in about one per 1000 babies born each year. The average full-scale IQ of young adults with Down syndrome is around 50. 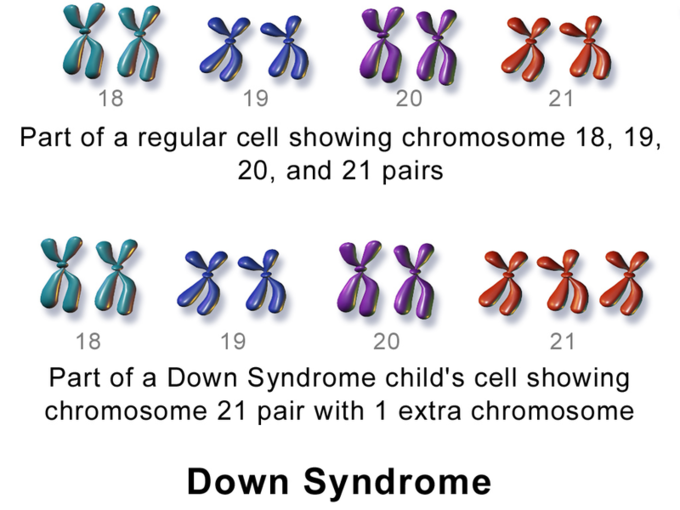 Down Syndrome: Down Syndrome is a genetic disorder caused by the presence of all or part of a third copy of chromosome 21.

Individuals living with intellectual disabilities face both personal and external challenges in life. A child with an intellectual disability may learn to sit up, crawl, walk, and talk later than other children. Individuals with intellectual disabilities may experience difficulty learning social rules, deficits in memory, difficulty with problem solving, and delays in adaptive behaviors (such as self-help or self-care skills). They may also lack social inhibitors. Everyday tasks that most people take for granted, such as getting dressed or eating a meal, may be possible, but they may also take more time and effort than usual. Health and safety can also be a concern; for example, knowing whether it is safe to cross a street could pose a problem for someone with an intellectual disability. The exact combination of challenges varies from one person to another, but it typically involves limitations in both intellectual and daily functioning.

Educators face many challenges when identifying gifted students and deciding how best to educate them.

A child whose cognitive abilities are markedly more advanced than those of his or her peers is considered intellectually gifted. At one time, giftedness was defined based solely upon an individual’s IQ ( intelligence quotient) score. Since that time, the definition for giftedness has become complex, with no consensus on a single definition. A variety of criteria are used to define giftedness, including measures of intelligence, creativity, and achievement, as well as interviews with parents and teachers. Often, the decision of how to identify gifted individuals is left up to school districts. 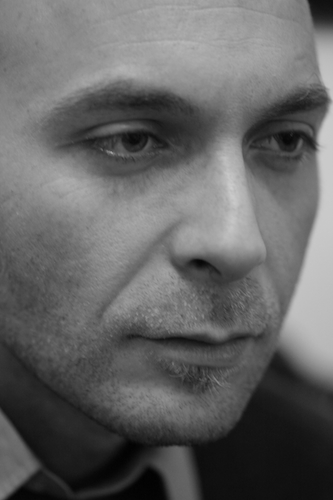 Evangelos Katsioulis: Evangelos Katsioulis is considered to be one of the most intelligent men on Earth, with a Stanford-Binet score of 205. In a normal distribution of scores, this score is expected to occur in only one out of 38 billion people.

Gifted children often learn faster than their peers, and work more independently. Since their academic achievement is advanced, these students may become bored in a traditional classroom setting. This can sometimes lead to behavioral problems or lack of motivation. Schools face the challenge of how to work with gifted students academically to keep them challenged and engaged.

One way schools may handle this issue is to allow a gifted child to skip grades. The advantage to this solution is that the child will be doing coursework that is appropriate to their cognitive level. The potential disadvantages, however, are substantial: younger students will experience physical development later than their grade-level peers and may experience emotional development later as well. This may lead them to feel self-conscious about being different or to be bullied by their peers.

Another solution is to keep the child in the regular classroom but provide additional assignments and an enriched curriculum. In addition to the enriched curriculum, another option might be pull-out programs where the child leaves the classroom during certain times or days for advanced classes. Finally, some school districts create entire gifted classrooms.

Gifted programs can be beneficial to the gifted child by keeping the child engaged in learning. Some programs even offer gifted children college-level credit for advanced placement classes (with a passing grade on an assessment test). These programs can provide the child with opportunities to discover his or her potential.

Gifted programs can also be detrimental to children. By labeling some children as “gifted” and others as “not gifted,” schools can create a self-fulfilling prophecy where those who are not accepted into the program do not perform as well as those who are accepted. The students identified as “not gifted” may believe they are not as intelligent as those who are labeled gifted, and in turn they may not put forth the same effort at school. The Pygmalion effect is a studied phenomenon in which higher expectations lead to better performance; the golem effect is the opposite phenomenon, in which lower expectations lead to lower performance. Teachers who are told their students are gifted will treat them as though they are gifted, which can result in increased performance; teachers who are told their students are “average” may be less patient when those students struggle than they would be if they thought those students were gifted.

Another detriment to gifted programs is that students who are not identified as gifted are denied the benefits of enriched education. Gifted programs vary widely in what they offer, but some involve activities like field trips, talks from scholars, or cultural experiences, like visits to museums. These enrichment activities would benefit all children, not just the gifted.