Gender dysphoria is a controversial diagnosis characterized by a person’s discontent with the sex and gender they were assigned at birth.

Summarize the diagnostic criteria, etiology, and treatment of gender dysphoria

Gender dysphoria, formerly classified as gender identity disorder (GID) in the previous version of the DSM (DSM-IV-TR), is the formal diagnosis used by psychologists and physicians to describe people who experience significant dysphoria (discontent) with the sex and gender they were assigned at birth. Many people who are diagnosed with gender dysphoria identify as transgender, genderfluid, or otherwise gender non-conforming in some way; however not everyone who identifies as transgender or gender non-conforming experiences gender dysphoria.

Symptoms of gender dysphoria in children include discomfort with their genitalia, feeling that they are a different gender than the one they were assigned, social isolation from their peers, anxiety, loneliness, and depression. According to the American Psychological Association, transgender children are more likely to experience harassment and violence in school, foster care, residential treatment centers, homeless centers, and juvenile justice programs than other children. Adults with gender dysphoria are at increased risk for stress, isolation, anxiety, depression, poor self-esteem, and suicide.

In 2013, the diagnosis was renamed from “gender identity disorder” to “gender dysphoria” after criticisms that the former term was stigmatizing. The DSM-5 also moved this diagnosis out of the sexual disorders category and into a category of its own.  In order to be diagnosed with gender dysphoria, a person must experience, for at least 6 months, a noticeable difference between how they experience/express their own gender and the gender which they were assigned at birth. Symptoms related to this may include the expressed desire for others to treat or perceive them as another gender; discomfort with their genitals or sex characteristics; wishing these genitals or sex characteristics were different or aligned with another gender; and/or a strong sense of being another gender despite how others perceive them. This discrepancy must cause significant impairment in social, occupational, school, or daily life functioning.

The diagnosis for children has been separated from that for adults. The creation of a specific diagnosis for children reflects the lesser ability of children to have insight into what they are experiencing, or to express it in the event that they have insight. A post-transition specifier was also added for transgender individuals who have transitioned to their chosen gender (i.e., undergone hormonal or surgical procedures to alter their body in a way that matches their experienced gender identity). This specifier helps to ensure post-transition individuals can continue to receive ongoing hormonal or other treatment as needed.

The previous diagnosis of gender identity disorder (GID) caused a great deal of controversy. Many transgender people and researchers supported the declassification of GID, arguing that the diagnosis pathologizes a natural form of gender variance, reinforces the binary model of gender (i.e., the idea that there are only two genders and that everyone must fit neatly into one of these two genders), and can result in stigmatization of transgender individuals. The official reclassification of gender dysphoria as a disorder in the DSM-5 may help resolve some of these issues, because the term “gender dysphoria” applies only to the discontent experienced by some persons resulting from gender identity issues, rather than suggesting that their identity is disordered.

Advantages and disadvantages exist to classifying gender dysphoria as a disorder, however. Many people argue that the distress associated with gender dysphoria is not caused by any disorder within the individual, but by difficulties encountered from social disapproval of transgender identities and alternative genders. As such, they argue that any form of diagnosis is still stigmatizing and places the ” problem ” unnecessarily on the individual, rather than on society. However, because gender dysphoria is classified as a disorder in the DSM-5, many insurance companies are willing to cover some of the expenses related to sex-reassignment therapy. Without the classification of gender dysphoria as a medical disorder, sex-reassignment therapy may be viewed as cosmetic treatment—rather than medically necessary treatment for many transgender individuals—and thus may not be covered. 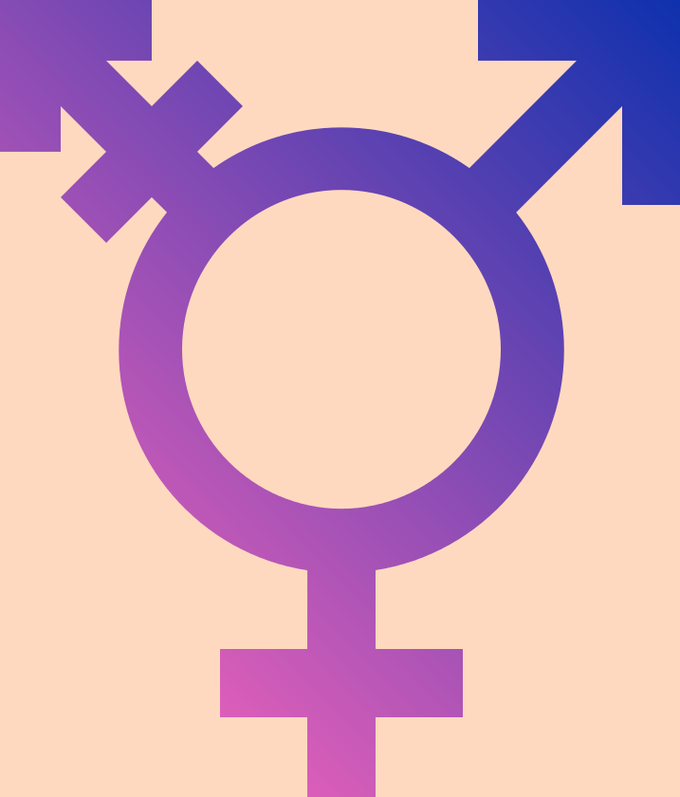 Transgender Pride: While the diagnosis of gender dysphoria may perpetuate stigma against transgender individuals, it may also be a necessary tool for accessing transition-related therapy. The diagnosis remains controversial today.

Gender dysphoria exists when a person suffers discontent due to gender identity, causing them emotional distress. Researchers disagree about the nature of distress and impairment in people with gender dysphoria. Some authors have suggested that people with gender dysphoria suffer because they are stigmatized and victimized by society; if the society was more accepting of transgender identities and non-binary expressions of gender, they would suffer less and/or may not experience dysphoria at all. Other research into genetic variation, hormones, and differences in brain functioning and brain structures suggest evidence for the biological etiology of the symptoms associated with gender dysphoria; however much of this research is preliminary and still controversial.

The current medical approach to treatment for persons diagnosed with gender dysphoria is to support the individual in physically modifying their body to better match their psychological gender identity. This approach is based on the concept that the person’s experience is resulting from a medical problem that is correctable by various forms of medical intervention.

Today, treatment is generally driven by the patient’s desired outcome. It may include psychological counseling to target lifestyle changes (such as changing one’s name and/or gender on legal identity documents, or adopting dress/mannerisms of another gender); it may also include medical interventions such as hormonal treatment, genital surgery, electrolysis or laser hair removal, chest/breast surgery, or other reconstructive surgeries. The goal of treatment may simply be to reduce problems resulting from the person’s gender identity; for example, counseling may focus on reducing internalized guilt or shame resulting from society’s lack of acceptance. Family counseling is often helpful and necessary to help parents, partners, or other family members adjust to the person’s gender identity and any related transition.