Summarize the similarities and differences in diagnostic criteria, etiology, and treatment options among somatic symptom disorders

A somatic symptom disorder, formerly known as a somatoform disorder, is a category of mental disorder included in a number of diagnostic schemes of mental illness, including the recent DSM-5 section Somatic Symptom and Related Disorders. To meet the criteria for this diagnosis, a person must be experiencing physical symptoms that suggest physical illness or injury but that are not explained by medical test results or a diagnosed medical condition.

The diagnosis of somatic symptom disorders is historically rooted in the late 18th century diagnosis of ” hysteria,” which is now considered obsolete. In 1980 the American Psychiatric Association replaced the diagnosis of hysteria in the DSM with more precisely defined conditions and symptoms, such as somatization disorder.

Symptoms of somatic symptom disorders are sometimes similar to those of other illnesses and may last for years. Usually, the symptoms begin appearing during adolescence, and patients are diagnosed before the age of 30. Symptoms may occur across cultures and gender. Other common symptoms include anxiety and depression; however, because anxiety and depression are also very common in persons with confirmed medical illnesses, it remains possible that such symptoms are a consequence of the physical impairment, rather than a cause. Somatic symptom disorders are not the result of conscious malingering (fabricating or exaggerating symptoms for secondary motives) or factitious disorders (deliberately producing, feigning, or exaggerating symptoms)–sufferers perceive their plight as real. Somatic symptom disorder is difficult to diagnose and treat and requires psychiatrists to work with neurologists with this disorder. Those that do not pass the diagnostic criteria for a somatic symptom disorder but still present physical symptoms are usually referred to as having “somatic preoccupation”.

With the 2013 release of the DSM-5, the diagnoses of somatization disorder, hypochondriasis, pain disorder, and undifferentiated somatoform disorder were removed. Their replacement, somatic symptom disorder, has the following criteria for diagnosis: 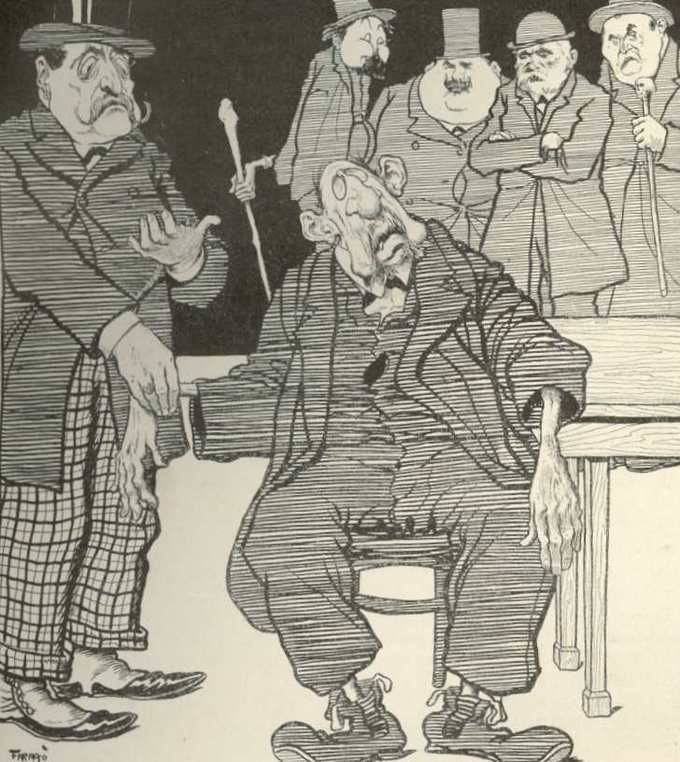 Somatic symptom disorder is a controversial diagnosis. Some psychiatrists argue it is problematic because it is based primarily on negative criteria—that is, on an absence of other explanations. Consequently, any person suffering from a poorly understood physical illness could be seen as fulfilling the criteria for this psychiatric diagnosis. The DSM-5’s somatic symptom disorder brings with it a risk of mislabeling a sizable proportion of the population as mentally ill, which has substantial social consequences.

Although variations on somatic symptom disorder have been studied and diagnosed for more than a century, there is still substantial debate and uncertainty surrounding its pathophysiology. Most current explanations focus on a possible misconnection between the mind and the body. One of the oldest theories proposes that it is a result of the body’s attempt to cope with emotional and psychological stress; another hypothesis is that people with the disorder have heightened sensitivity to internal physical sensations and pain. Cognitive theories explain the disorder as arising from negative, distorted, and catastrophic thoughts and reinforcement of these thoughts. A recent review of cognitive–affective neuroscience research suggests that catastrophization in patients with these disorders tends to correlate with a greater vulnerability to pain.

Currently, cognitive behavioral therapy (CBT) in collaboration with a patient’s primary care physician is the best available treatment for most somatic symptom disorders. CBT aims to help patients realize that their symptoms are not catastrophic and to help them gradually return to activities they previously engaged in without fear of “worsening their symptoms.” Recently, some practitioners have begun treating this disorder with antidepressants, but conclusive evidence of this method’s efficacy has not been found. Electroconvulsive shock therapy (ECT) has been used in treating somatic symptom disorder among the elderly; however, the results were inconclusive, and there are concerns about the side effects of ECT.

A person with factitious disorder deliberately produces, feigns, or exaggerates physical or mental symptoms in themselves or in another.

Summarize the diagnostic criteria, etiology, and treatment of the two types of factitious disorder

In factitious disorder imposed on the self, the affected person exaggerates or creates symptoms of illnesses in themselves to gain examination, treatment, attention, sympathy, and/or comfort from medical personnel. In some extreme cases, people suffering from this disorder are highly knowledgeable about the practice of medicine and are able to produce symptoms that result in lengthy and costly medical analyses, prolonged hospital stays, and unnecessary operations. The role of “patient” is a familiar and comforting one, and it is thought to fill a psychological need in people with this syndrome.

In factitious disorder imposed on another, a caretaker (often a parent) ensures that a person in their care (such as their child, an older adult, or even a pet) will experience some medical affliction, therefore compelling the dependent to suffer treatment for a significant portion of their lives. Furthermore, a disease may actually be initiated in the dependent by the parent or guardian. There is growing consensus in the pediatric community that this disorder should be renamed “medical abuse” to highlight the harm caused by the deception and to make it less likely that a perpetrator can use a psychiatric defense when harm is done. 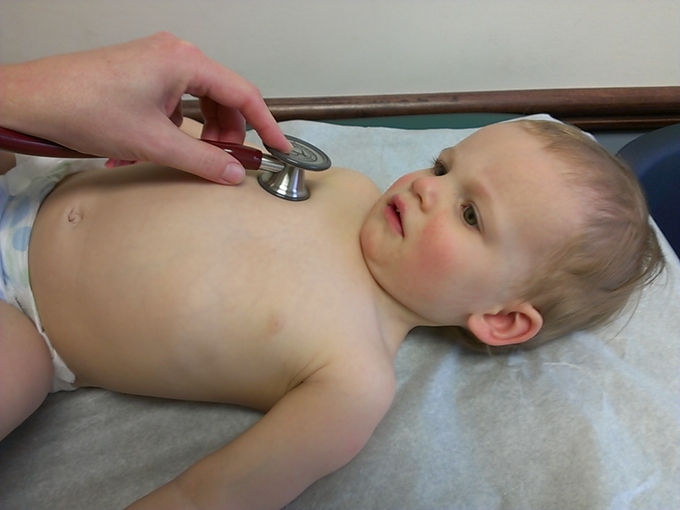 Physical exam of a child: A parent with factitious disorder imposed on another (formerly known as Münchausen syndrome by proxy) will deliberately produce, feign, or exaggerate symptoms in their child. With deception at its core, this behavior is a potentially lethal and frequently misunderstood form of child abuse.

These disorders are distinct from hypochondriasis and other somatic symptom and related disorders in that those with the latter do not intentionally produce their somatic symptoms (i.e., symptoms related to the body). They are also distinct from other psychiatric disorders such as malingering, in that factitious disorders do not fabricate symptoms for material gain such as financial compensation, absence from work, or access to drugs.

The DSM-5 differentiates among two types of factitious disorder:

In order to be diagnosed with either of these forms of factitious disorder, the person must deliberately aim to deceive others by feigning or causing physical or mental symptoms, illness, or injury (in themselves or another). They must continue this deception over time, even with a lack of any apparent reward or benefit from their behavior. Factitious disorders should be distinguished from somatoform disorders, in which the patient is truly experiencing the symptoms and has no intention to deceive. In addition, the symptoms must not be attributed to another mental disorder (such as a psychotic disorder).

Though the etiology of factitious disorders is not well understood, risk factors for developing the disorder include childhood traumas, growing up with parents/caretakers who were emotionally unavailable due to illness or emotional problems, a serious illness as a child, history of working in healthcare and/or failed aspirations to work in the medical field, personality disorders, and low self-esteem. Factitious disorders are more common in men and are often seen in young or middle-aged adults.

Individuals with factitious disorder might be motivated either as a patient or by proxy as a caregiver to obtain attention, nurturance, sympathy, and leniency that often accompany the “sick role” and that are seen as not obtainable any other way. This is in contrast to malingering, in which the patient wishes to obtain external gains such as disability payments or to avoid an unpleasant situation, such as military duty.

Because there is uncertainty in treating suspected factitious disorders, some advocate that medical professionals or doctors first explicitly rule out the possibility that the patient has an early stage disease that is not yet clinically detectable in order to avoid under-treating real illness. If factitious disorder is determined, therapeutic and medical treatment may center on changing the person’s behavior and, in the case of factitious disorder imposed on another, ensuring the safety of any dependents who are being unnecessarily subjected to medical treatment. Various types of psychotherapy, such as cognitive-behavioral therapy, may be used to help modify the patient’s thinking or behavior; family therapy may also be used to address problematic family dynamics. If an underlying mood or personality disorder is detected, that disorder should be treated with the appropriate psychotherapy and/or medication.