Summarize the similarities and differences in diagnostic criteria, etiology, and treatment options among substance-use and addictive disorders

Substance use disorder combines the previous DSM-IV-TR categories of “substance abuse” and “substance dependence” into a single disorder, measured on a diagnostic continuum from mild to severe. Each specific substance is addressed as a separate use disorder, such as alcohol or stimulants. Other substances include opioids, sedatives, cocaine, cannabis, amphetamines, inhalants, and nicotine.

Addiction is the continued repetition of a behavior despite adverse consequences, or a neurological impairment leading to such behaviors. Addictions can include, but are not limited to, substance abuse, exercise addiction, food addiction, sexual addiction, computer addiction and gambling. Classic hallmarks of addiction include impaired control over substances or behavior, preoccupation with substance or behavior, continued use despite consequences, and denial. Habits and patterns associated with addiction are typically characterized by immediate gratification (short-term reward), coupled with delayed deleterious effects (long-term costs).

Physiological dependence occurs when the body has to adjust to the substance by incorporating the substance into its ‘normal’ functioning. This state creates the conditions of tolerance and withdrawal. Tolerance is the process by which the body continually adapts to the substance and requires increasingly larger amounts to achieve the original effects. Withdrawal refers to physical and psychological symptoms experienced when reducing or discontinuing a substance that the body has become dependent on. Symptoms of withdrawal generally include but are not limited to anxiety, irritability, intense cravings for the substance, nausea, hallucinations, headaches, cold sweats, and tremors. Chemical and hormonal imbalances may arise. Physiological and psychological stress is to be expected if the substance is not re-introduced. 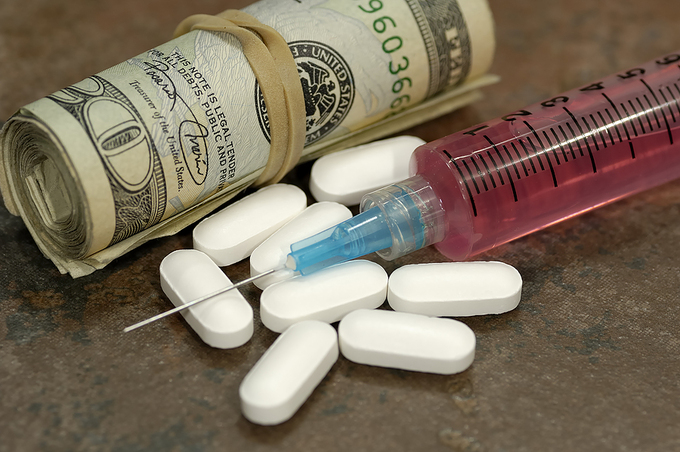 Most countries have legislation which makes various drugs and drug-like substances illegal. Although the legislation may be justifiable on moral grounds to some, it can make addiction or dependency a much more serious issue for the individual. Reliable supplies of a drug become difficult to secure as illegally produced substances may have contaminants. Withdrawal from the substances or associated contaminants can cause additional health issues, and the individual becomes vulnerable to both criminal abuse and legal punishment.

Problem gambling or gambling addiction is an urge to continuously gamble despite harmful negative consequences or a desire to stop. Severe problem gambling may be diagnosed as clinical pathological gambling if the gambler meets certain criteria and is associated with both social and family costs.

The DSM-5 has re-classified the condition as an addictive disorder, with sufferers exhibiting many similarities to those who have substance addictions. In order to be diagnosed, an individual must have at least four of the following symptoms in a 12-month period:

Several theories of substance use and addiction exist, some of the main ones being genetic predisposition, the self-medication theory, a psychological predisposition, and factors involved with social/economic development. It has long been established that genetic factors along with social and psychological factors are contributors to substance use and addiction. Epidemiological studies estimate that genetic factors account for 40–60% of the risk factors for alcoholism. Similar rates of heritability for other types of drug addiction have been indicated by other studies. Genetic factors may create a predisposition for substance abuse, which means that an individual may have a tendency toward substance abuse. The self-medication hypothesis suggests that certain individuals abuse drugs in an attempt to self-medicate physical, psychological problems, or social problems. There are strong associations between poverty and addiction.

Understanding how learning and behavior work in the reward circuit of the brain can help in understanding drug-seeking behavior and addiction. Drug addiction is characterized by strong, drug-seeking behaviors in which the person who is addicted persistently craves and seeks out drugs, despite the knowledge of harmful consequences. Addictive drugs produce a reward, which is the euphoric feeling resulting from sustained dopamine concentrations in the synaptic cleft of neurons in the brain. The reward circuit, also referred to as the mesolimbic system, is characterized by the interaction of several areas of the brain.

According to the Illinois Institute for Addiction Recovery, evidence indicates that pathological gambling is an addiction similar to chemical addiction. It has been seen that some pathological gamblers have lower levels of norepinephrine than normal gamblers. According to a study conducted by Alec Roy, formerly at the National Institute on Alcohol Abuse and Alcoholism, norepinephrine is secreted under stress, arousal, or thrill, so pathological gamblers gamble to make up for their under-dosage. Deficiencies in serotonin might also contribute to compulsive behavior, including a gambling addiction. Others argue that social factors are far more important determinants of gambling behavior than brain chemicals and suggest that a social model may be more useful in understanding the issue.

Early treatment of acute withdrawal from substances often includes medical detoxification, in which a person goes through the process and experience of withdrawal symptoms while discontinuing a drug. A detoxification program for physical dependence does not necessarily address the precedents of addiction, social factors, psychological addiction, or the often-complex behavioral issues that intermingle with addiction.