Theories of Crime and Deviance

Sociological theories of deviance are those that use social context and social pressures to explain deviance.

The study of social deviance is the study of the violation of cultural norms in either formal or informal contexts. Social deviance is a phenomenon that has existed in all societies with norms. Sociological theories of deviance are those that use social context and social pressures to explain deviance.

Four main sociological theories of deviance exist. The first is the social strain typology developed by American sociologist Robert K. Merton. Merton proposed a typology of deviant behavior, a classification scheme designed to facilitate understanding. Merton typology of deviance was based on two criteria: (1) a person’s motivations or adherence to cultural goals; (2) a person’s belief in how to attain her goals. According to Merton, there are five types of deviance based upon these criteria: conformity, innovation, ritualism, retreatism and rebellion. Merton’s typology is fascinating because it suggests that people can turn to deviance in the pursuit of widely accepted social values and goals. For instance, individuals in the U.S. who sell illegal drugs have rejected the culturally acceptable means of making money, but they still share the widely accepted cultural value of making money. Thus, deviance can be the result of accepting one norm, but breaking another in order to pursue the first.

The second main sociological explanation of deviance comes from structural functionalism. This approach argues that deviant behavior plays an active, constructive role in society by ultimately helping to cohere different populations within a particular society. Deviance helps to distinguish between acceptable and unacceptable behavior. It draws lines and demarcates boundaries. This is an important function that affirms the cultural values and norms of a society for the members of that society. In addition to clarifying the moral boundaries of society, deviant behavior can also promote social unity by creating an “us-versus-them” mentality in relation to deviant individuals. Finally, deviance is actually seen as one means for society to change over time. Deviant behavior can imbalance the social equilibrium but—in the process of restoring balance—society will adjust norms. With changing norms in response to deviance, the deviant behavior can contribute to long-term social stability. 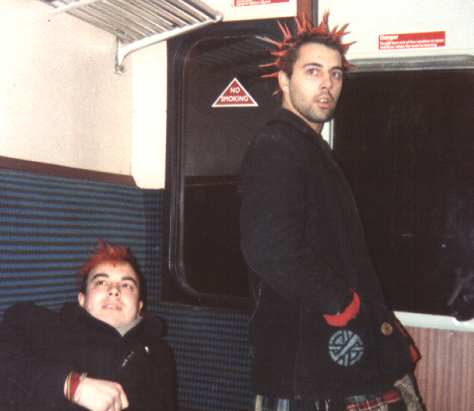 Punks: Labeling theory argues that people, such as punks, become deviant as a result of people forcing that identity upon them and then adopting the identity.

The third main sociological theory of deviance is conflict theory. Conflict theory suggests that deviant behaviors result from social, political, or material inequalities of a social group. In response to these inequalities, certain groups will act deviantly in order to change their circumstances, change the social structure that engendered their circumstances, or just to “act out” against their oppressors. An example of conflict theory would be the Occupy Wall Street movement that began in the fall of 2011. Angered at the extreme inequalities in wealth distribution in the United States, protesters began to organize more communal ways of living in Zucotti Park—near Wall Street in New York City—in order to protest the lavish means of life of those at the top of the socioeconomic ladder. The protesters were deviating from social norms of coherence in order to articulate grievances against the extremely wealthy. Their actions and perspectives demonstrate the use of conflict theory to explain social deviance.

The fourth main sociological theory of deviance is labeling theory. Labeling theory refers to the idea that individuals become deviant when a deviant label is applied to them; they adopt the label by exhibiting the behaviors, actions, and attitudes associated with the label. Labeling theory argues that people become deviant as a result of others forcing that identity upon them. This process works because of stigma; in applying a deviant label, one attaches a stigmatized identity to the labeled individual.

Labeling theory allows us to understand how past behaviors of a deviant-labeled individual are reinterpreted in accordance with their label. This process of recasting past actions in light of a current deviant identity is referred to as “retrospective labeling. ” A clear example of retrospective labeling is seen in how the perpetrators of the Columbine High School massacre were recast after the incident took place. Much of their behavior leading up to the school shootings has been reinterpreted in light of the deviant identity with which they were labeled as a result of the shootings.

A biological theory of deviance proposes that an individual deviates from social norms largely because of their biological makeup.

Outline the main assumptions of three biological theories of deviance

A biological theory of deviance proposes that an individual deviates from social norms largely because of their biological makeup. The theory primarily pertains to formal deviance, using biological reasons to explain criminality, though it can certainly extend to informal deviance.

A biological interpretation of formal deviance was first advanced by the Italian School of Criminology, a school of thought originating from Italy during the mid-nineteenth century. The school was headed by medical criminologist Cesare Lombroso, who argued that criminality was a biological trait found in some human beings. Enrico Ferri and Raffaelo Garofalo continued the Italian School as Lombroso’s predecessors. The Italian School was interested in why some individuals engaged in criminal behavior and others did not. Their explanation was that some individuals had a biological propensity for crime.

The term Lombroso used to describe the appearance of organisms resembling ancestral forms of life is atavism. He belived that atavism was a sign of inherent criminalities, and thus he viewed born criminals as a form of human sub-species. Lombroso believed that atavism could be identified by a number of measurable physical stigmata—a protruding jaw, drooping eyes, large ears, twisted and flattish nose, long arms relative to the lower limbs, sloping shoulders, and a coccyx that resembled “the stump of a tail. ” The concept of atavism was glaringly wrong, but like so many others of his time, Lombroso sought to understand behavioral phenomena with reference to the principles of evolution as they were understood at the time.

Lombroso’s work was continued by Erico Ferri’s study of penology, the section of criminology that is concerned with the philosophy and practice of various societies in their attempt to repress criminal activities. Ferri’s work on penology was instrumental in developing the “social defense” justification for the detention of individuals convicted of crimes. Ferri argued that anyone convicted of a crime should be detained for as long as possible. According to Ferri’s line of thought, if individuals committed crimes because of their biological constitution, what was the point of deterrence or rehabilitation? For Ferri, none of these therapeutic interventions could change the offender’s biology, making them pointless. After an individual had been convicted of a crime, the state ‘s responsibility was to protect the community and prevent the criminal from doing more harm—as his biology determined he would do.

A human universal is a trait, characteristic, or behavior that exists across cultures, regardless of the nuances of a given context. A famous example of a universal is the incest taboo. Exempting a very small number of small communities, all human cultures have a taboo against incest in some form. Garofalo’s presentaion of crime as a violation of a human universal allows for one to characterize criminals as unnatural. As soon as criminals are marked as inhuman or unnatural, the public has license to think of an individual convicted of a crime as completely unlike the rest of society; a whole new range of punishments are authorized, including serious social stigmatization.

Italian School biological explanations have not resonated in criminal justice systems in America. However, some traces still exist. Now, the conversation about crime and biological explanations focuses more on the relationship between genetics and crime than the relationship between phenotypic features and crime. Because the modern emphasis is on actual genetics rather than phenotypic expressions of genes, stereotyping of individuals with “criminal” traits or propensities is more difficult. For example, when walking down the street, you can tell who has a protruding jaw, but you can’t tell who has the genetic combination that increases one’s propensity for aggression. Though the debate has mutated, a biological explanation for deviance and crime is still commonplace. 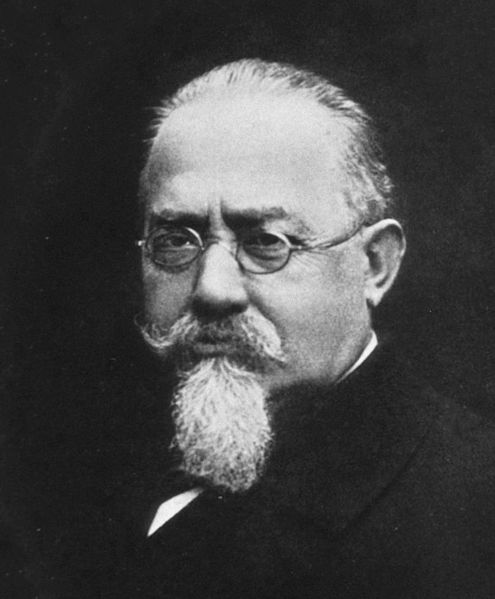 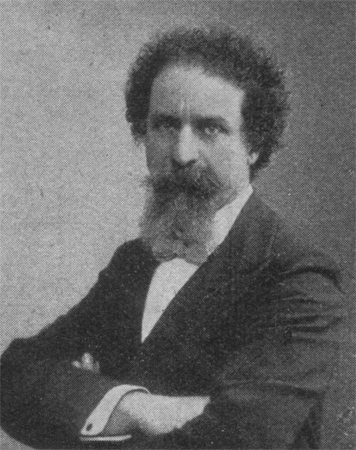 Enrico Ferri: Lombroso’s work was continued by Erico Ferri’s study of penology, the section of criminology that is concerned with the philosophy and practice of various societies in their attempt to repress criminal activities.

Psychological theories of deviance use a deviant’s psychology to explain his motivation or compulsion to violate social norms.

Discuss the problematic aspects of psychological theories of deviance

One case study of a psychological theory of deviance is the case of conduct disorder. Conduct disorder is a psychological disorder diagnosed in childhood that presents itself through a repetitive and persistent pattern of behavior in which the basic rights of others and major age-appropriate norms are violated. This childhood disorder is often seen as the precursor to antisocial personality disorder. According the Diagnostic and Statistical Manual of Mental Disorders–IV (the professional manual listing all medically recognized mental disorders and their symptoms), conduct disorder presents as aggressive and disrespectful behavior. Compared to normal controls, youth with early and adolescent onset of conduct disorder displayed reduced responses in the brain regions associated with antisocial behavior. In addition, youth with conduct disorder demonstrated less responsiveness in the orbitofrontal regions of the brain during a stimulus-reinforcement and reward task. These psychological symptoms of conduct disorder, both in terms of neuroanatomy and neurotransmitter regulation, help to explain the explanatory link between psychology and crime. Moreover, they demonstrate the increasingly fluid boundary between psychological and biological theories of deviance. 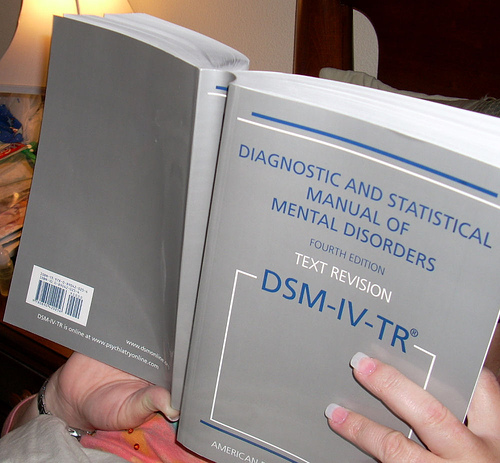 Psychological theories of deviance do not necessarily have a biological element. Deviant behavior can also be explained by psychological trauma in one’s past. Take, for example, the case of post-traumatic stress disorder (PTSD). This is a psychological condition in which a traumatic incident in one’s past causes an individual to have abnormal reactions to stimuli. PTSD is frequently invoked in cases of child abuse, in which the psychological trauma of having been abused as a child can contribute to deviant behavior in the future. PTSD is also discussed in cases of deviant, violent behavior on the part of individuals who have experienced trauma while in the military. Consider the case of Sergeant Robert Bales. Sgt. Bales is an American soldier who has served four tours in Iraq and Afghanistan over the past decade. Sgt. Bales is accused of getting drunk and going into a town nearby his post in Afghanistan and murdering 16 Afghanis without provocation. Experts are already speculating that the psychological trauma of multiple redeployments contributed to Sgt. Bales’s alleged deviance.

Problems with Psychological Theories of Deviance 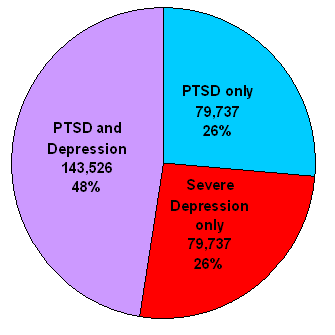 PTSD Statistics: Cases of PTSD and Severe Depression Among U.S. Veterans Deployed to Iraq and Afghanistan Between Oct 2001 and Oct 2007