Discuss ecological fallacy in terms of aggregate versus individual inference and give specific examples of its occurrence.

Confusion Between Groups and Individuals

Choosing Between Aggregate and Individual Inference

Running regressions on aggregate data is not unacceptable if one is interested in the aggregate model. For instance, as a governor, it is correct to make inferences about the effect the size of a police force would have on the crime rate at the state level, if one is interested in the policy implication of a rise in police force. However, an ecological fallacy would happen if a city council deduces the impact of an increase in the police force on the crime rate at the city level from the correlation at the state level.

A striking ecological fallacy is Simpson’s paradox, diagramed in. Simpson’s paradox refers to the fact, when comparing two populations divided in groups of different sizes, the average of some variable in the first population can be higher in every group and yet lower in the total population.

A third example of ecological fallacy is when the average of a population is assumed to have an interpretation in terms of likelihood at the individual level.

For instance, if the average score of group A is larger than zero, it does not mean that a random individual of group A is more likely to have a positive score. Similarly, if a particular group of people is measured to have a lower average IQ than the general population, it is an error to conclude that a randomly selected member of the group is more likely to have a lower IQ than the average general population. Mathematically, this comes from the fact that a distribution can have a positive mean but a negative median. This property is linked to the skewness of the distribution.

If we pick two people at random from A and B, there are 4 possible outcomes:

Correlation is Not Causation

The conventional dictum “correlation does not imply causation” means that correlation cannot be used to infer a causal relationship between variables.

Recognize that although correlation can indicate the existence of a causal relationship, it is not a sufficient condition to definitively establish such a relationship

In a widely studied example, numerous epidemiological studies showed that women who were taking combined hormone replacement therapy (HRT) also had a lower-than-average incidence of coronary heart disease (CHD), leading doctors to propose that HRT was protective against CHD. But randomized controlled trials showed that HRT caused a small but statistically significant increase in risk of CHD. Re-analysis of the data from the epidemiological studies showed that women undertaking HRT were more likely to be from higher socio-economic groups with better-than-average diet and exercise regimens. The use of HRT and decreased incidence of coronary heart disease were coincident effects of a common cause (i.e. the benefits associated with a higher socioeconomic status), rather than cause and effect, as had been supposed.

As with any logical fallacy, identifying that the reasoning behind an argument is flawed does not imply that the resulting conclusion is false. In the instance above, if the trials had found that hormone replacement therapy caused a decrease in coronary heart disease, but not to the degree suggested by the epidemiological studies, the assumption of causality would have been correct, although the logic behind the assumption would still have been flawed.

For any two correlated events A and B, the following relationships are possible:

In this type of logical fallacy, one makes a premature conclusion about causality after observing only a correlation between two or more factors. Generally, if one factor (A) is observed to only be correlated with another factor (B), it is sometimes taken for granted that A is causing B, even when no evidence supports it. This is a logical fallacy because there are at least five possibilities: 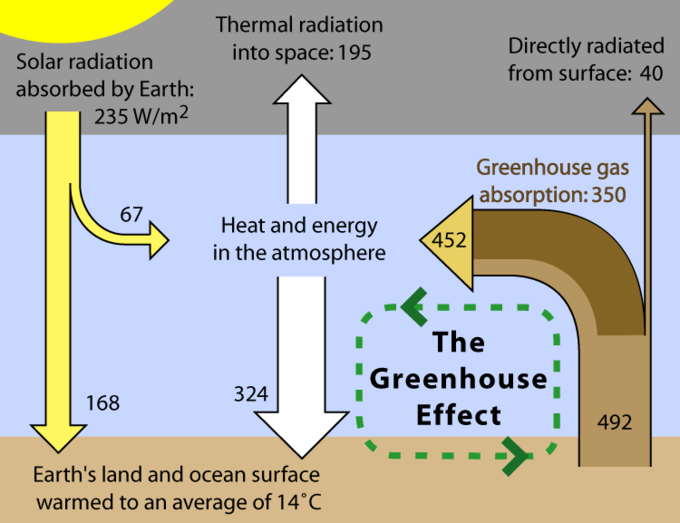 Greenhouse Effect: The greenhouse effect is a well-known cause-and-effect relationship. While well-established, this relationship is still susceptible to logical fallacy due to the complexity of the system.