Conclusion: The Establishment of Federalism

Conclusion: The Establishment of Federalism

While the early U.S. government was dominated by the ideals of Federalism, the development of political parties saw the rise of Democratic-Republican ideals.

The Rise of Political Parties

The early 1790s witnessed the rise of two political parties: the Federalists and the Democratic-Republicans. Federalists largely supported the 1787 Constitution and advocated for a strong, centralized national government, while Democratic-Republicans were opposed to such a strong central government and favored states’ rights. After the U.S. Constitution was ratified, the new U.S. government was largely dominated by Federalists, including President Washington, who made clear their intent to use the federal government to stabilize the national economy and overcome the financial problems that had plagued it since the 1780s.

Opinions on Democracy and the Role of Government

Though the Revolutionary War had resulted in British rule being overthrown in the United States, supporters of the 1787 federal constitution, known as Federalists, adhered to a decidedly British notion of social hierarchy. For them, political participation continued to be linked to property rights, which barred many citizens from voting or holding office. Federalists did not believe the war had changed the traditional social roles between women and men, or between whites and other races. They did believe in clear distinctions in rank and intelligence. To these supporters of the Constitution, the idea that all were equal appeared ludicrous. Women, blacks, and native peoples, they argued, had to know their place as secondary to white male citizens. Attempts to impose equality, they feared, would destroy the republic. The United States was not created to be a democracy.

The rival political factions were largely divided by the financial programs of Secretary of the Treasury Alexander Hamilton, and this debate exposed contrasting views of the proper role of the federal government. By championing Hamilton’s bold financial program, Federalists supported the role of a strong national government in stabilizing the economy. 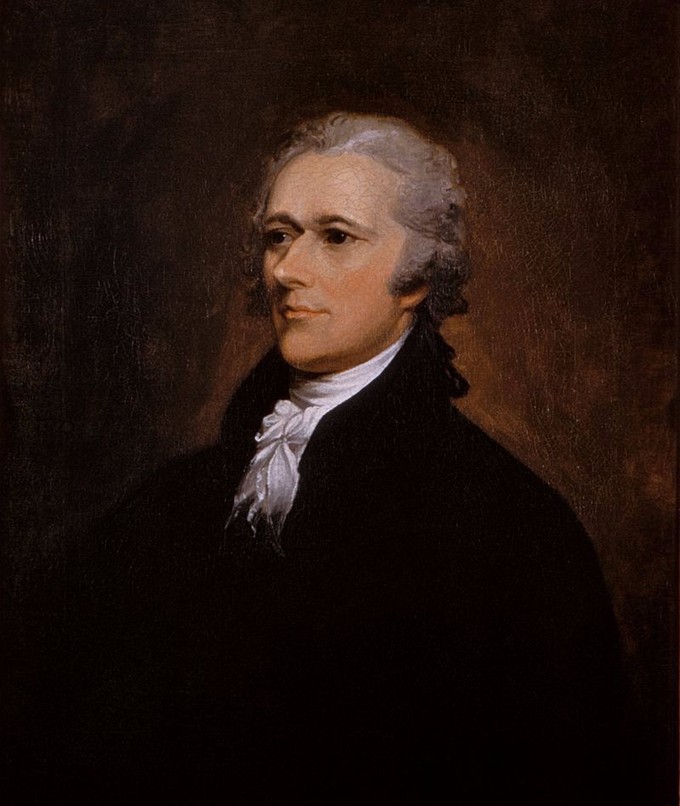 The new Federalist Congress passed its first major piece of legislation by placing a duty on imports under the 1789 Tariff Act. Intended to raise revenue to address the country’s economic problems, the act was a victory for Federalists who favored a robust, powerful federal government. Congress also placed a fifty-cent-per-ton duty (based on materials transported, not the weight of a ship) on foreign ships coming into American ports, a move designed to give the commercial advantage to American ships and goods.

Anti-Federalists, who later evolved into the Democratic-Republican political party, opposed the 1787 Constitution because it seemed to propose a dangerous concentration of centralized power that threatened the rights and liberties of ordinary U.S. citizens. They demanded protection for individual rights, and several states made the passing of a bill of rights a condition of their acceptance of the Constitution.

Federalists followed through on their promise to add such a bill in 1789, when Virginia Representative James Madison introduced and Congress approved the Bill of Rights. Adopted in 1791, the bill consisted of the first ten amendments to the Constitution and outlined many of the personal rights state constitutions already guaranteed. The adoption of the Bill of Rights softened the Anti-Federalists’ opposition to the Constitution. It also gave the federal government greater legitimacy among those who otherwise distrusted the new centralized power created by men of property during the secret 1787 Philadelphia Constitutional Convention.

Opposition from the Democratic-Republicans

Political divisions quickly became apparent during the Federalist period, and members of the Democratic-Republican opposition denounced the expanded role of the new national government. They argued that the Constitution did not permit the treasury secretary’s expansive program and worried that the new national government had assumed powers it did not rightfully possess.

James Madison and Thomas Jefferson, two prominent Democratic-Republicans, felt that the federal government had overstepped its authority by adopting Hamilton’s financial plan. Madison argued that such a plan turned the reins of government over to the class of speculators who profited at the expense of hardworking citizens. Jefferson believed that self-sufficient, property-owning republican citizens or farmers held the key to the success and longevity of the American republic. To him, Hamilton’s program seemed to encourage economic inequalities.

Many Democratic-Republicans felt that the domestic policies of the Washington administration were designed to enrich the few while ignoring the majority. Democratic-Republicans championed limited government, reflecting on how the distant, overbearing, and seemingly corrupt British Parliament had attempted to impose its will on the colonies in the 1760s and 1770s. The 1787 federal constitution, written in secret by fifty-five wealthy men of property and standing, ignited fears of a similar menacing plot. To opponents, the Federalists promoted aristocracy and a monarchical government and represented a betrayal of what many fought for during the Revolutionary War.

The election of 1796 was highly divisive between the two political parties. After a close race, Federalist John Adams became the second president of the United States, while Democratic-Republican Thomas Jefferson became vice president. This was the first and only time in history the executive branch would be split between two opposing parties.

The Revolution of 1800 refers to the first transfer of power from one party to another in American history, when the presidency passed to Democratic-Republican Thomas Jefferson in the election of 1800. The peaceful transition calmed contemporary fears about possible violent reactions to a new party taking the reins of government. The passing of political power from one political party to another without bloodshed also set an important precedent. The election did prove even more divisive than the 1796 election, however, as both the Federalist and Democratic-Republican Parties waged a mudslinging campaign unlike any seen before. Because the Federalists were badly divided, the Democratic-Republicans gained political ground. After their defeat in the election, the Federalists slowly declined.