Conclusion: Trends of the Gilded Age

Conclusion: Trends of the Gilded Age

The period between 1870 and 1900 in the United States is known as the “Gilded Age” and was characterized by economic and industrial growth, increased political participation, immigration, and social reform.

The Gilded Age in U.S. history was an era in the late nineteenth century, from the 1870s to about 1900. The term for this period came into use in the 1920s and 1930s and was derived from writer Mark Twain’s 1873 work, The Gilded Age: A Tale of Today, which satirized an era of serious social problems masked by a thin gold gilding. The early half of the Gilded Age roughly coincided with the middle portion of the Victorian era in Britain and the Belle Époque in France. 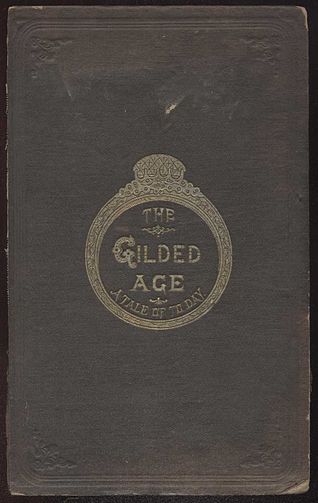 The Gilded Age was an era of rapid economic growth, especially in the North and West. As American wages were much higher than those in Europe, especially for skilled workers, the period saw an influx of millions of European immigrants. The rapid expansion of industrialization led to real wage growth of 60 percent between 1860 and 1890, spread across the ever-increasing labor force. The average annual wage per industrial worker (including men, women, and children) rose from $380 in 1880 to $564 in 1890, a gain of 48 percent. However, the Gilded Age was also an era of abject poverty and inequality as millions of immigrants—many from impoverished European nations—poured into the United States, and the high concentration of wealth became more visible and contentious.

Railroads were the major industry, with the manufacturing, mining, and finance increasing in importance. Immigration from Europe and the eastern states led to the rapid growth of the West, based on farming, ranching, and mining. Labor unions became important in the very rapidly growing industrial cities. Two major nationwide depressions—the Panic of 1873 and the Panic of 1893—interrupted growth and caused social and political upheavals. The South after the Civil War remained economically devastated; its economy became increasingly tied to cotton and tobacco production, which suffered from low prices. With the end of the Reconstruction era in 1877, black people in the South were stripped of political power and voting rights and were left economically disadvantaged.

The political landscape was notable in that despite some corruption, turnout was very high and national elections saw two evenly matched parties. The dominant issues were cultural (especially regarding prohibition, education, and ethnic or racial groups), and economic (tariffs and money supply). With the rapid growth of cities, political machines increasingly took control of urban politics. Unions crusaded for the eight-hour working day and the abolition of child labor; middle-class reformers demanded civil service reform, prohibition, and women’s suffrage. Local governments across the North and West built public schools chiefly at the elementary level; public high schools started to emerge. The numerous religious denominations were growing in membership and wealth, with Catholics achieving the largest numbers. They all expanded their missionary activity to the world arena. Catholics and Lutherans set up parochial schools, and the larger denominations set up numerous colleges, hospitals, and charities.

Women in the Gilded Age

During the Gilded Age, many new social movements took hold in the United States. Many women abolitionists who were disappointed that the Fifteenth Amendment did not extend voting rights to them, remained active in politics, this time focusing on issues important to them. Reviving the temperance movement from the Second Great Awakening, many women joined the Women’s Christian Temperance Union (WCTU) in an attempt to bring morality back to America. Its chief leader was Frances Willard (1839–1898), who had a national and international outreach from her base in Evanston, Illinois. Often the WCTU women took up the issue of women’s suffrage, which had lain dormant since the Seneca Falls Convention. With leaders such as Susan B. Anthony, the National American Woman Suffrage Association (NAWSA) was formed in order to secure the right of women to vote.

Many young women worked as servants or in shops and factories until marriage, and then typically became full-time housewives. However, black, Irish, and Swedish adult women often worked as servants. In most large Northern cities, the Irish Catholic women dominated the market for servants. Heavy industry was a male domain, but in light industries such as textiles and food processing, large numbers of young women were hired. Thousands of young unmarried Irish and French Canadian women worked in Northeastern textile mills. For women coming from poor families, these jobs meant upward social mobility, more money, and more social prestige that made them more attractive marriage partners.

Science also played an important part in social thought as the work of Charles Darwin became popular. Following Darwin’s idea of natural selection, English philosopher Herbert Spencer proposed the idea of social Darwinism. This new concept justified the stratification of the wealthy and poor, and it was in this proposal that Spencer coined the term “survival of the fittest.”

Joining Spencer was Yale University professor William Graham Sumner whose book What Social Classes Owe to Each Other (1884) argued that assistance to the poor actually weakens their ability to survive in society. Sumner argued for a laissez-faire and free-market economy. Few people, however, agreed with the social Darwinists, because they ridiculed religion and denounced philanthropy.

Henry George proposed a “single tax” in his book Progress and Poverty. The tax would be leveled on the rich and poor alike, with the excess money collected used to equalize wealth and level out society.

The Norwegian American economist Thorstein Veblen argued in The Theory of the Leisure Class (1899) that the, “conspicuous consumption and conspicuous leisure” of the wealthy had become the basis of social status in America.