Divisions in the Republican Party

John Randolph and the Old Republicans

When Virginia congressman John Randolph broke with Jefferson in 1806, his political faction became known as the “Old Republicans,” or “quids.”

Virginia congressman John Randolph of Roanoke was the leader of the ” Old Republican ” faction of Democratic-Republicans that insisted on a strict adherence to the Constitution and opposed any innovations. He summarized Old Republican principles as the following: “love of peace, hatred of offensive war, jealousy of the state governments toward the general government, a dread of standing armies, a loathing of public debts, taxes, and excises; tenderness for the liberty of the citizen; jealousy, Argus-eyed jealousy of the patronage of the President.”

John Randolph was a planter and a congressman from Virginia, serving in the House of Representatives and the Senate, and also as minister to Russia throughout his career. 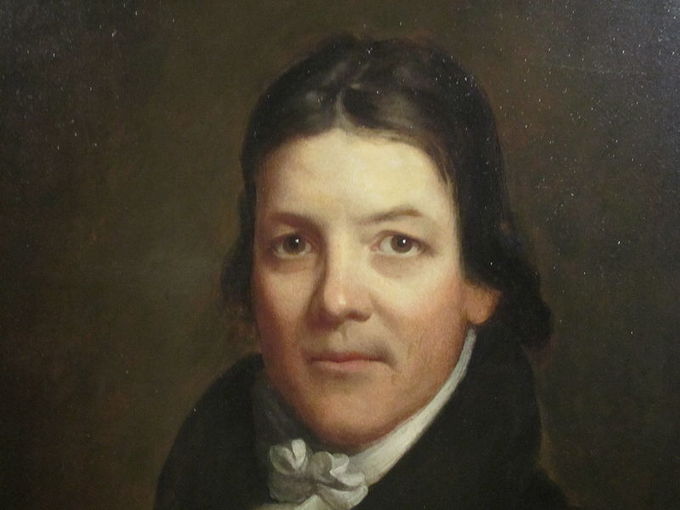 John Randolph: Photograph at the National Portrait Gallery in Washington of John Randolph of Roanoke, VA.

Randolph was committed to republicanism and advocated for a commercial agrarian society throughout his three decades in Congress. His conservative stance, which was well-displayed in his arguments against debt and for the rights of the landed gentry, has been attributed to his ties to his family estate and the elitist values of his home in Southside Virginia. Randolph, who vehemently opposed the War of 1812 and the Missouri Compromise of 1820, was active in debates about tariffs, manufacturing, and currency. With mixed feelings about slavery, he was one of the founders of the American Colonization Society in 1816, which aimed to send free blacks to a colony in Africa. While opposed to the slave trade, Randolph remained dependent on hundreds of slaves to work his tobacco plantation. In his will, he provided for their manumission and resettlement in Ohio.

Followers of Randolph enjoyed both his fiery character and his lively electioneering methods. Randolph appealed directly to yeomen farmers, using entertaining and enlightening oratory, sociability, and a community of interest—particularly in agriculture—that led to an enduring voter attachment to him, regardless of his personal deficiencies. His defense of limited government continued to appeal to modern and contemporary conservatives, most notably Russell Kirk (1918–1994).

After serving as President Thomas Jefferson’s spokesman in the House, Randolph broke with Jefferson in 1806 and became the leader of the Old Republicans, also known as “quids.” This faction of of the Democratic-Republican party was an extreme vanguard of states’ rights who wanted to restrict the role of the federal government. The group called for a return to the Principles of 1798 and renounced what it saw as creeping nationalism. Specifically, Randolph promoted the proclamation from the Principles that declared that individual states could judge the constitutionality of central government laws and decrees and could refuse to enforce laws deemed unconstitutional.

Randolph made no effort to build a third party at the federal level. He supported James Monroe against Madison during the run up to the presidential election of 1808 and denounced the Yazoo Purchase compromise of 1804 as totally corrupt. He refused to help fund Jefferson’s secret purchase of Florida from Spain. Increasingly, Randolph felt that Jefferson was adopting Federalist policies and betraying the true party spirit. 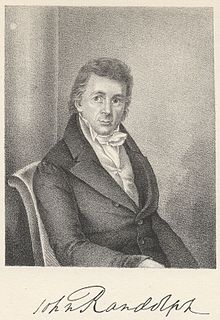 Other “quid” factions existed in other states, and many had little or no connection at the federal level. The term was first used in 1804, referring to moderates in Pennsylvania and especially a faction of the Democratic-Republican party calling itself “The Society of Constitutional Republicans.” Between 1801 and 1806, rival factions of Jeffersonian Republicans in Philadelphia engaged in intense public debate and vigorous political competition that pitted radical democrats against moderates, who defended the traditional rights of the propertied classes. The radicals, led by William Duane, publisher of the Jeffersonian publication the Aurora, pushed for legislative reforms that would increase popular representation and the power of the poor and laboring classes. Moderates successfully outmaneuvered their radical opponents and kept the Pennsylvania legislature friendly to emergent liberal capitalism.

In New York state, the term “quid” was applied to the Democratic-Republican faction that remained loyal to Governor Morgan Lewis after he was repudiated by the Republican majority led by DeWitt Clinton. The New York and Pennsylvania “quid” factions had no connection with one other at the federal level; both supported President Thomas Jefferson.

The Burr Conspiracy was a suspected act of treason led by former U.S. Vice President Aaron Burr to take possession of the Texas Territory.

The Burr Conspiracy of 1807 was a suspected act of treason among planters, politicians, and army officers led by former U.S. Vice President Aaron Burr. According to the accusations against him, Burr’s goal was to create an independent nation in the center of North America and/or in the American Southwest and parts of Mexico. Burr’s defense was that he wanted to take possession of and farm 40,000 acres in the Texas Territory leased to him by the Spanish. When the expected war with Spain broke out, he would fight with his armed “farmers” to seize and conquer land.

U.S. President Thomas Jefferson and others had Burr arrested and indicted for treason despite having no firm evidence. Burr’s true intentions are still unclear to historians. Burr was acquitted of treason, but the trial destroyed his already faltering political career. 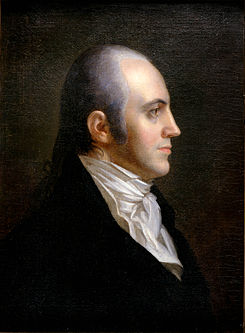 Contacts with the British

In 1804, while Burr was still vice president, he met with Anthony Merry, the British minister to the United States. As Burr told several of his colleagues, he suggested to Merry that the British might regain power in the Southwest if they contributed guns and money to his expedition. Burr offered to detach Louisiana from the Union in exchange for a half a million dollars and a British fleet in the Gulf of Mexico. However, this never came to fruition, and Merry was recalled to Britain on June 1, 1806.

In 1805, Burr conceived plans to emigrate out of the United States, which he claimed was for the purpose of taking possession of land in the Texas Territory leased to him by the Spanish. He traveled throughout Louisiana that year, and in the spring, Burr met with Harman Blennerhassett, who provided access to an island he owned on the Ohio River. Burr and his co-conspirators used this island as a space for gathering men and supplies, and Burr tried to recruit volunteers to enter Spanish territories. Reports of Burr’s plans first appeared in newspaper reports in August of 1805, suggesting that Burr intended to raise a western army and “to form a separate government.”

Burr returned to the West later in 1806 to recruit more volunteers for a military expedition down the Mississippi River. He continued to gather men and supplies on Blennerhasset’s island in the Ohio River. The Governor of Ohio grew suspicious of the activity there and ordered the state militia to raid the island and seize all supplies. Blennerhasset escaped with one boat and met up with Burr at the operation’s headquarters on the Cumberland River. With a significantly smaller force, the two headed down the Ohio to the Mississippi River and New Orleans. Commanding General of the Army James Wilkinson had vowed to supply troops to Burr at New Orleans; however, he had concluded that the conspiracy was bound to fail, and rather than providing troops, Wilkinson revealed Burr’s plan to President Jefferson.

Jefferson was warned several times of Burr’s possible conspiratorial activities by Joseph Hamilton Davies, the federal District Attorney for Kentucky. However, it was not until mid-1806 when Jefferson and his cabinet began to take more notice of reports of political instability in the West. Their suspicions of Burr were confirmed after Wilkinson’s revelation. Convinced of Burr’s guilt, Jefferson ordered his arrest.

Burr was charged with treason due to the alleged conspiracy and stood trial in Richmond, Virginia. He was acquitted due to lack of evidence, as Chief Justice Marshall did not consider conspiracy without actions sufficient for conviction. Burr—Revolutionary War hero, U.S. Senator, New York State attorney general and assemblyman, and finally, vice president under Jefferson—adamantly denied all charges against his honor, his character, and his patriotism.

Burr’s trial brought into question the ideas of executive privilege, state secrets privilege, and the independence of the executive branch of government. Burr’s lawyers, including John Wickham, asked Chief Justice John Marshall to subpoena Jefferson, claiming that they needed documents from Jefferson to accurately present their case. Jefferson proclaimed that as president, he reserved the right to decide, “what papers coming to him as President, the public interests permit to be communicated [and] to whom.” He insisted that all relevant papers had been made available and that he was not subject to this writ because he held executive privilege. He also argued that he should not be subject to the commands of the judiciary because the Constitution guaranteed the executive branch’s independence from the judicial branch. Chief Justice Marshall decided that the subpoena could be issued despite Jefferson’s presidency. Though Marshall vowed to consider Jefferson’s office and avoid “vexatious and unnecessary subpoenas,” his ruling was significant because it suggested that, like all citizens, the president was subject to the law.