Slave labor was an integral part of the economy of the North American colonies.

Evaluate how slavery shaped the economy of British colonies

Slavery formed a cornerstone of the British Empire in the 18th century. Every colony had slaves, from the southern rice plantations in Charles Town, South Carolina, to the northern wharves of Boston. Slavery was more than a labor system; it also influenced every aspect of colonial thought and culture. The uneven relationship it engendered gave white colonists an exaggerated sense of their own status. English liberty gained greater meaning and coherence for whites when they contrasted their status to that of the unfree class of black slaves in British America. African slavery provided whites in the colonies with a shared racial bond and identity.

At the dawn of the American Revolution, 20% of the population in the 13 colonies was of African descent. The legalized practice of enslaving Africans and African Americans occurred in every colony and was first legalized in Massachusetts in 1641; however, the economic realities of the southern colonies perpetuated the institution. During the Revolutionary era, more than half of all African Americans lived in the Chesapeake region (Virginia and Maryland), where they made up more than 50% of the population. The majority of these African Americans were slaves. The first official United States Census, taken in 1790, showed that only 8% of the black populace was free. Whether free or enslaved, African Americans in the Chesapeake established familial relationships, networks for disseminating information, survival techniques, and various forms of resistance to their condition.

Various forms of slavery and forced labor have existed in nearly every society in recorded history. While neither England nor the British colonists in colonial North America invented slavery, they and other European nations expanded slavery from the shores of Africa to Europe and the Western Hemisphere, and in so doing, transported millions of people out of their native homes. The realities of life in the Americas—violence, exploitation, and particularly the need for workers—were soon driving a thriving practice of slavery and forced labor.

In the New World, the institution of slavery assumed a new aspect when the mercantilist system demanded a permanent, identifiable, and plentiful labor supply. African slaves were both easily identified (by their skin color) and plentiful, because of the thriving slave trade. This led to a race-based slavery system in the New World unlike any bondage system that had come before.

The transatlantic slave trade operated from the late 16th to early 19th centuries, carrying slaves, cash crops, and manufactured goods between West Africa, Caribbean or American colonies, and the European colonial powers. The use of African slaves was fundamental to growing colonial cash crops which were exported to Europe. European goods, in turn, were used to purchase African slaves, who were then brought on the sea lane west from Africa to the Americas.

The route from Africa to the Americas was known as the Middle Passage as it was the middle portion of the triangular slave trade. Finished goods were transported from Europe to Africa; slaves were transported from Africa to the Americas; and the slave-produced resources were shipped back to Europe to be made into finished goods. Depending on the weather, time of year, current strength, and destinations, it could take anywhere from a few weeks to a few months to make it from Africa to an American port, and many slaves died along the way.

Slavery in the Colonies

Slavery manifested differently in different parts of the British colonies of North America and was an integral part of the economic culture of the Chesapeake (in tobacco) and the lower South (in rice, indigo, tobacco, and eventually cotton). In the Chesapeake region, the average slave owner owned one slave. Slaves were used to work the labor-intensive tobacco harvest. Because tobacco was harvested once a year, slaves toiled in the fields for only a few months out of the year. Therefore, slaves in the Chesapeake were often leased to other families and worked in fields or homes of their temporary masters. Members of the middle class, such as teachers, lawyers, business owners, and doctors most commonly owned slaves. There was very little commercial farming in the Chesapeake due primarily to the limited growing season.

In the lower South, from the Carolinas to Georgia, slaves tended to work year-round as the weather allowed multiple harvests. Initially, the majority of southern slaves were on the British island of Barbados, working in the sugar cane fields. Slowly, however, slave owners realized that the weather and soil from the Carolinas to Georgia allowed year-round farming, so slave owners moved their slaves to the American South. Farms tended to be larger in the lower South than in the Chesapeake, and farmers worked a variety of crops (such as rice, indigo, and tobacco) staggered over the year. The average British colonist living in the South owned three slaves. 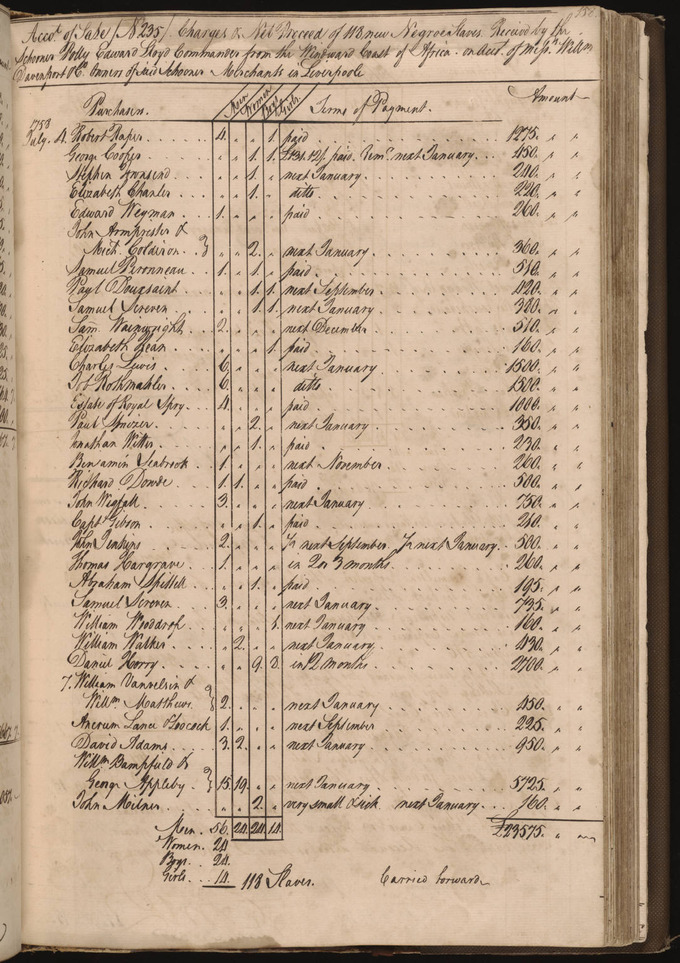 Slavery and the Economics of Empire

Slave colonies produced 95% of all British exports during the period between the establishment of Virginia and the American Revolution. According to the mercantilist practices of the day, raw resources would be turned into finished goods in England and then exported to the Americas to be purchased, thus creating new markets for English goods. Slavery was not as much a part of the economic culture of the North, which tended to focus on the building of industry. Most English settlers in the North grew their own food and made their own finished products; what they could not grow or make, they did without. Though slave labor was used disproportionately in the southern colonies, northern economic interests became increasingly intertwined with southern production.

Until 1808, when the importation of African slaves was outlawed, it was simply cheaper to work slaves to death and buy new ones than it was to take care of current slaves. Therefore, there was a constant need for African slaves, especially as southerners pushed further west and began cultivating new land. 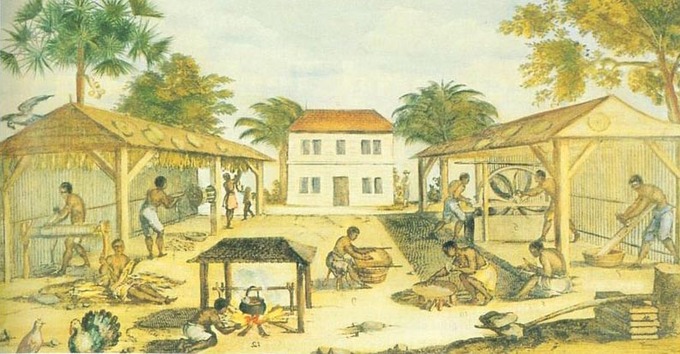