Realignment of the Party System

The presidential election of 1852 was the last time the Whig Party nominated a candidate; the party collapsed shortly thereafter.

Examine how the election of 1852 reshaped political parties

The election of 1852 was the last election in which the Whig Party nominated a candidate before the party collapsed following Winfield Scott’s loss to Franklin Pierce. It was an election cycle characterized by high degrees of polarization along sectional rather than political lines.

The 1852 Whig National Convention held in Baltimore was bitterly divided. Supporters of President Millard Fillmore, who had succeeded to the presidency after the death of President Taylor, counted the Compromise of 1850 as a success on Fillmore’s record. However, Northern Whigs resented the Compromise of 1850, believing that the bill favored the slaveholding South. As a result, Northern Whigs threw their support behind Mexican-American War hero General Winfield Scott of Virginia, who went on to win the party’s nomination. 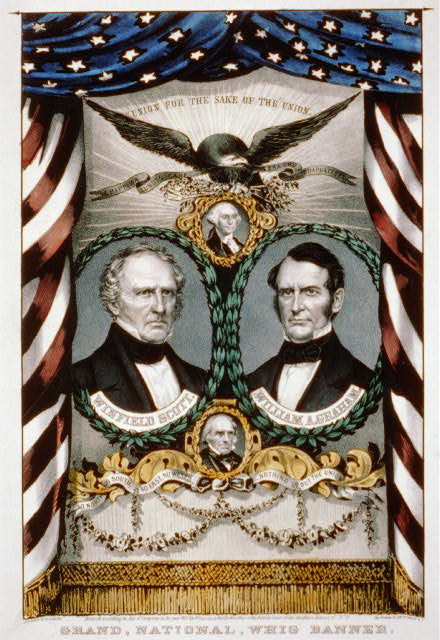 Scott-Graham poster: A campaign poster for Winfield Scott and William A. Graham.

The Democrats also met in Baltimore in June 1852 and selected Franklin Pierce—a rather obscure public figure at the time—as their candidate. Although Pierce hailed from the Northern state of New Hampshire, he defended the supremacy of states’ rights as integral to maintaining a united nation and firmly supported the Compromise of 1850. Arguing that Pierce was a “Northern man with Southern principles,” Democrats were able to make a case for his nomination that appealed to both Northern and Southern party members. Southern Democrats were convinced that Pierce’s administration would secure the future of slavery in the territories, while Northern Democrats were relieved to nominate a candidate who did not espouse radical proslavery or antislavery principles. Hence, the slavery issue split the party from the outset, which would continue to cause conflict among Democrats for much of Pierce’s administration.

Pierce and running mate William R. King won what was at the time one of the nation’s largest electoral victories, trouncing Scott by 254 electoral votes to 42. The outcome was a testament to the sectional and organizational weaknesses within the Whig Party. During his years in office, Pierce’s support of the Compromise of 1850—particularly his rigorous enforcement of the Fugitive Slave Act —appalled and alienated many Northerners, including factions of the Democratic Party. With the demise of the Whig Party, many Northerners, bitterly resenting the heavy enforcement of the Fugitive Slave Act under Pierce, began to loosely coalesce with the emerging antislavery Republican Party. 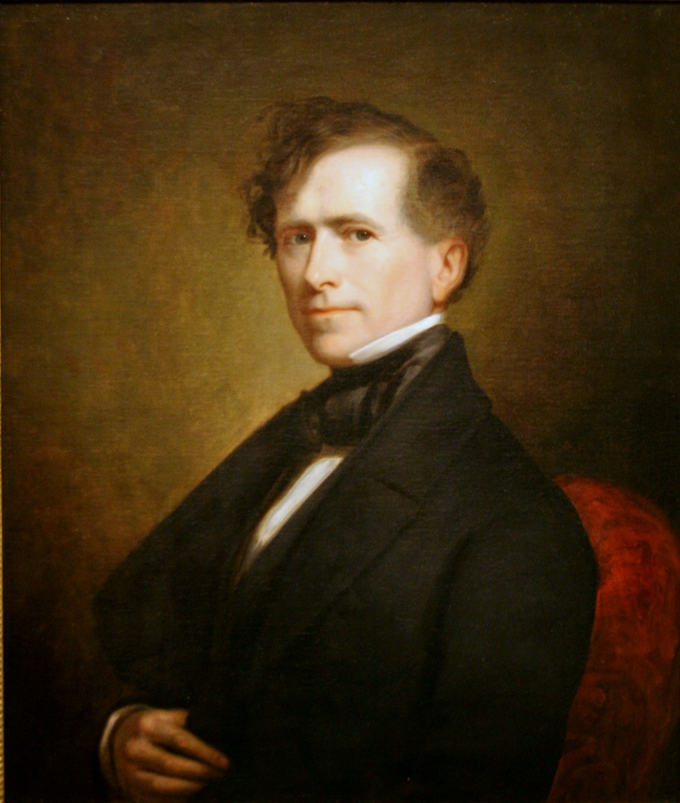 The Rise of the Republican Party

The Republican Party was formed out of a loose coalition of Northern ex-Whigs who resented Southern political power.

Realignment of the Party System in the 1850s: The Republicans

Following the collapse of the Whigs during the election of 1852, a major realignment of the American political party system occurred with former Whigs splintering into various political factions. Anti-immigration and temperance movements formed the platform of the emerging American (“Know-Nothing”) Party, while those interested in the economic development of finance and business in the West and North were attracted to the Republican Party. By 1858, the Republicans enjoyed majorities in every Northern state and therefore controlled the electoral votes in 1860 presidential election.

The driving ideological forces of the Republican Party were commercial expansion, modernization, and agricultural development in the West. Republicans were opposed to the perceived “anti-modernity” of the Southern slave culture and rallied behind the slogan of “Free Soil, Free Labor, Free Men,” which they argued was representative of classical American republicanism. Republicans sponsored bills, such as the homestead program, that would give western lands to individual (non-slave owning) farmers, and supported internal improvements designed to facilitate commercial travel to the frontier and develop infrastructure. Republicans argued that the North and the West were models of economic development, autonomy, and production in contrast to the South’s limited industry and slave-labor system. Republicans portrayed themselves as the party of economic opportunity and advancement, offering individuals the chance for work, land, and success.

To that end, Republicans supported various railroad- and steamboat-building projects, approved the construction of new canals and roads, wrote legislation for higher tariffs as entrepreneurial incentives for financiers and industrialists, and passed homestead acts that enabled thousands of families to move west to establish productive farms and form larger communities. The “Free Soil, Free Labor, Free Man” ideology came to represent a Northern and western economy that was prosperous, commercial, and modern, and that resonated with the classical republican virtues of equality, liberty, self-government, and labor. This ideology cast the Republicans as the true heirs of the Jeffersonians.

However, it is important to note that mainstream Republicans were not inherently antislavery or abolitionist. Instead, they opposed the extension of slavery into western territories and new states, believing that the institution of slavery should be restricted to its traditional Southern boundaries. Opponents of the expansion of slavery included those who resented Southern political power, were committed to free labor as the future of American industry, or were morally opposed to slavery itself (for example, abolitionists from the more radical wings of the Republican Party). 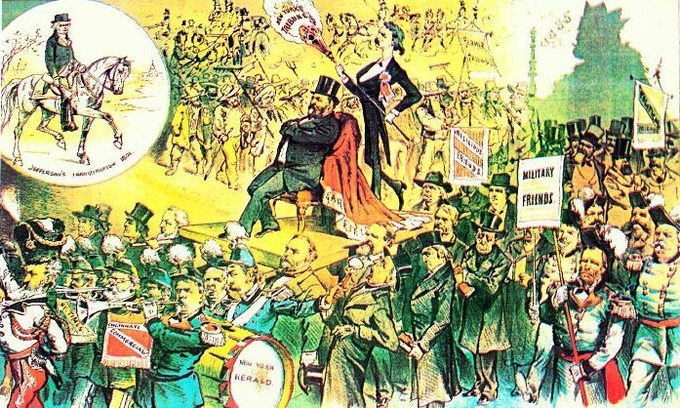 Cartoon of the James Garfield inauguration: An 1881 cartoon attacks the imperial splendor of Garfield’s inauguration in contrast to Jefferson’s republican simplicity (depicted in the upper-left corner).

The Whigs and Democrats were in opposition to each other from 1840 to 1861, but both encountered intraparty sectionalism over slavery.

Examine the points of contention within the Whig and Democratic Parties

Whigs and the Slavery Issue: The Compromise of 1850

A primary conflict between Democrats and Whigs revolved around California’s admission to the union as a free state, which would upset the sectional balance of power between free and slave states in Congress. The result was an arduous legislative battle between Southern and Northern representatives, with the South arguing that Congress and the states did not have the authority to legislate against the territorial expansion of slavery. Realizing that this sectional divide could split the country, Whigs and Democrats came to a compromise that they hoped would prevent secession. The ensuing Compromise of 1850 allowed California to be admitted as a free state, but strengthened the Fugitive Slave Law and made no provisions for how other territories could address the slavery issue.

The Whigs were unable to effectively address the slavery issue after 1850. Nearly all of their Southern members owned slaves, while the Northeastern Whigs were largely businessmen who sought national unity and a strong national market but cared little about the institution of slavery. There was no compromise that could keep the Whigs united, which contributed to the party’s demise in the 1850s. 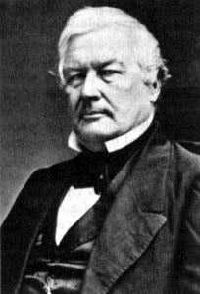 The election of 1852 marked the final collapse of the Whigs. The deaths of Henry Clay and Daniel Webster that year severely weakened the party, and the Compromise of 1850 fractured the Whigs along proslavery and antislavery lines.

In 1854, Congress passed the Kansas-Nebraska Act, which opened new western territories to slavery. Southern Whigs generally supported the Kansas-Nebraska Act, while Northern Whigs remained strongly opposed to the expansion of slavery into the territories. Most remaining Northern Whigs, including Abraham Lincoln, began to form factions that attacked the Act, appealing to widespread Northern outrage over the repeal of the Missouri Compromise. Other Whigs with xenophobic views joined the American Party. 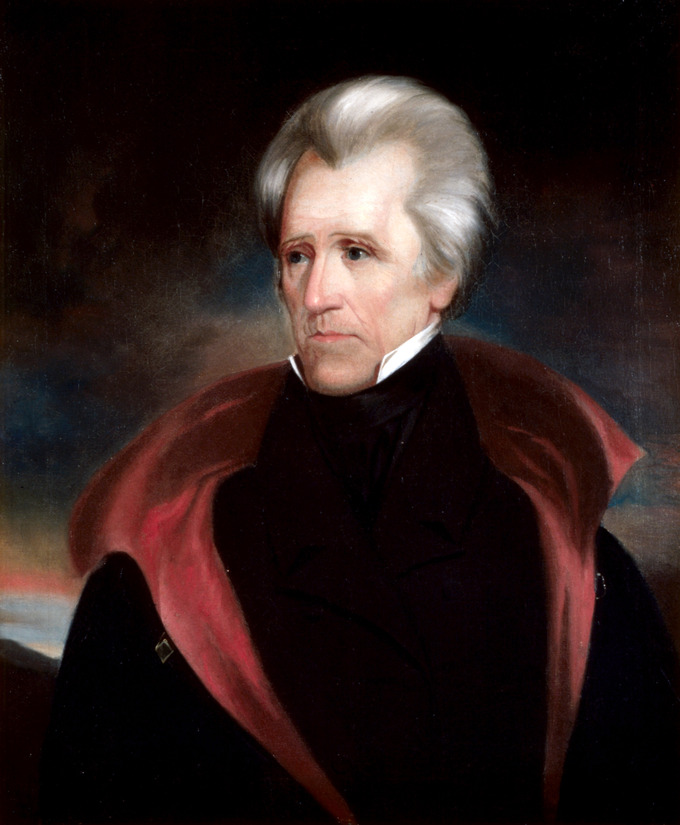 Following the passage of the Kansas-Nebraska Act, the Democratic Party also experienced an internal split. Historically the party had been split into two factions since 1828, with one faction, the National Republicans, being more strongly federalist than other Democrats. Yet by the 1850s, the issue of slavery divided the party even further. Northern Democrats, such as Stephen Douglas, believed that the slavery issue should be decided by popular sovereignty. The more conservative Southern Democrats such as John C. Calhoun, however, insisted that slavery was— and should remain—a national institution. Many Northern, antislavery Democrats flocked to the Free-Soil coalition and joined Northern Whigs to form the Republican Party, whereas Southern, proslavery Democrats coalesced to form the Southern Democratic Party. As a result, the Democrats became almost entirely a Southern party platform, alienating any existing Northern supporters who were largely antislavery.

The result of this sharp sectional split within the Democratic Party was that Democrats were unable to mobilize an effective, united political platform in order to prevent the Republicans from achieving a majority in the electoral college. In the 1860 presidential election, the worsening divide among Democrats led to their nomination of two separate presidential candidates, neither of whom could raise enough electoral support to surpass the electoral support for the Republican Party’s candidate. This paved the way for the eventual election of Republican candidate Abraham Lincoln in 1860. 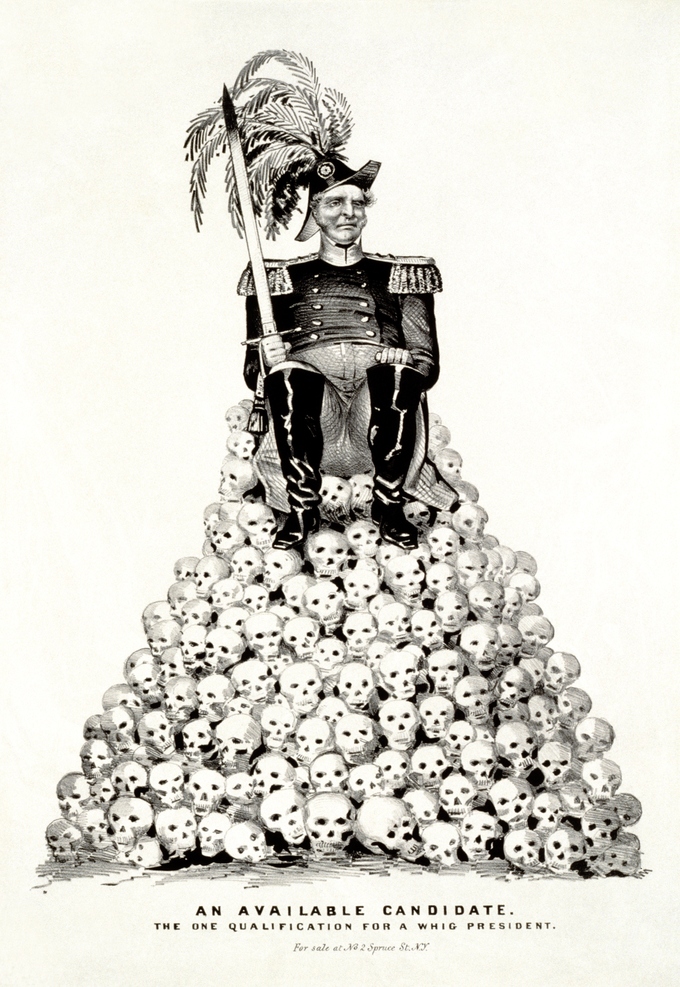 Whig primary, 1848: “An Available Candidate: The One Qualification for a Whig President.” This political cartoon about the 1848 presidential election refers to Zachary Taylor and Winfield Scott, the two leading contenders for the Whig Party nomination in the aftermath of the Mexican-American War. Published by Nathaniel Currier in 1848.

The election of 1856 demonstrated the extremity of sectional polarization in U.S. national politics.

Discuss the significance of the election of 1856

The election of 1856 demonstrated the extremity of sectional polarization in national politics during this era. Since the previous election, the Whig Party had disintegrated over the issue of slavery, and new parties (including the Republican Party ) competed to replace it. The Republicans nominated John C. Frémont, who condemned the Kansas-Nebraska Act and supported measures to curtail the expansion of slavery. The American Party (known as the Know-Nothing Party) nominated former president Millard Fillmore, who largely ignored the slave issue in favor of an anti-immigrant platform. 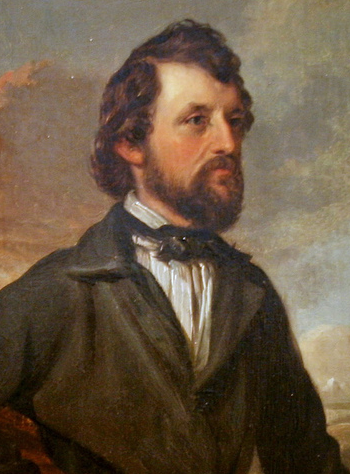 John C. Frémont: Republican candidate in the election of 1856.

The Democrats, on the other hand, supported James Buchanan. He had remained out of the crossfire of sectional disputes in his post as ambassador to Britain, making him appear more neutral and therefore appealing to a wider cross-section of Democrats than other potential nominees, such as incumbent President Franklin Pierce. Buchanan embraced the relatively moderate popular sovereignty approach to the expansion of slavery in his election platform and warned that the Republican Party was a coalition of radical antislavery extremists that would force the country into Civil War. Buchanan won the election of 1856 with the full support of the South as well as five free states. 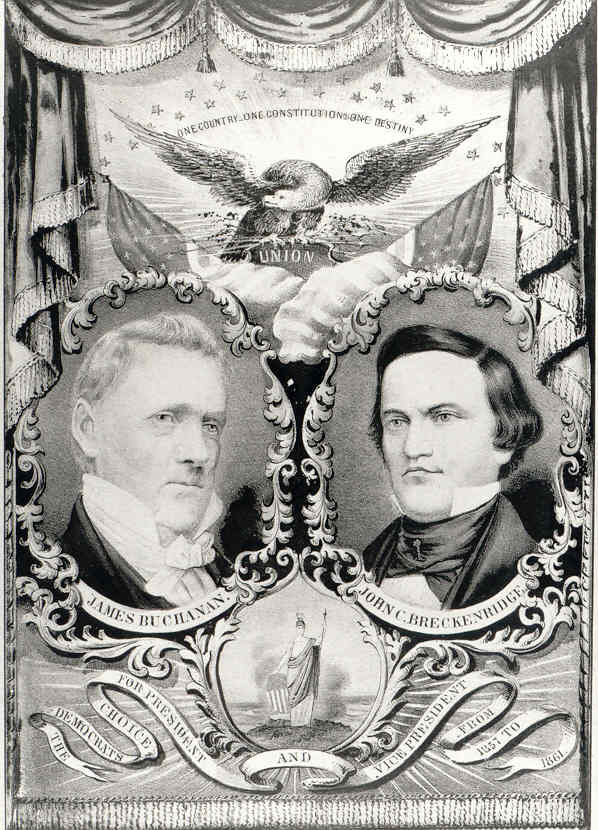 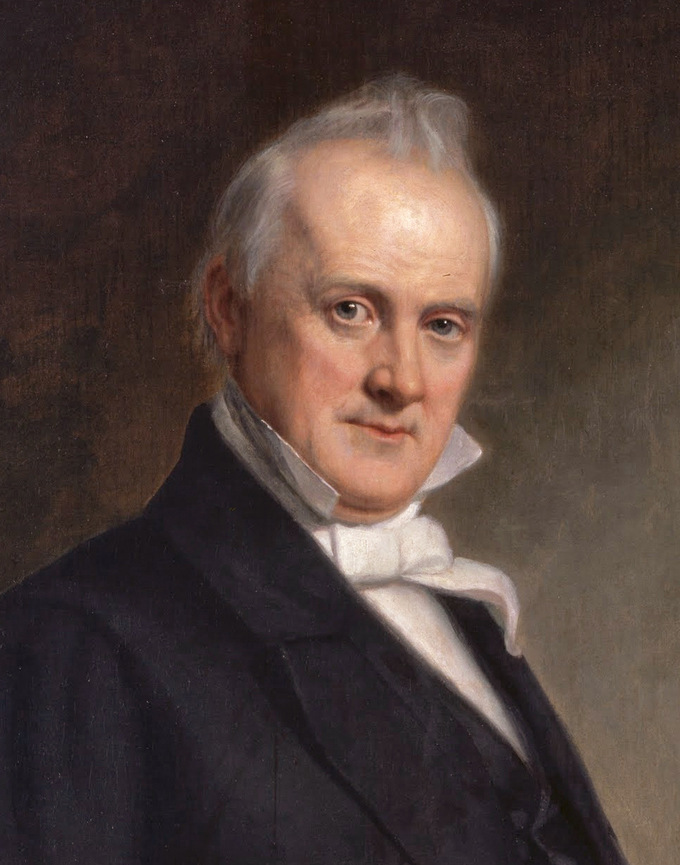 James Buchanan: Democratic candidate for president in 1856 and fifteenth president of the United States.