The Second Continental Congress established the Continental Army in June 1775 and elected George Washington as commander-in-chief.

On June 14, 1775, the Second Continental Congress established the Continental Army, raising 22,000 troops from the Boston area and 5,000 from New York. Many of these troops had little training or military experience; the minimum enlistment age was 16. On June 15, 1775, George Washington was elected as commander-in-chief of the Continental Army. 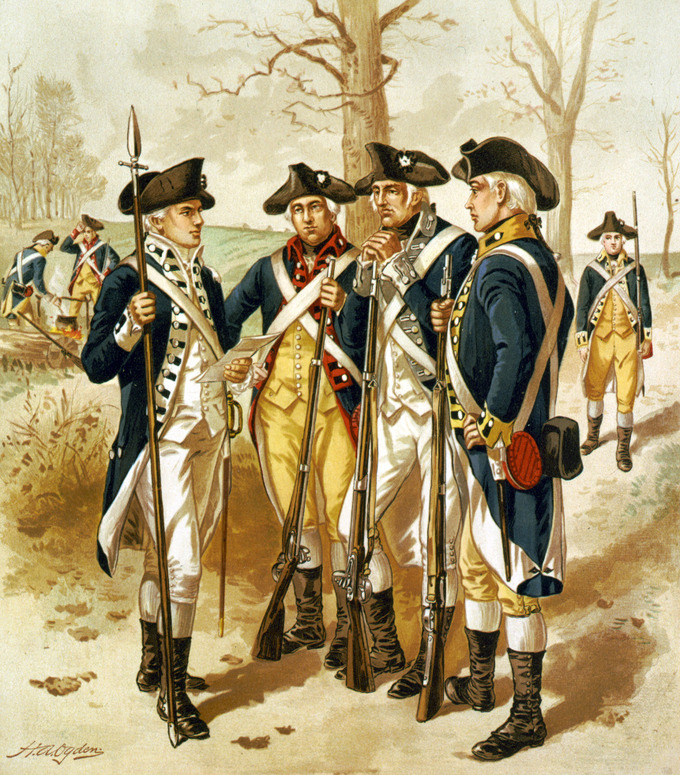 As the Continental Congress increasingly adopted the responsibilities and posture of a legislature for a sovereign state, the role of the Continental Army was the subject of considerable debate. Though the war against the British required the discipline and organization of a modern military, many Patriots objected to maintaining a standing army. Washington was never financially compensated for his service as Army commander. The financial responsibility for providing pay, food, shelter, clothing, arms, and other equipment to army units was given to the 13 states by Congress. Unfortunately, the states frequently failed to fulfill these obligations. In 1776, Congress passed the “Eighty-eight Battalion Resolve,” ordering each state to contribute regiments in proportion to their population.

Lack of funds for the war effort was a major concern for Congress and resulted in poor conditions for soldiers. Standard conditions for the Continental Army included low pay, hard work, freezing winters, hot summers, poor clothing and shelter, little food, harsh discipline, and a strong likelihood of becoming a casualty. Recruitment depended on the voluntary enlistment of Patriots from each of the 13 states. Early in the war, rising patriotism contributed to high rates of enlistment, however, as the war dragged on, bounties and other incentives became increasingly commonplace. Two major mutinies late in the war drastically diminished the reliability of two of the main units, and officers were faced with constant discipline problems. High turnover was a consistent issue, particularly in the winter of 1776–1777.

American soldiers at the siege of Yorktown, by Jean-Baptiste-Antoine DeVerger: This watercolor features several Continental foot soldiers, including an African American soldier from the first Rhode Island Regiment.

Congress’ hesitance to establish a standing army resulted in short, one-year enlistment periods in the beginning of the war. In 1777, enlistment terms were extended to three years or “the length of the war.” In the later years of the war (1781–1782), Congress was bankrupt and it was difficult to replace the soldiers whose three-year terms had expired. Popular support for the war was at an all-time low, and Washington had to put down mutinies both in the Pennsylvania and New Jersey lines.

Congress also created a Continental Navy in 1775. The main goal of naval operations was to intercept shipments of British supplies and disrupt British maritime commerce. The initial fleet consisted of converted merchantmen; later in the war Congress commissioned several warships. Ultimately, the naval effort contributed little to the overall outcome of the rebellion. Following the war, Congress dissolved the navy due to lack of funds. 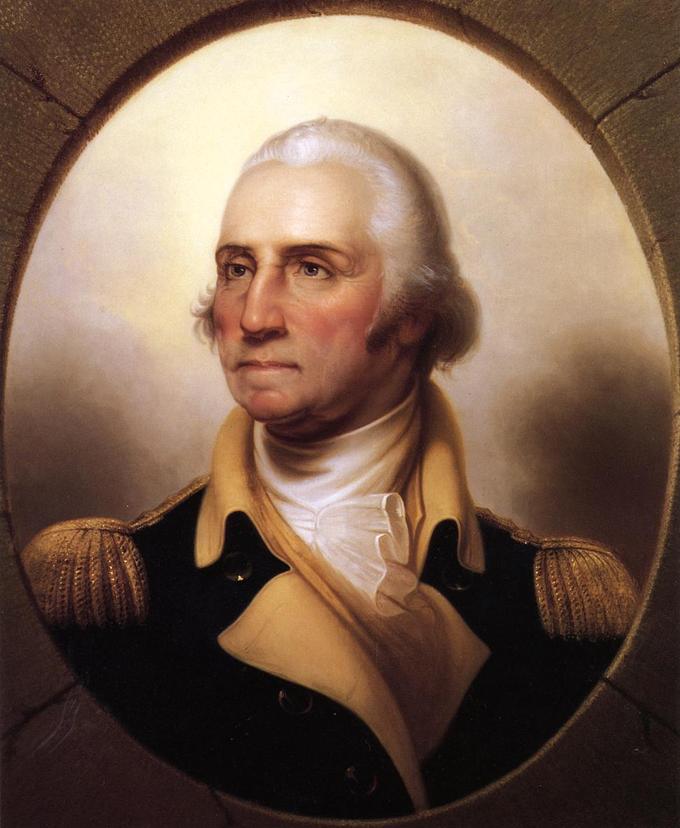 For the British, maintaining effective leadership was a greater challenge than raising troops, leading them to crippling losses.

Evaluate the challenges Britain faced throughout the war

Lord George Germain served as secretary of state for America during the Revolutionary War. He was the primary architect of British strategy in the Revolutionary War, working closely with British Prime Minister Lord Frederick North. In addition to strategic planning, Germain was responsible for promoting and relieving generals and distribution of provisions and supplies. Germain’s poor understanding of the geography of the colonies and the terrain of North America were great disadvantages. Germain and North also underestimated the strength of the colonists. Following the war, Germain’s ministry received much of the blame for Britain’s loss of the 13 American colonies.

In 1775, British forces were sent to America to put down what was initially expected to be a short-lived rebellion. Because the British army was understaffed at the outset of the war, the British government hired the armed forces of several German states. These allies supplied roughly 30,000 soldiers, or approximately one-third of British forces in North America. These German soldiers became known as “Hessians” to the Patriots and were viewed as mercenaries. By 1779, the number of British and German troops stationed from Canada to Florida was over 60,000. The ministry also sought to recruit Loyalist soldiers with limited success. The British never found the amount or quality of Loyalist support in the colonies they had anticipated.

Maintaining capable leadership was a challenge for the British throughout the war. General Thomas Gage, in command of British forces in North America during the early rebellion, suffered criticism for his leniency.

Many speculated that he harbored sympathies for the Patriots due to the influence of his American wife. Several senior British officers turned down appointments or publicly resigned commissions because they chose not to take sides in the conflict, including General Jeffrey Amherst and Admiral Augustus Keppel. William Howe and Henry Clinton, officers with prominent roles in the war, publicly declared that they were unwilling participants and merely following orders.

In general, Whig politicians were vehemently opposed to the Tory plan for militarily suppressing the colonial rebellion, causing great divisions within Parliament. As the British army suffered strategic defeats in battles such as Saratoga and Yorktown, the Whigs gained prominence within Parliament and Lord North’s ministry began to collapse.

Though the British defeated the colonists in a majority of the battles of the Revolutionary War, these victories rarely achieved decisive results. Conversely, the British defeats at the Battle of Saratoga and Siege of Yorktown had a strongly negative impact on British morale, prestige, and manpower.

Aside from the problems inherent in the understaffing of their troops and logistical distance from the battlefields of North America, there were other strategic and psychological factors that prevented the British from achieving outright victory. First, there was no central area of strategic importance necessary to gain victory in the colonies, unlike many of the European conflicts the British army was accustomed to fighting. So, although the British were able to capture large cities such as New York, Philadelphia, or Boston, none of these strategic victories were enough to decisively end the war in British favor. The colonies had not been centralized prior to the war and British forces on the ground were not sufficient to both occupy captured land and cover territories not yet subdued stretching from Canada to Florida. Therefore, many Patriot defeats were quickly reversed on the ground when Patriot militia occupied formerly captured land because British regulars could not sufficiently cover the area. The manpower shortage became even more critical when France, Spain, and the Netherlands entered the war on the side of the colonies.

The British were also hindered by the need to maintain Loyalist allegiance on the ground, which prevented them from utilizing harsh methods for suppressing the Patriot rebellion as they had already done in similar situations that had arisen in Ireland and Scotland. Because Loyalists came from the same communities as Patriots, extreme measures could not be taken on the ground for fear of alienating local support for the British crown. Nonetheless, many neutral colonists were driven to the Patriot cause as a result of heavy brutality, making a single American victory on the battlefield more psychologically significant to Patriot morale and support than a string of British successes in the long term. 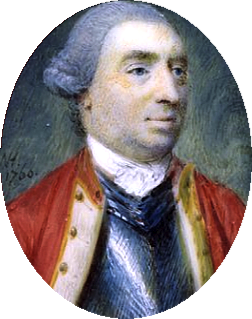 George Germain, 1st Viscount Sackville by Nathaniel Hone the Elder, 1766: As secretary of state for the American department, Germain was largely responsible for British strategy in the Revolutionary War.

In the early stages of the American Revolution, battles over Quebec, New York, and New Jersey played an important role in the war.

The invasion of Canada in 1775 was the first major military initiative by the newly formed Continental Army during the American Revolutionary War. The objective of the campaign was to gain military control of the British Province of Quebec and to persuade the French-speaking Canadiens to support the revolution.

A simultaneous expedition left Cambridge, Massachusetts, under Benedict Arnold and traveled with great difficulty through the wilderness of Maine to Quebec City. This arduous trek left Arnold’s surviving troops starving and lacking in basic supplies and equipment. Montgomery joined Arnold outside of Quebec with an army much reduced in size due to expiring one-year enlistment terms.

In December 1775, Montgomery and Arnold’s combined forces were defeated at the Battle of Quebec. The battle was a disastrous defeat for the Patriots. Montgomery was killed and Arnold wounded. Arnold then conducted an ineffectual siege on the city, but was driven over the border, back to Fort Ticonderoga. The Patriot forces were disorganized and weakened by smallpox by this point. Meanwhile, Loyalist sentiments in Canada were boosted by successful propaganda campaigns launched by the British.

The failure of the Continental Army to hold New York strengthened Loyalist sentiment in the region. Spirits were low among the Continental troops and popular support for the war was wavering. Washington’s army had dwindled to fewer than 5,000 men fit for duty and would be significantly reduced after enlistments expired at the end of the year.

News of the capture of New York was favorably received in London, and General Howe was awarded the Order of the Bath for his work. Combined with news of the recovery of Quebec, circumstances suggested to British leaders that the war could soon be won. Britain maintained control of New York City until the war ended in 1783, using it as a base for operations elsewhere in North America.

Meanwhile, Washington’s army organized attacks on British outposts already battling ongoing militia and army raids as he was repulsed from New York by the British. In mid-December, Washington planned a two-pronged attack on an outpost in Trenton, including a third diversionary attack in Bordentown. On the evening of December 25, 1776, Washington led 2,400 of his men across the treacherous Delaware River to ambush Hessian soldiers guarding the British fort at Trenton. The German soldiers were completely caught off guard and the Continental Army quickly triumphed at the Battle of Trenton, killing or capturing nearly 1,000 Hessians. This victory increased Patriot morale and recruitment.

The victory also drew General Charles Cornwallis from New York. Cornwallis reassembled an army of more than 6,000 men and marched most of them against a position Washington was holding south of Trenton. He then stationed a garrison of 1,200 at Princeton and attacked Washington and his men on January 2, but was repulsed three times before darkness set. That night, Washington stealthily moved his troops again, intending to attack the garrison Cornwallis left at Princeton. The British lost more than a quarter of their forces in the battle and convinced General Howe to withdraw most of his army from New Jersey, with only outposts at New Brunswick and Perth Amboy remaining. Though the Americans suffered significant casualties and lost important supplies, Washington retained the core of his army and had successfully retaken most of the state from the British.

After both British and Continental Army troops entered their winter quarters in early January, Continental Army forces from New Jersey and Pennsylvania engaged in numerous scouting and harassing operations against British and German troops quartered in New Jersey. Cornwallis’ troops were attacked as they attempted to forage for provisions and the Continental Army employed scorched earth tactics to further deny supplies to the British. The Continental Army was bolstered during these skirmishes by a large number of militia from New Jersey, New York, and Pennsylvania. Though both armies laid elaborate traps for each other, the Patriots held an advantage due to their superior knowledge of the regional geography. Northern and coastal New Jersey continued to be the site of skirmishing and raiding by the British forces that occupied New York City for the duration of the war. 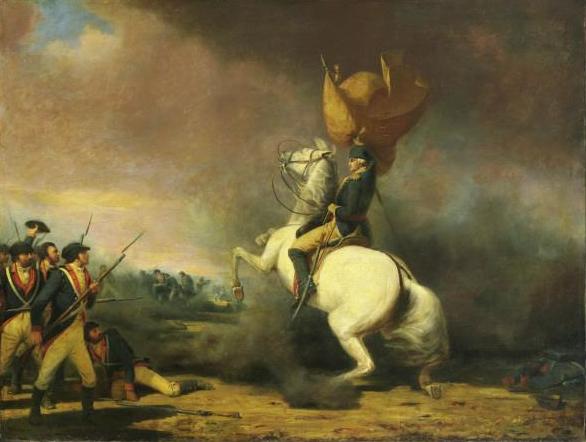